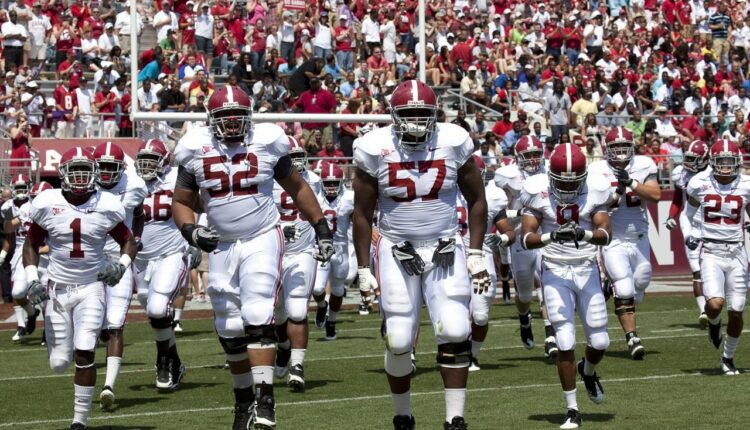 If you play fantasy football, you know how impactful injuries can be. Injuries can make or break your season and determine who wins and who loses. Understanding injuries and the effects they can have on performance and production is a big part of being a good fantasy player.

In fact, a lot of your research time is likely spent going over injury reports and the latest updates.

Having a fundamental understanding of injuries in the NFL is important to help you be the best possible fantasy player.

Due to the high injury rates on special teams, recently, the NFL issued a call to action. In February of this year, the NFL started discussing new training requirements and rule changes.

While concussions have been trending downward, other injuries, including ACL tears and muscle injuries to lower extremities, have been going up.

The NFL issued a similar call to action for concussions in 2018, which is credited with the decline.

So what injuries are most common regardless of rule changes and guidelines?

Researchers have been looking at knee injuries in the NFL over a period of time. According to some research, knee injuries during a certain five-year period made up around 20% of all injuries.

Knee injuries are common in all levels of football because there are so many moving parts that can be strained or torn when a player is tackled while running.

While we can categorize ACL injuries under the broader umbrella of knee injuries, they’re so significant in the NFL that it’s important to discuss them on their own.

During the period from 2013 to 2020, more than 379 ACL tears were identified. This included nearly 67% that happened during gameplay and more than 31% that occurred during practice. Practice injuries were higher in the preseason versus the rest of the season.

There are a complex set of ligaments and tendons that support and stabilize the knee joint. These tissues are vulnerable to injury.

The ACL is responsible for maintaining the rotational stability of your knee and preventing your tibia, which is your shinbone, from slipping in front of your femur. The femur is the thighbone.

A torn ACL is a common injury among all types of athletes, and surgery is often required to repair it.

An ACL tear refers to a situation where the anterior cruciate ligament is partially or completely ruptured.

After the ACL is torn, it can’t repair or regenerate itself.

People of all ages and physical conditions can tear the ACL.

PCL stands for the posterior cruciate ligament. This is another type of specific knee injury. The PCL, like the ACL, helps stabilize your knee. The PCL helps keep your leg bones in place and lets your knee move back and forth. It’s the strongest ligament in the knee, and tears are often the result of severe knee injuries.

It takes a lot of force to injure the PCL, and this injury often occurs with other types of knee damage, such as an injury to the blood vessels or nerves.

In the NFL, another common general category of injuries is shoulder injuries.

A rotator cuff is a group of tendons and muscles surrounding the shoulder joint. They keep the top of the upper arm bone within your shoulder socket.

Rotator cuff injuries can occur from overuse but also from single injuries.

Other shoulder injuries can include:

Millions of people who don’t play professional sports suffer from foot and ankle injuries every year. You can imagine how playing in the NFL could make this situation much worse.

Foot and ankle injuries can range from mild to severe. For example, a player could experience a minor pull or an ankle sprain.

Foot and ankle injuries can occur not only from direct contact between players but also from other issues. For example, shoes and cleats have become better designed for performance, but they’re lighter and offer less stability than they did in the past.

Players are also bigger and faster than they were in the past, so the ankle and foot are responsible for supporting high traction and friction levels during play, meaning there’s a lot of force on those parts of the body.

Finally, a hamstring injury is when you strain or tear the tendons or large muscles located at the back of your thigh. These are injuries common in athletes, and they can vary in severity, up to a complete muscle tear.

Data shows wide receivers get around 55% of all the hamstring injuries in the NFL. Across any position, the average number of games a player misses because of a hamstring issue is 1.8.

Data also indicates players aren’t as productive when they return after a hamstring injury.

If someone returns to activity too quickly after this type of injury, it can make it significantly worse.

Fairly recently, teams have started putting more focus on prevention and conditioning to help lower the prevalence of hamstring injuries. It’s likely that there will be even more focus on this going forward, as the injuries are having big impacts on player health and team wins.