Woman who died in buggy crash during honeymoon farewelled in Sydney 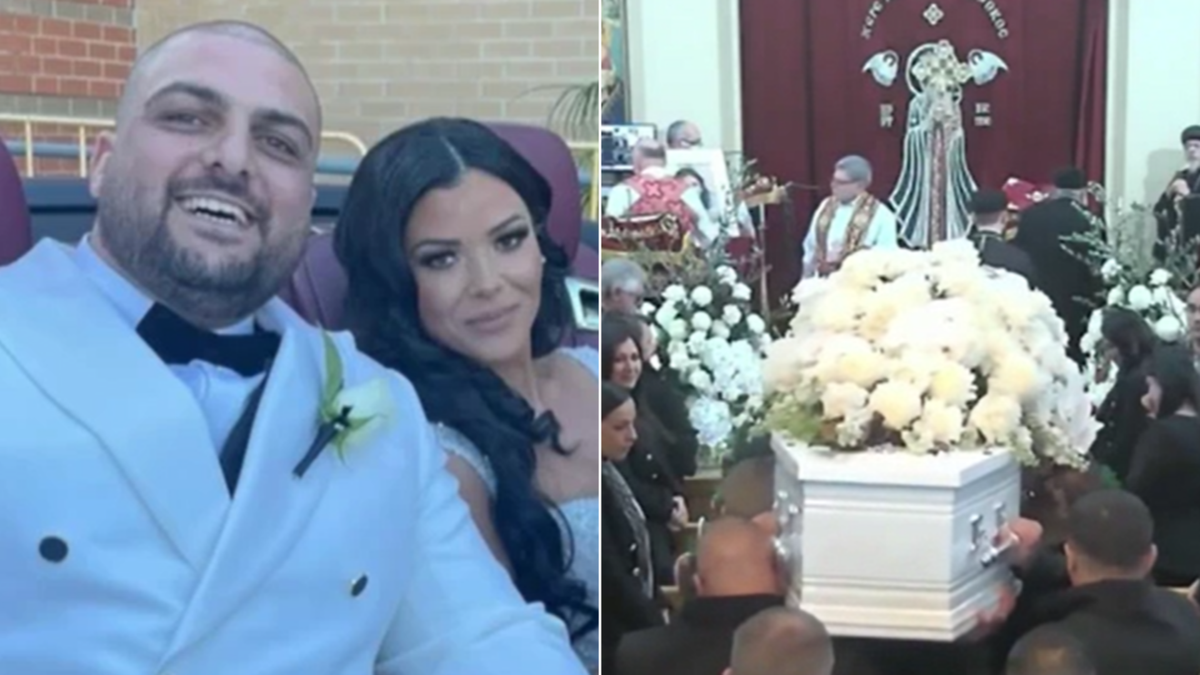 A Sydney woman who died during her honeymoon on Hamilton Island last week has been farewelled.

See more in the video above

On Saturday, hundreds of mourners gathered at the same church to farewell the 29-year-old.

“I can’t explain the sadness in my heart… my wife was loved… by so many and so many felt her, she taught kindness,” her husband said on Saturday.

Her brother Mark Hanna added: “Marina will never be forgotten”.

“Her beautiful soul, angelic smile and caring nature will always be remembered and hopefully burn within us forever,” he said.

“I will see you soon Marina Rose Hannah Morgan. Until then, rest in paradise.”

Robbie, determined to keep his wife’s legacy alive, revealed a charity would be created in Marina’s name to support those less fortunate.

“And it’s in her honour that I’ll be opening the Marina Morgan Foundation… to spread hope, love and kindness throughout the world,” he said.

A date for the launch of the foundation is yet to be announced.

Husband Robbie had been driving the buggy on Hamilton Island at the time of the crash.

He is believed to have been performing a U-turn when the vehicle tipped over, resulting in Marina suffering fatal injuries.

She is not believed to have been wearing a seatbelt.

A paramedic stationed on the island – plus first aiders including an off-duty dentist, an off-duty fire officer and a doctor – had tried to revive Marina for 35 minutes, but she died at the scene.

Police have ruled out alcohol as a cause of the crash but the investigation remains open.

Denial of responsibility! NewsConcerns is an automatic aggregator of the all world’s media. In each content, the hyperlink to the primary source is specified. All trademarks belong to their rightful owners, all materials to their authors. If you are the owner of the content and do not want us to publish your materials, please contact us by email – admin@newsconcerns.com. The content will be deleted within 24 hours.
NewsNSW NewsQLD News
0
Share