Will 'Moderate Party' give Americans a 3rd choice at polls? 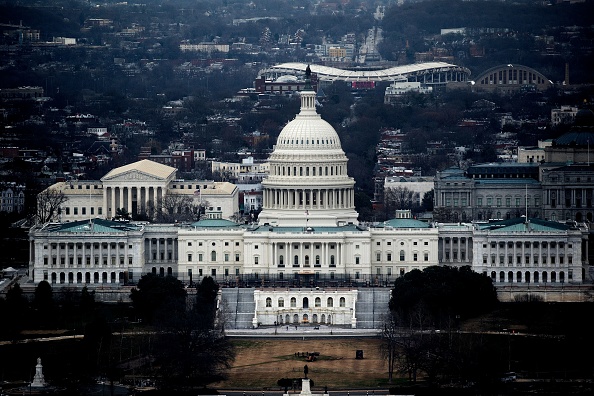 (NewsNation) — The United States of America has long been a two-party system where voters must choose between Republicans and Democrats on voting day, with very few other viable or recognizable options on a ballot.

As Democrats and Republicans continue to grow farther apart, each moving ever closer to its extreme wing of the party, a new “Moderate Party” appears to be taking shape in Washington, D.C.

But the question lingers, can this new caucus gain enough traction to make waves on Capitol Hill? Or will the powers of the Democratic and Republican parties stomp it out?

NewsNation’s Dan Abrams believes a middle or moderate party would encompass a “vast majority of Americans” if it were to be embraced on a national scale. U.S. House Rep. Tom Malinowski, D-N.J., penned a letter in the New York Times this week predicting a third, more moderate, party was on its way.

In the letter, Malinowski calls the new “Moderate Party” an “experiment” and an “alliance between Democrats of all stripes, independents and moderate Republicans” that can save America from “toxic polarization.”

How will Johnson’s resignation impact the US?

Malinowski’s proposal however uses the idea of bringing back “fusion voting,” an old school term which refers to two parties coming together to vote one way on a certain candidate. Fusion voting was banned in New Jersey in 1921; Malinowski is fighting to bring it back.

Abrams, while keen on the idea of a “Moderate Party,” isn’t sold on Malinowski’s idea.

“It’s hardly a phrase that’s understandable or relatable, I’m not sure I even know exactly what (fusion voting) means,” Abrams said on NewsNation’s “Dan Abrams Live.” “It’s not clear to me at all that allowing candidates to be listed as representing multiple parties… is going to change the dynamic at all.”

Richard Wolfe, the organizer of the new Moderate Party, argued on “Dan Abrams Live” that this new party can indeed gain traction with voters.

“We’re very persistent,” Wolfe said. “It’s also timing, I believe that the vast majority of my fellow Republicans no longer feel like the Republican party represents their values. There is now this large pool of homeless voters, this is the time to create a home.”

The full debate between Wolfe and Abrams can be viewed in the video above.

Soldiers find 2 men kidnapped in Mexico by killer of Jesuits