“When Rick says it and Klay says it, we’ll go, and it’s coming” – GM Bob Myers refuses to promise anything on Klay Thompson’s impending return 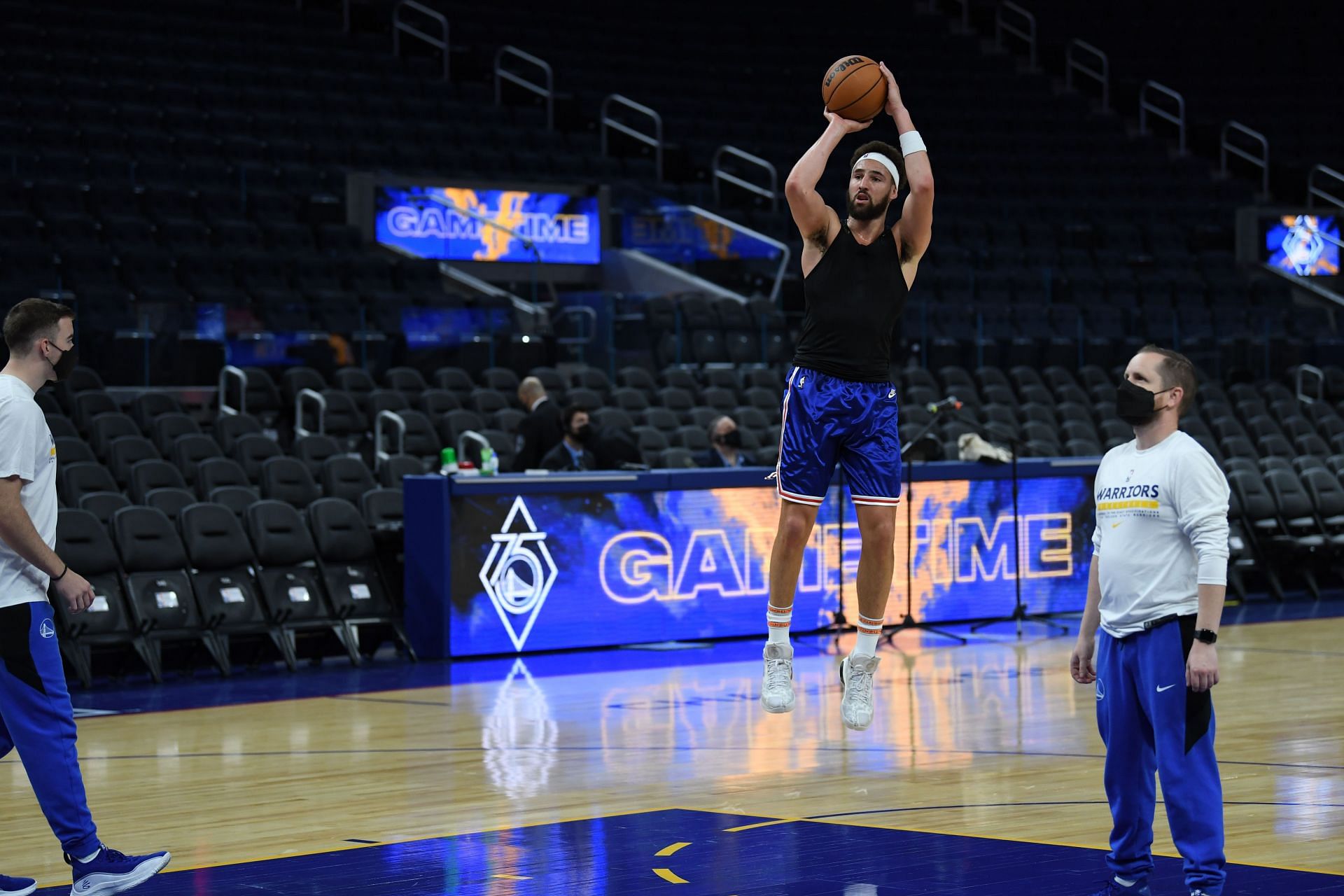 Klay Thompson is about to return to the NBA, but a date has yet to be announced by the Golden State Warriors.

Warriors president of basketball operations and general manager Bob Myers has yet to set an exact date for the return but insists the day is very close.

Thompson has not played in a game since Game 6 of the 2019 NBA Finals, when he had 30 points before tearing his ACL. He did not play a game in 2019-20 due to that injury. Then, while rehabbing to come back last season, he tore his Achilles.

“It’s right there. I can’t promise it’s going to be Sunday, because we haven’t put that official stamp on the whole thing. But when (Golden State director of sports medicine and performance) Rick (Celibirni) says it and Klay says it, we’ll go. And it’s coming.”

“It’s right there. I can’t promise it’s going to be Sunday because we haven’t put that official stamp on the whole thing. But when Rick [Celibirni] says it and Klay says it, we’ll go. And it’s coming.”

Bob Myers on Klay’s return:”It’s right there. I can’t promise it’s going to be Sunday because we haven’t put that official stamp on the whole thing. But when Rick [Celibirni] says it and Klay says it, we’ll go. And it’s coming.”(via @MorningRoast957)

Reports have said Sunday’s home game against the Cleveland Cavaliers would be Thompson’s return game. However, Myers is still hesitant to make a clear, definitive statement on when Thompson will play again.

The uncertainty begs the question of what is holding up a decision and subsequent announcement. Thompson has been shooting lights out in warmups, and teammates have been saying he is almost ready.

Thompson has said he wants to make an immediate impact upon his return, so maybe the wait is to get his conditioning back.

What happens when Klay Thompson finally comes back?

The Golden State Warriors (29-7) already have the best record in the league, one game up on the Phoenix Suns (28-8). Adding a player of Klay Thompson’s caliber should be a scary sight for the rest of the NBA.

Before his injury, Thompson was a five-time All-Star, two-time All-NBA selection and a one-time All-Defensive team member. Those accolades do not account for him being one of the best shooters in the NBA. He averages 7.0 3-point shots per game and has made 41.9% of them in his career.

The Warriors have the fifth-highest offensive rating in the NBA, and it could get better with Thompson on the floor. His floor spacing will allow more space in the paint for Stephen Curry to operate. It will also give Curry another player whom he can rely on to make an open shot.

On defense, the Warriors already have the lowest defensive rating in the NBA. It’s hard to tell how good Thompson will be on that end of the court, but he often took the toughest perimeter matchups at the height of his career.

Thompson has also played eight seasons for the Warriors (and has 10 years in the franchise). He should be able to fit right into the defense, already understanding their system. This would help Draymond Green, who has been the driving force of the defense. At least Thompson can be another intelligent body to help.

Thompson’s minutes will need to come from someone, and Otto Porter Jr. and Damion Lee will likely be the odd men out. Thompson can be a 3-and-D player, just at a higher level. Jordan Poole might also have some minutes drop as he moves to the bench, although he is Golden State’s third-leading scorer.

It might take some time for Thompson to be fully back to normal, or it could take no time. He is still one of the best shooters in NBA history, and that alone should put the league on notice as the Warriors try to win another championship.

Denial of responsibility! NewsConcerns is an automatic aggregator of the all world’s media. In each content, the hyperlink to the primary source is specified. All trademarks belong to their rightful owners, all materials to their authors. If you are the owner of the content and do not want us to publish your materials, please contact us by email – admin@newsconcerns.com. The content will be deleted within 24 hours.
BasketballCleveland CavaliersGolden State WarriorsKlay ThompsonNBA Injury UpdatesNBA NewsNBA PlayersNews
0
Share