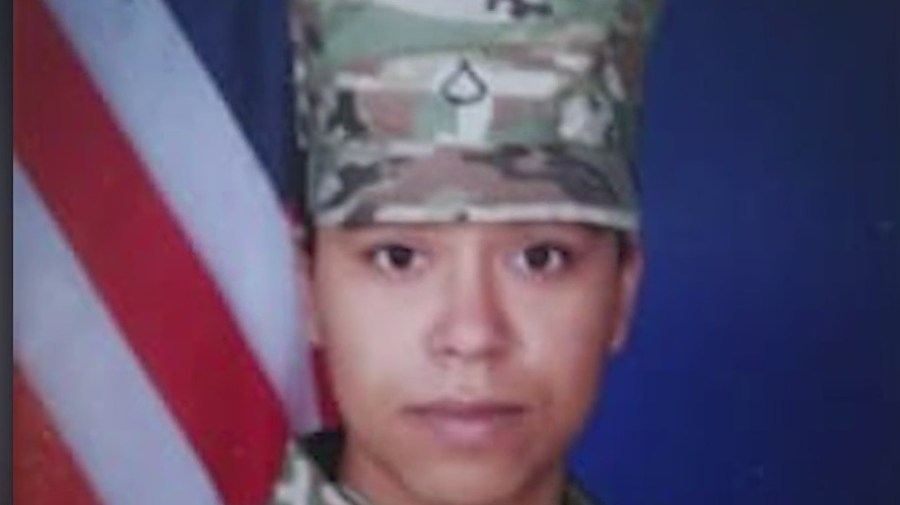 Editor’s note: This article contains graphic video, descriptions of physical violence and a mention of self-harm that might be upsetting to some readers.

(NewsNation) — Newly obtained videos and reports involving military police officer Denisha Montgomery offer a fragmented look at an altercation that happened weeks before her death and the conclusions military officials drew from it.

Montgomery, a 27-year-old mother of three, was found dead in her barrack last August, from what officials have called a suicide. However, Montgomery’s family is demanding answers about her 2022 death, which occurred less than a month after the military police officer disclosed the altercation.

NewsNation obtained three videos of Montgomery’s interaction with three other officers weeks before she died.

In the first cellphone video, Montgomery is shown seated in the front passenger’s seat during an argument with another woman in the car.

When Montgomery asks to be let out of the car, an officer in the back seat appears to put his arm around her neck.

“It hurt,” Montgomery’s father, Rodney Montgomery, said. “Knowing that I couldn’t be there to help her. It hurt.”

The vehicle is stopped in the second video as Denisha Montgomery is seen trying to get away —screaming, crying and pleading to be left alone.

In the third video, Denisha Montgomery is seen laying on the back seat across three seated officers. One of them, holding her down, appears to cover her mouth.

“I can’t breathe,” Denisha Montgomery shouts just before another officer could be heard saying “Bro, stop holding her like that.”

Light, a Purple Heart veteran, said the scene was all too familiar.

“It looked like another George Floyd incident, where she is hollering just like he was: ‘I can’t breathe,'” Light said.

According to the Army’s CID report, the officers in the car said they “could not provide an explanation for her actions” and had to “restrain” Denisha Montgomery when she “became belligerent” and “tried to exit the car several times while it was moving.” Ultimately, the Army said the other officers “did what they could to prevent her from harming herself.”

Denisha Montgomery’s family insists the videos are proof that she was assaulted.

“We need a congressional investigation into this,” said Lindsey Knapp, the Montgomery family’s attorney. “And we also need the FBI to look into this matter immediately because what we have is the military trying to police itself. We have military police officers assaulting Denisha in that vehicle, and then 21 days later she’s found dead.”

Assigned to the 139 Military Police Company at Fort Stewart, Denisha Montgomery was stationed overseas last summer in Wiesbaden, Germany, when she made a frantic video call to her family and asked them to record it.

Former Murdaugh friend: I thought I knew him, I didn’t

It was July 19 and Denisha Montgomery had bruises and open wounds on her body.

“Look what they did to me,” she said on the recording.

During a 12-minute video call with her family, Montgomery said she went with a group of military police officers from her unit off-base to a water park. They had been drinking, she said, and the altercation happened on the car ride back.

“I ain’t never been so scared in my life,” she told her family. “I legit thought I was going to die in the car.”

In and out of tears on the call, Denisha Montgomery vowed to report the incident the next day.

“I’m telling them that I don’t want to be here no more,” she told her parents. “I’ll do whatever I have to do, Mom. … I don’t trust them. I don’t trust my leadership.”

Later, in a text message to her uncle, she wrote: “They told me if I report an assault, I’ll be charged with assault, too, because I mushed the female and bit the male that was choking me.”

Twenty-one days passed, and on Aug. 9, Denisha Montgomery was found dead in her barrack. That same day, the Army told her family that she took her own life by suffocation.

Her father Rodney also doesn’t believe his daughter took her own life.

Grassley pointed to discrepancies between Denisha Montgomery’s comments to her family and what they later heard from the Army’s Criminal Investigations Department.

Soon after, the Army played three videos for Denisha Montgomery’s family to show what transpired in the car, claiming there was no assault. That’s despite the fact the investigating officer in Germany stated in his report that Denisha was, in fact, assaulted.

The Army’s investigation report offered some additional insight into what led up to the altercation.

A German security guard at the waterpark told officials the group was fighting because one of the officers tried to kiss Denisha Montgomery — to the dismay of others in the group, according to the report.

The guard also stated that person raised his hand as if to slap Denisha Montgomery, but didn’t.

“I am hurt,” Light said. “I am angry. You failed my niece like you have failed other service members who have went through similar things.”

2 in 3 Canadians say the economy is doing poorly: poll

Tell us: how have you been affected by reduced UK property prices and rising mortgage rates? | Property