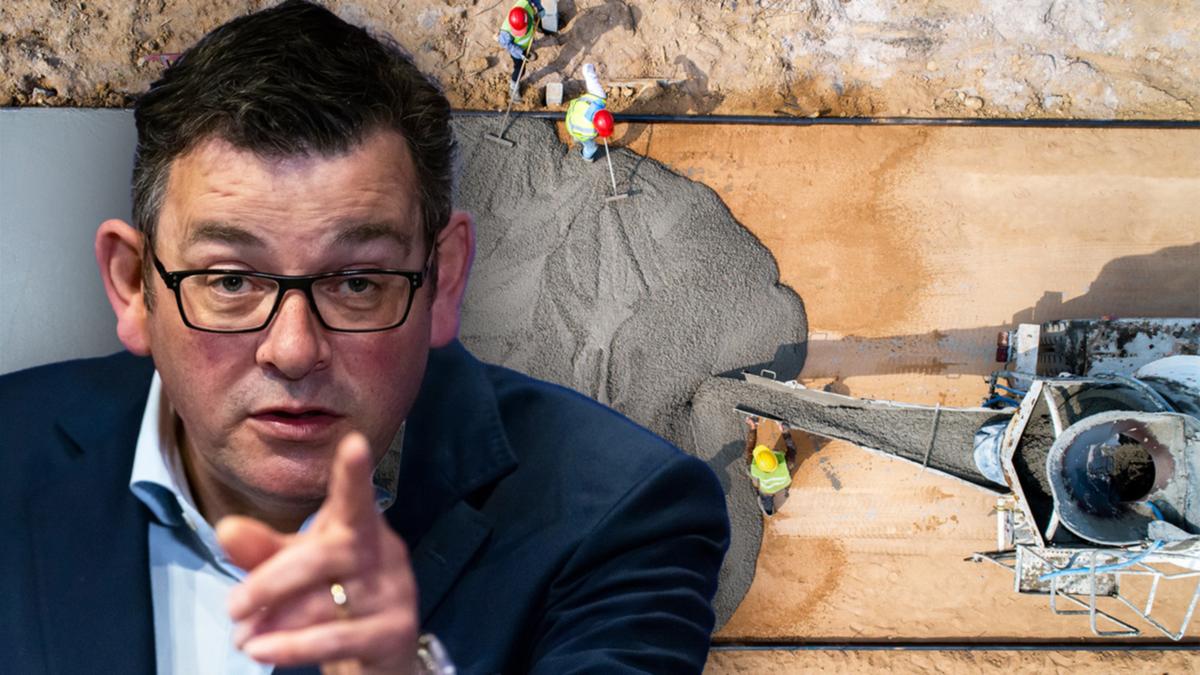 Victorian premier Daniel Andrews is expected to sensationally shut down the construction industry after protests against jabs for tradies turned violent.

It’s understood a two-week pause will be announced after riot police were called in to deal with a hostile protest by workers outside the CFMEU’s Melbourne headquarters.

Most work sites are expected to be affected by the change, with only critical infrastructure reportedly unaffected.

Protesters wanted the union to shut down the industry in defiance of new regulations that mean workers must have proof of their first vaccination by Friday.

Police used pepper spray and rubber bullets to move the crowd, which took over the intersection outside the Queen Victoria Market.

The union released a statement just after 4pm on Monday, saying it has always supported freedom of choice regarding vaccination.

“We are not going to be intimidated by outside extremists attempting to intimidate the union, by spreading misinformation and lies about the union’s position,” the statement said.

“The CFMEU will always advocate for safety, jobs, and freedom of choice.”

A day after announcing Victoria’s roadmap out of lockdown, Andrews was forced to spend much of his time defending it.

“We have a game plan now,” he said earlier on Monday.

“They’re blessed with not having to deliver all of these balancing acts and I’m happy for them.”

It comes as Victoria recorded its highest number of COVID-19 cases in the current outbreak, with 567 new locally acquired cases and one death – a Moreland woman in her 70s.

The state’s roadmap out of lockdown was released on Sunday, detailing small changes to restrictions when 80 per cent of Victorians aged over 16 have received a single vaccine dose.

Melbourne’s lockdown will remain in place until 70 per cent of Victorians are double-vaccinated, which is forecast for October 26.

At that stage, the city’s curfew will be lifted, the travel limit will increase to 25km and hospitality can open outdoors for 50 fully vaccinated people.

Once the 80 per cent double-dose target is met, forecast for November 5, the travel limit is scrapped, retail, gyms and beauty services will reopen for the fully vaccinated and hospitality will resume indoors.

Also under the plan, interstate and international travel can resume once 80 per cent of eligible residents are fully vaccinated.

The opposition and business groups have described it as “a roadmap with roadblocks”, saying the plan is too conservative when compared with NSW.

The roadmap is based on Burnet Institute modelling, which shows Victoria’s COVID-19 cases will peak at between 1400 and 2900 per day between October 19 and 31.

Trump may be gone, but Covid has not seen off populism | Politics books