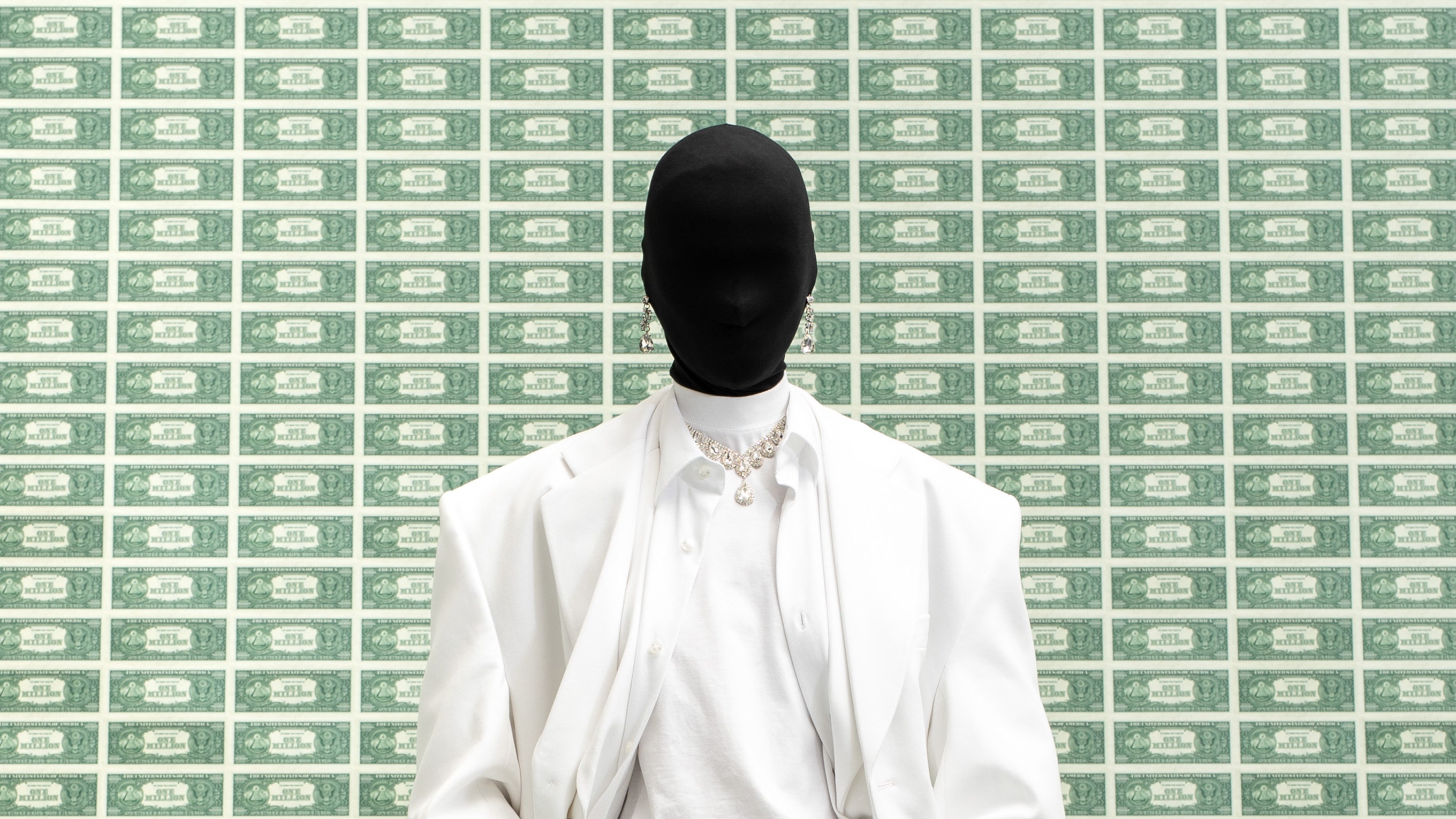 Returning to IRL runway shows in September you couldn’t fail to notice that there’s not just a new generation of designers edging into the spotlight, they’re talking to a new consumer. Today’s fashionable young people reject binaries in favor of plurality, and they seem uninterested in the old guard’s status markers—or maybe a better way of saying it is that they’ve assigned status to unfamiliar things.

As a new cohort comes of age and becomes influential, it’s a destabilizing experience for the older ones. Lil Nas X, GQ’s Musician of the Year, put it this way in a recent cover profile by Jeremy O. Harris: “There’s a new age of celebrities, and I don’t think a lot of people are comfortable with it. But I think it’s great. I feel like it’s knocking down the walls.”

Guram Gvasalia has clocked the shifts too. Though he comes at the idea from his own angle, the new Vetements collection takes on these generational and cultural changes. On a Zoom call from the company’s home base in Zurich, he was talking about Bitcoin millionaires and social media millionaires. “The early 20th century couturiers focused on industry tycoons who made money with oil, real estate, chocolate bars,” he said. “This collection is pushing to redefine the couture and the savoir faire for the new era”—for the new luxury shopper.

If you see something cynical in the money prints and lotto card motifs you aren’t in on the joke. Indeed, quite a bit of taking the piss was going on here. “The Gvasalias” is printed in what looks like The Simpsons font on the inside of a t-shirt; that’s a nod to Guram’s brother Demna’s spring 2022 Balenciaga show. Then there’s the fact that all but one of the 72 looks features a mask—a mask not unlike the one worn by Demna at that show and also at the Met Gala, where his famous date was similarly accoutred. “The truth is in today’s world dominated by social media—and a sometimes toxic environment—you don’t need to be Kim Kardashian to need some privacy in your life,” Guram explained. For the record, he added that masks have been part of the Vetements lexicon for years.

Sibling dynamics aside, there were some notable developments here, mostly involving Vetements’s signature tailoring. The opening look’s button-down, trousers, jacket, and long coat are all made from the jersey typically used for t-shirts and hoodies, a post-lockdown innovation that addresses conflicting urges to dress up and stay comfortable. “You can throw them in your suitcase and start traveling again,” Gvasalia said. The team also experimented with “digital 3-D pattern modifications” that give straight-cut jackets a couture-ish hourglass shape. And they designed down jackets and jeans with built-in zippers so wearers can modify the silhouettes as they see fit. Other looks layer oversize tees on top of jackets and shirts, a counterintuitive idea that nonetheless looks distinctive. That brings it back around to the new gen, who have an uncanny way of making the counterintuitive suddenly look right.

Denial of responsibility! NewsConcerns is an automatic aggregator of the all world’s media. In each content, the hyperlink to the primary source is specified. All trademarks belong to their rightful owners, all materials to their authors. If you are the owner of the content and do not want us to publish your materials, please contact us by email – [email protected]. The content will be deleted within 24 hours.
Fall 2022 Ready-to-Wearrunwayrunway_reviewVetements
0
Share

Research into ground improvement technique ahead of earthquakes