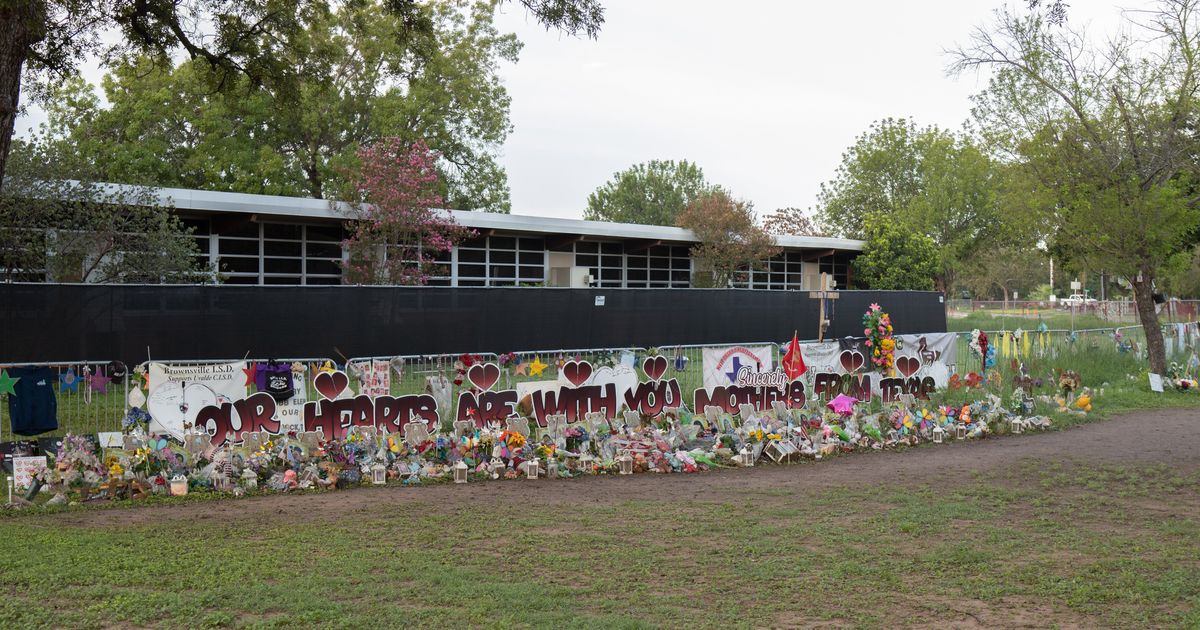 The suspension will last “for a period of time,” the Uvalde Consolidated Independent School District said in a statement. The district has asked the Texas Department of Public Safety to provide additional troopers for now.

“We are confident that staff and student safety will not be compromised during this transition,” the UCISD statement said.

The district has also placed Lt. Miguel Hernandez on administrative leave. Hernandez had taken over as UCISD police chief a month after the deadly shooting when his predecessor, Pete Arredondo, was himself placed on administrative leave. Arredondo was ultimately fired for how long it took officers to confront the gunman, who killed 19 young children and two adults at Robb Elementary on May 24.

Ken Mueller, the district’s director of student services, was also placed on leave but elected to retire instead, UCISD said Friday.

The district said it’s still cooperating with two investigations into the shooting response ― one by a team of private investigators the district hired, and one by the Texas Police Chiefs Association.

This is a developing story. Please check back for updates.

Denial of responsibility! NewsConcerns is an automatic aggregator of the all world’s media. In each content, the hyperlink to the primary source is specified. All trademarks belong to their rightful owners, all materials to their authors. If you are the owner of the content and do not want us to publish your materials, please contact us by email – admin@newsconcerns.com. The content will be deleted within 24 hours.
Gun violenceSchool ShootingsTexasuvalde
0
Share