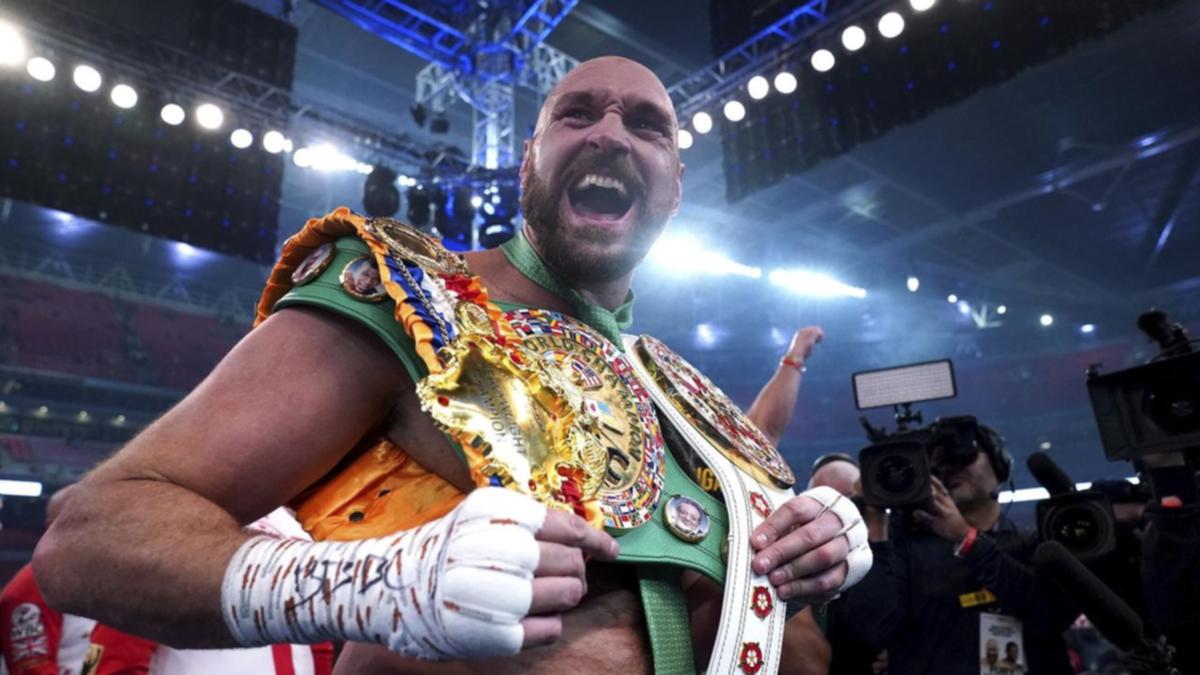 WBC world heavyweight champion Tyson Fury has called off his proposed ‘Battle of Britain’ bout with Anthony Joshua, saying his compatriot had not signed the contract before Monday’s deadline.

Fury had challenged Joshua earlier this month, saying he would come out of retirement to defend his title in December, a challenge Joshua accepted.

WATCH THE VIDEO ABOVE: ‘Idiot. Coward’: Fury calls off fight.

Joshua’s 258 Management and promoter Matchroom Boxing had said that they had “accepted all terms presented to us by Fury’s team” but agreed to halt all communication due to the death of Queen Elizabeth.

“It’s official, D-Day has come and gone,” Fury said on Instagram on Monday. “No contract has been signed. It’s officially over for Joshua. He’s now out in the cold with the wolfpack. Forget about it. Idiot. Coward. Shithouse. Bodybuilder.

“I always knew it … Regardless of what the f**k you say now, I don’t really care. Good luck with your career and your life. End of.”

Joshua, 32, suffered a second straight loss to Ukraine’s WBA, WBO, IBF and IBO champion Oleksandr Usyk in a title rematch in Saudi Arabia last month and said he wanted to return to the ring before the end of the year.

When Fury challenged Joshua the champion also said he would select another opponent if his fellow Briton was not interested in the bout.

Usyk said after the fight in Jeddah that he was only interested in fighting Fury but media reports have said he will not fight again this year in order to rest and spend time with his family.

Denial of responsibility! NewsConcerns is an automatic aggregator of the all world’s media. In each content, the hyperlink to the primary source is specified. All trademarks belong to their rightful owners, all materials to their authors. If you are the owner of the content and do not want us to publish your materials, please contact us by email – admin@newsconcerns.com. The content will be deleted within 24 hours.
boxingSport
0
Share