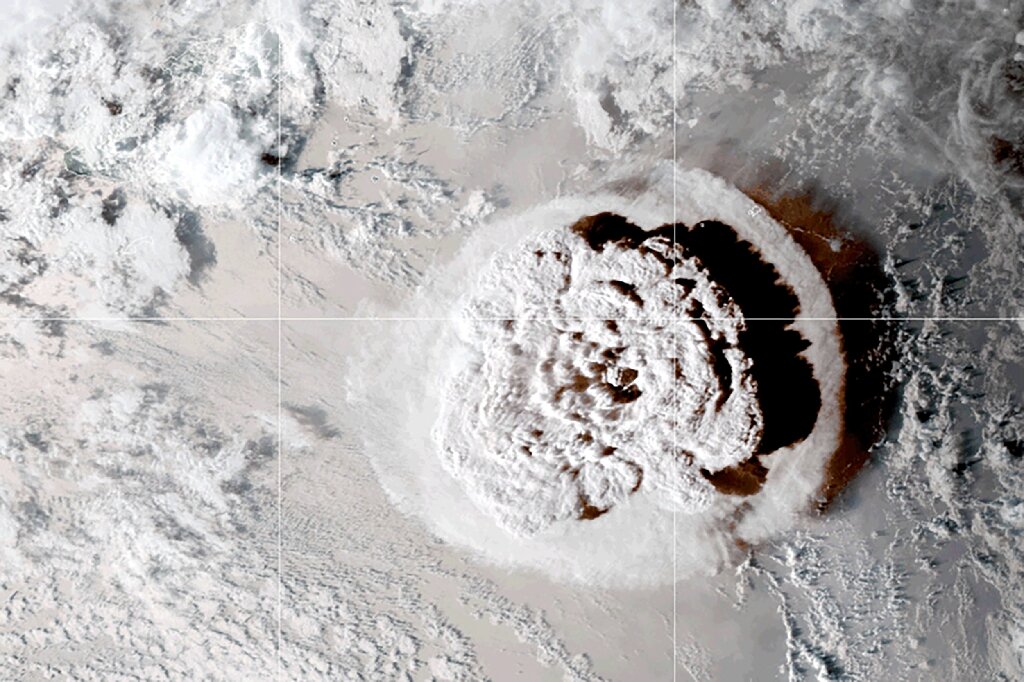 The Tonga volcanic eruption unleashed explosive forces that dwarfed the power of the Hiroshima atomic bomb, NASA scientists have said, as survivors on Monday described how the devastating Pacific blast “messed up our brains”.

The NASA Earth Observatory said the Hunga Tonga-Hunga Ha’apai volcano spewed debris as high as 40 kilometres (25 miles) into the atmosphere during the January 15 eruption that triggered huge tsunami waves.

“We think the amount of energy released by the eruption was equivalent to somewhere between five to 30 megatons (five to 30 million tonnes) of TNT,” NASA scientist Jim Garvin said in a press release.

NASA said the eruption was hundreds of times stronger than the US atomic bomb dropped on the Japanese city of Hiroshima in August 1945, which was estimated to be about 15 kilotons (15,000 tonnes) of TNT.

The agency said the eruption “obliterated” the volcanic island about 65 kilometres (41 miles) north of the Tongan capital Nuku’alofa.

It blanketed the island kingdom of about 100,000 in a layer of toxic ash, poisoning drinking water, destroying crops and completely wiping out at least two villages.

It also claimed at least three lives in Tonga and resulted in the drowning deaths of two beachgoers in Peru after freak waves hit the South American country.

Peruvian authorities have declared an environmental disaster after the waves hit an oil tanker offloading near Lima, creating a huge slick along the coast.

In Tonga, the scale of destruction remains unclear after communications to remote islands were knocked out.

Nuku’alofa-based journalist Mary Lyn Fonua said locals were still coming to terms with the scale of the disaster.

“It’s so beyond what anyone here has ever experienced,” she told AFP.

“The shockwave from the eruption just messed up our brains, we’re just starting to return to normal now.”

Fonua said the coating of fine grey grime covering everything was proving difficult to live with and raising concerns about long-term health issues.

“It gets everywhere,” she said. “It irritates your eyes, you get sores in the corner of your mouth, everyone has blackened fingernails—we look like a grubby lot.

“We need a good tropical deluge to wash everything away.”