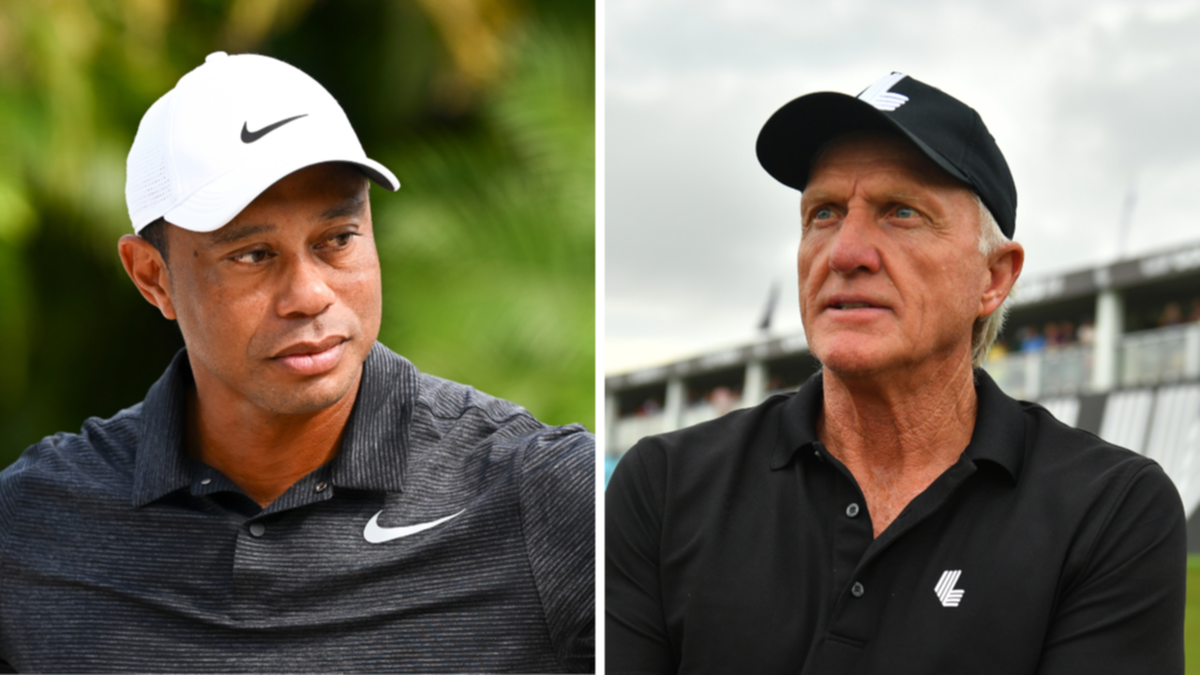 Tiger Woods continues to battle two foes: his health and the LIV Golf Series, with the multiple champion saying it is time for Greg Norman to move on from his position with the controversial Saudi-backed tour.

On Tuesday at the Hero World Challenge in the Bahamas, Woods devoted a portion of his session with reporters to the PGA Tour’s battle with the LIV Golf Series, which is funded by the Saudis and led by former major champion Norman.

The two tours are engaged in ongoing litigation against each other, and Woods agrees with world No.1 Rory McIlroy, who spoke out earlier this month against Norman, that the two circuits cannot work together until the Australian is out of the picture.

“There is no willingness to negotiate if you have litigation against you,” said Woods, an 82-time winner on the PGA Tour.

“Greg has to go first of all.

“It has to start with leadership on their side, understanding that what is happening right now is not the best future for the whole game of golf.

“You need to have the two bodies come together and if one side has so much animosity, trying to destroy our tour, then how do you work with that?”

His remarks echo McIlroy, who two weeks ago said, “Greg needs to go”.

“He just needs to exit stage left,” McIlroy said prior to the recent DP World Tour Championship in Dubai.

“He’s made his mark, now is the right time to sort of say, ‘Look, you’ve got this thing off the ground, but no one is going to talk unless there’s an adult in the room that can actually try to mend fences.”

Woods also disclosed he had two previously unreported surgeries following the serious leg injuries he sustained in a single-car crash in February 2021 in Los Angeles.

While declining to provide further details of the procedures, Woods said his current bout with plantar fasciitis is linked to the leg injury.

The right foot condition will keep him from playing this week in the Hero World Challenge, which Woods hosts annually.

He said he still plans to play in two events – The Match on December 10 and the PNC Championship the following week – because of less pressure on his lower body since he can ride in a cart.

“It was a tough decision just because I want to play,” Woods said.

“I like playing, I like competing, but unfortunately, I can hit the golf ball and hit whatever shot you want, I just can’t walk.

“And so I’ve had a few setbacks during the year that I still was able to somehow play through, but this one I just can’t.

“Only time can heal this one, and stay off my feet and get a lot of treatment done.”

At The Match, he will pair with McIlroy in a 12-hole match under the lights against Jordan Spieth and Justin Thomas at Pelican Golf Club in Belleair, Florida. At the PNC, he will play with his 13-year-old son, Charlie.

“Charlie will just hit all the shots and I’ll just get the putts out of the hole, so pretty easy there,” he said.

Denial of responsibility! NewsConcerns is an automatic aggregator of the all world’s media. In each content, the hyperlink to the primary source is specified. All trademarks belong to their rightful owners, all materials to their authors. If you are the owner of the content and do not want us to publish your materials, please contact us by email – admin@newsconcerns.com. The content will be deleted within 24 hours.
GolfSport
0
Share