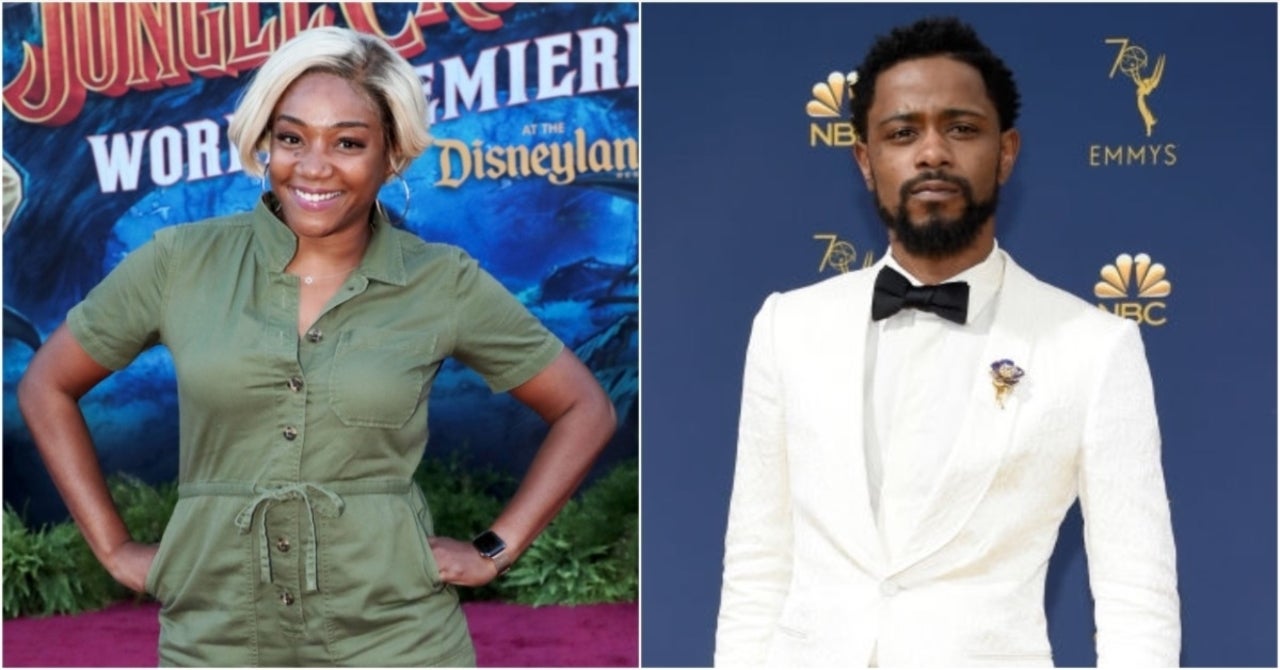 Disney is scaring up some big names for its rebooted Haunted Mansion. LaKeith Stanfield (Knives Out, Judas and the Black Messiah) and Tiffany Haddish (Girls Trip, Tuca & Bertie) are in talks to lead the live-action film from director Justin Simien (Dear White People, Bad Hair), according to THR. Katie Dippold (The Heat and the 2016 Ghostbusters reboot) penned the script for producers Dan Lin and Jonathan Eirich of Rideback, behind the Stanfield-starring live-action Death Note for Netflix and Disney’s live-action Aladdin.

A reboot of 2003’s The Haunted Mansion, which starred Eddie Murphy as a family man realtor who encounters 999 happy haunts, the new movie is about “a family that moves into the titular mansion” with Stanfield playing “a widower who once believed in the supernatural but is now a rather lifeless tour guide in New Orleans’ French Quarter,” according to THR. The report describes Haddish’s role as “a psychic hired to commune with the dead.”

Haddish hinted at her Haunted Mansion role at the Disneyland world premiere of Jungle Cruise, telling Extra: “I’m a huge Disney fan. I watched all Disney movies coming up… I love me some Disney.”

“It is. I’m not here for nothing… Tiffany show up everywhere she need to be for a reason — I’m not a roach, I don’t just pop up out of nowhere,” Haddish said when asked if a Disney project is her next move. “When I show up, something’s about to happen…I’m not spilling no tea, but it might be slowly dripping off the edges of the cup!”

Haunted Mansion is the latest theme park attraction to get the feature film treatment from Disney, which launched a mega-successful franchise with the Johnny Depp-fronted Pirates of the Caribbean in 2003. Along with 2003’s Haunted Mansion, other Disney Parks properties to receive the live-action treatment include the 1997 TV movie Tower of Terror, 2002’s The Country Bears, 2015’s Tomorrowland, and Jungle Cruise, sailing into theaters Friday with stars Dwayne Johnson and Emily Blunt.

Pan’s Labyrinth and The Shape of Water filmmaker Guillermo del Toro was attached as the writer and producer of a rebooted Haunted Mansion that was “ready to be made” with Ryan Gosling, but del Toro in 2019 said the team “drifted away” from the long-gestating project. Last August, Disney tapped Dippold to script the new movie.

Stanfield, whose roles include Atlanta and Get Out, recently received his first Oscar nomination for his role as FBI informant Bill O’Neal in Judas and the Black Messiah. Haddish, fresh off a Grammy Award win for her comedy album Black Mitzvah, recently starred opposite Eric André and Lil Rel Howery in Netflix road trip comedy Bad Trip and opposite Billy Crystal in the dramedy Here Today.

Disney has not set a release date for the rebooted Haunted Mansion.

Denial of responsibility! NewsConcerns is an automatic aggregator of the all world’s media. In each content, the hyperlink to the primary source is specified. All trademarks belong to their rightful owners, all materials to their authors. If you are the owner of the content and do not want us to publish your materials, please contact us by email – [email protected]. The content will be deleted within 24 hours.
Disney+Haunted MansionHaunted Mansion rebootLakeith StanfieldThe Haunted MansionThe Haunted Mansion (reboot)Tiffany Haddish
0
Share

Draymond Green out at least two weeks with calf injury