Thousands participate in multi-faith march against racism and Islamophobia in London, Ont. 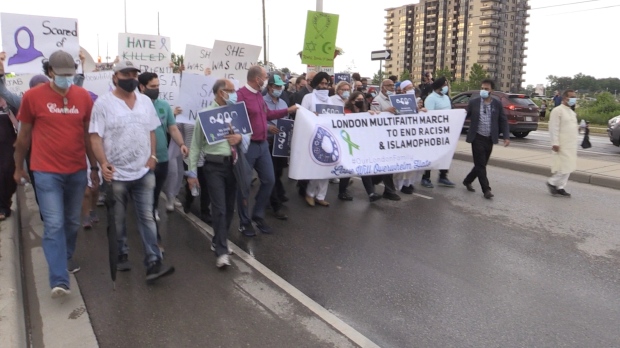 LONDON, ONT. —
On Friday, thousands of people marched from the scene of the horrific crash that killed four people on Hyde Park Road to the London Muslim Mosque, as the Multi-Faith March to End Racism and Islamophobia mourned the loss of four members of a Muslim family, murdered in an alleged hate-motivated attack. 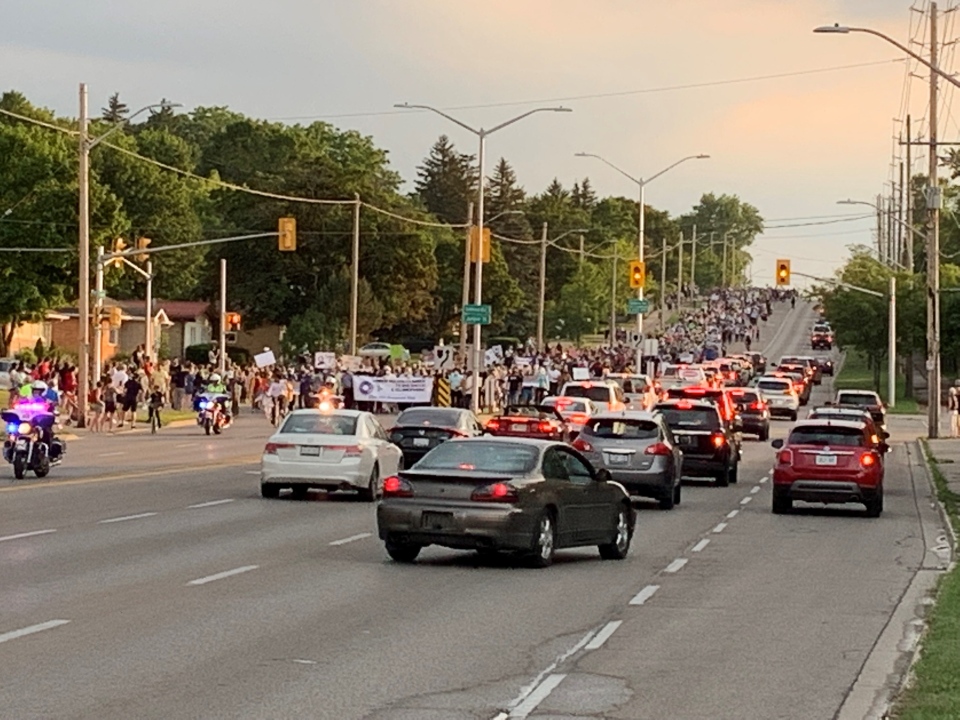 Organizer Rev. Kevin George of St. Aidan’s Anglican Church, said, “who among us didn’t have their hearts broken this week?” as he asked the thousands in front of the London Muslim Mosque.

“We needed to fill these streets and let this community know love will overwhelm hate every day of the week,” Rev. George added.

The massive crowd stopped at the mosque with a moment of silence at 8:40 p.m. to mark the moment when the Afzaal family was killed Sunday evening.

London lawyer and fellow Muslim, Faisal Joseph said he was grateful for the thousands that packed the route to denounce hatred and Islamophobia. “Tonight is our human family,” he said. “I’m so, so proud to be a Londoner.”

The event started shortly after 7 p.m. Friday. Marchers walked south from the scene of the collision on Hyde Park Road at South Carriage Road to Oxford Street to the mosque nearby where the suspect was arrested at Cherryhill Mall Sunday.

The funeral for the four family members will take place Saturday afternoon.

Nathaniel Veltman, 20, of London, is charged with four counts of first-degree murder in their deaths, and attempted murder in the case of nine-year-old Fayez Salman who is recovering in hospital. Veltman will appear in court Monday to answer to the charges. 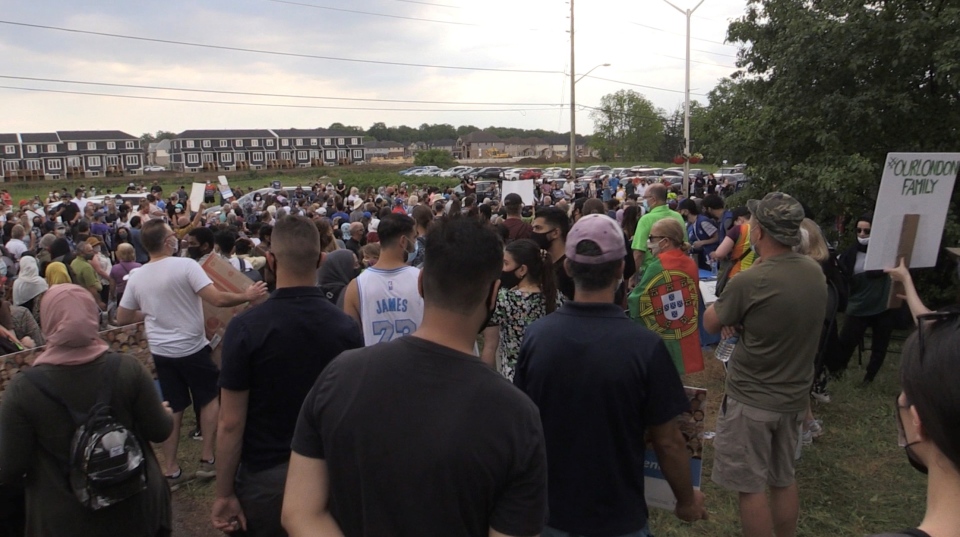