“They had an opportunity to get an elite guy like Odell” 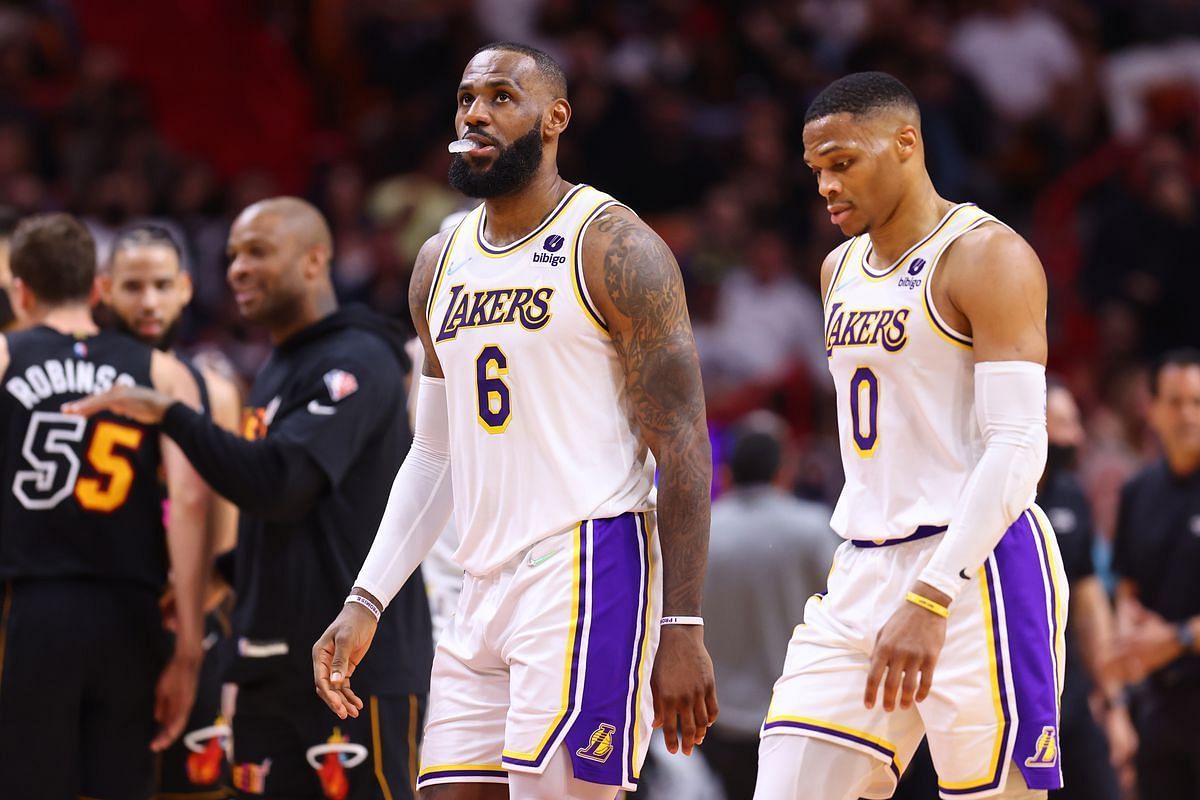 With the NBA trade deadline already on the horizon, LeBron James is inevitably answering questions regarding potential moves the LA Lakers are making. It is quite obvious that the aging team needs help, particularly a versatile wing who can shoot and guard multiple positions. Stanley Johnson, who was previously on a 10-day contract, has been signed to a two-year extension because of this need.

While LeBron James was expected to be vague about his answers during a media interview after the LA Lakers practice, it’s a guarantee all options are being checked. The four-time MVP likened the Purple and Gold team’s strategy to what another Los Angeles team in the NFL did before reaching the Super Bowl.

Here’s what the Lakers superstar had to say about the team’s plans before the trade deadline:

On Q from @billoram, LeBron talks about the trade deadline: “I’ve said this every year: If there’s an opportunity to get better, then you explore those options. … As great as the Rams were, they had and opportunity to get an elite guy like Odell, and they went out and got him.”

On Q from @billoram, LeBron talks about the trade deadline: “I’ve said this every year: If there’s an opportunity to get better, then you explore those options. … As great as the Rams were, they had and opportunity to get an elite guy like Odell, and they went out and got him.” https://t.co/tOssL745IM

The Odell LeBron James was referring to was Odell Beckham Jr., who the LA Rams acquired back in November after struggling with the Cleveland Browns. Thanks in large part to the 18x All-Star, Beckham Jr. eventually found himself in Hollywood and made significant contributions to the Super Bowl-bound team.

Just how General Manager Rob Pelinka can pull it off for the LA Lakers remains to be seen. Besides the obvious chemistry issues due to players coming in and out due to injuries and virus protocols, the Lakers need some young blood. Three of their most important contributors play with the hustle, grit and determination of the young.

Austin Reaves, Malik Monk and Stanley Johnson are unheralded players who earned their keep playing with energy and selfless basketball. The LA Lakers are the oldest team in the NBA and play like it on many occasions. They are slow to get back on defense, easily give up on loose balls and are just plain tired and effortless at times.

LeBron James is confident, though, that without changes he’s ready to roll with what he has on the roster:

“I’ve always felt like, I don’t really like to play fantasy basketball, so this is the group that we have going into the deadline then we would be ready to take on all the challenges that the season’s given us.”

The LA Lakers’ options on the trade deadline are extremely limited. They don’t have valuable draft picks, while rival teams view their current players as way shorter than what the Lakers front office estimates.

It’s looking like it’s going to be a very quiet trade deadline for the Lakers. It also means that LeBron James has to continue his Herculean effort carrying this star-studded but underperforming team to the playoffs.

Denial of responsibility! NewsConcerns is an automatic aggregator of the all world’s media. In each content, the hyperlink to the primary source is specified. All trademarks belong to their rightful owners, all materials to their authors. If you are the owner of the content and do not want us to publish your materials, please contact us by email – admin@newsconcerns.com. The content will be deleted within 24 hours.
BasketballLeBron JamesLos Angeles LakersNBA NewsNBA PlayersNews
0
Share