The Sun Rises Over Innistrad In Our Exclusive Crimson Vow Preview 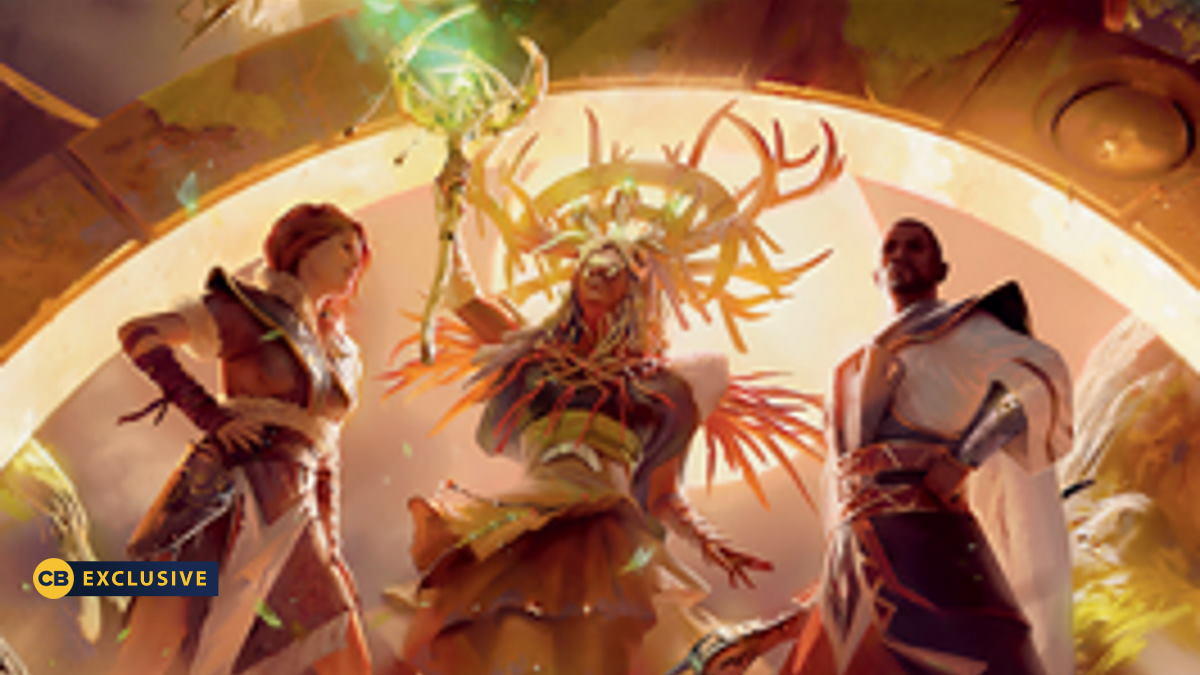 A new Magic: The Gathering set, Innistrad: Crimson Vow, is on the horizon. Wizards of the Coast has provided ComicBook.com with an exclusive preview card from the vampire-focused set, which is centered around the wedding of two of the gothic-inspired planes’ most powerful vampires. The set’s story takes place during the eternal night brought on by the failure to enact the Harvestide festival ritual during the events of the preceding expansion, Innistrad: Midnight Hunt. It seems that the heroes of the Gatewatch will bring the dawn as our Crimson Vow preview card is an enchantment called Glorious Sunrise.

Glorious Sunrise costs 3GG to cast. The enchantment activates at the beginning of combat on the controlling player’s turn. That play gets to choose to have one of the following four effects happen:

While five mana isn’t exactly cheap, that’s some versatility for one enchantment. You can finish your opponent off with a trampling attack, card draw, boost your mana, or just gain some life as needed. And knowing what green is good at, players may have Glorious Sunrise on the board well ahead of their land curve.

Crimson Vow‘s story picks up immediately after Midnight Hunt and has a similar structure. Where Midnight Hunt centered on the Harvestide Festival event, Crimson Vow’s action revolves around the wedding of Olivia Voldaren, one of Innistrad’s most powerful vampires. Due to the Harvestide ritual failing, Innistrad is plunged into eternal night, presenting the perfect opportunity for the plane’s vampires to make a power play. Olivia hopes to wed Edgar Markov, the progenitor of all vampires on Innistrad, to consolidate the power of two of Innistrad’s most powerful bloodlines. Only the Gatewatch members Kaya, Teferi, and Chadra — with some help from the werewolf Arlinn and the vampire Sorin — can hope to crash this wedding.

What do you think of Glorius Sunrise, coming to Magic: The Gathering in Innistrad: Crimson Vow? Let us know what you think about it in the comments section.

Denial of responsibility! NewsConcerns is an automatic aggregator of the all world’s media. In each content, the hyperlink to the primary source is specified. All trademarks belong to their rightful owners, all materials to their authors. If you are the owner of the content and do not want us to publish your materials, please contact us by email – [email protected]. The content will be deleted within 24 hours.
innistradMagic: The GatheringMagic: The Gathering Arenaplaying cardSpoilerTabletop Gaming
0
Share