The Pokemon Franchise Levels Up 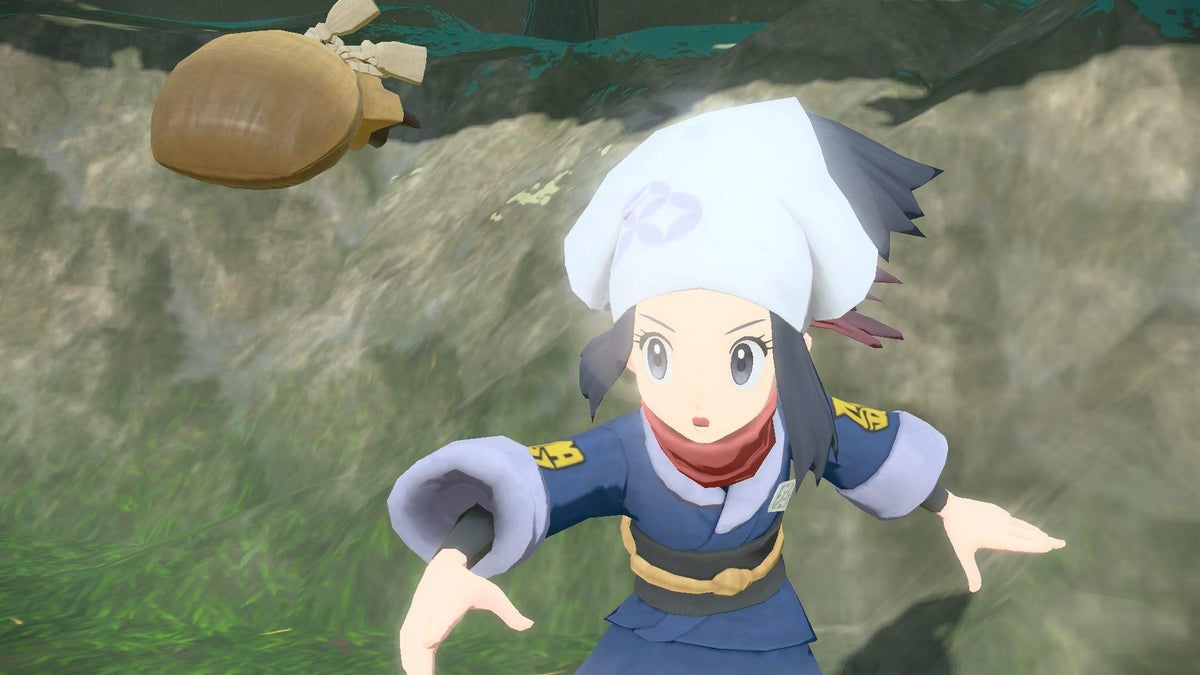 Pokemon Legends: Arceus is a bold new take for the Pokemon franchise that gives players the most immersive and captivating Pokemon experience yet. The new game chucks out the familiar Pokemon game formula for an ambitious game loop and mechanics inspired more by the likes of The Legend of Zelda: Breath of the Wild and the Monster Hunter franchise. While longtime fans will recognize elements pulled from other Pokemon games, Pokemon Legends: Arceus is easily Game Freak’s most dramatic departure from the well-worn formula and provides even casual players with a game that they can dump hundreds of hours into, just like they did for their first Pokemon game.

Over the past 25 years, Game Freak has spent most of its energy refining an already successful formula with each Pokemon game. Every new mainline title has followed the same basic storyline – a 10- or 11-year-old child leaves their hometown on a journey to become a Pokemon Master, armed with a partner Pokemon and a Pokedex that automatically tracks the critters they encounter. Typically, each generation of game offers one new element or improvement to that formula, adding degrees of complexity but not necessarily degrees of difficulty. And while this formula has always succeeded in attracting new generations of players, those players who came into the franchise 10, 15, or even 25 years ago have often wondered whether the Pokemon franchise would ever offer an experience that caters to a wider demographic than the young or young at heart.

Pokemon Legends: Arceus represents the first step into acknowledging that the franchise isn’t just for kids anymore. Not only has Game Freak finally shown a willingness to break its successful mold in the hopes of building something better, but we also get a Pokemon game that feels a bit more dangerous and mysterious. It’s fitting that the main character of Pokemon Legends: Arceus is a 15-year-old teenager instead of a 10-year-old child because this is the first game to embrace some of the fear and danger that comes with attempting to tame creatures with the ability to breathe fire and level mountains.

In Pokemon Legends: Arceus, players are recruited to join the Survey Corps of the Galaxy Expedition Team, a group attempting to settle the vast Hisui region. Instead of battling gym leaders in the hopes of becoming a Pokemon Master, players are instead conducting “research” for the first-ever Pokedex of the region. The core gameplay loop involves players choosing one of several wide-open regions of Hisui to explore and completing both story-based missions and optional requests along the way. They also “rank up” within the Survey Corps by completing research tasks tied to the Pokedex, which range from capturing a certain number of Pokemon to seeing Pokemon use certain moves. Be prepared to catch a lot of Pokemon in this game, as it’s basically a requirement to advance through it.

The catch and battle system has received a major overhaul in Pokemon Legends: Arceus, inspired in part from the innovations seen in the 2018 Pokemon: Let’s Go games. Pokemon roam throughout each region in the open and players can choose to either engage each Pokemon in battle or use alternative methods to catch them. Players can attempt to use stealth to sneak up on a Pokemon, but most of them will become hostile if they see a human approaching. In a delightful first for the franchise, a Pokemon can and will attack a human, so players will need to dodge attacks and run away if they encounter a Pokemon too powerful for them.

Battles are also much more compact and quick-paced. All Pokemon hit a lot harder than in past games, and most encounters don’t last more than a couple of turns. Additionally, wild Pokemon can and will gang up on you, which adds an additional element of danger when roaming. A player on the wrong side of a 2-on-1 fight will quickly see their Pokemon knocked out even when they’re of a higher level than their opponents. This is not a game where players can rely on brute force alone to succeed – there are several areas in which you’ll need to use strategy and skill to progress instead of relying on a team of overpowered Pokemon.

Admittedly, the Pokemon franchise has never had the strongest graphics, but Pokemon Legends: Arceus at least attempts to correct some of the more egregious flaws from past games. The player character actually uses expressions in Pokemon Legends: Arceus, and both the Pokemon and their moves have received major graphical upgrades. Pokemon Legends: Arceus is easily the most beautiful Pokemon game made by Game Freak, although this was a pretty low bar given the frankly underwhelming graphics found in Pokemon Sword and Moon. The Pokemon franchise still lags behind other major game franchises when it comes to pure looks, but there are still some significant improvements over previous games.

Most impressively, Pokemon Legends: Arceus actually has a story with both nuance and intrigue. Philosophical and religious differences drive the plot of Pokemon Legends: Arceus, and the game uses the full force of the Pokemon mythology to tease out the central mystery of the game instead of only obliquely referring to it. I also loved that more characters are given something beyond just appearing in a scene to either challenge the player or assist them in clearing a single obstacle. This is still a Pokemon game, so don’t expect Death Stranding or The Last of Us levels of drama, but it’s once again a major upgrade over what we’ve had before.

My only major complaint with Pokemon Legends: Arceus is that the open-world areas of the game feel strangely empty beyond the Pokemon that inhabit it. The Hisui region contains many of the same geographical features as the modern Sinnoh region, but I was mostly underwhelmed by what was supposed to be one of the most dynamic natural regions of the Pokemon world. Outside of the always looming Mount Coronet, the game lacks any truly stunning locations, and areas that are supposed to be beautiful locales are simply… there, with nothing to differentiate them from another spot in the same area. The best open-world games are filled with clever details that tell a story. However, Pokemon Legends: Arceus opts for something closer to recent Monster Hunter games with visually distinct regions that primarily serve as a backdrop for an enjoyable gameplay loop. If Game Freak chooses to make another game in the vein, I hope we see regions that fully take advantage of the rich Pokemon world that encourage more exploration beyond looking for spots where rare Pokemon might dwell. The Pokemon Company never marketed Pokemon Legends: Arceus as a true “open-world” game, but the relative lack of detail put into the level design was still underwhelming.

Pokemon Legends: Arceus contains gameplay features that I and many other Pokemon fans have wanted to see for years and provides a fantastic foundation for the future of the franchise. The game takes the strongest parts of recent Pokemon games – the Ride Pokemon of Pokemon Sun and Moon, the roaming Pokemon of Pokemon Let’s Go, Pikachu and Eevee, and the large open worlds of Pokemon Sword and Shield – and combines them with several new innovations to build something fresh and exciting.

It’s exciting to imagine how the Pokemon game franchise grows from here. Will we see retooled Abilities that make better use of the new battle system and level layout? Will we see Pokemon that interact and react to other Pokemon in addition to the player character? How will future games use the very big concepts of the Pokemon mythos? There’s a world of possibilities that pour out of Pokemon Legends: Arceus, and I would be extremely disappointed if Game Freak reverted to solely releasing games that follow the traditional Pokemon game formula after this.

Pokemon Legends: Arceus is easily the strongest Pokemon game made in recent memory and should provide unforgettable memories that rival the first time a player first encountered a favorite Pokemon or conquered their first Pokemon Champion fight. It’s a must-buy Pokemon game destined to land on many “top games of the year” lists and should bring countless new and lapsed fans to the franchise.

Pokemon Legends: Arceus is set to release for the Nintendo Switch on January 28th. A digital code was provided by Nintendo for the purpose of this review, and it was reviewed on a Nintendo Switch OLED.

Denial of responsibility! NewsConcerns is an automatic aggregator of the all world’s media. In each content, the hyperlink to the primary source is specified. All trademarks belong to their rightful owners, all materials to their authors. If you are the owner of the content and do not want us to publish your materials, please contact us by email – [email protected]. The content will be deleted within 24 hours.
Game Freaknew pokemon gameNintendoNintendo Switchpokemon legends arceus reviewPokemon Legends: Arceuspokemon reviewVideo Game Reviews
0
Share

A third of young Canadians sought help during COVID-19