‘The Crown’ back Nov. 9 for season 5 with new queen, Diana 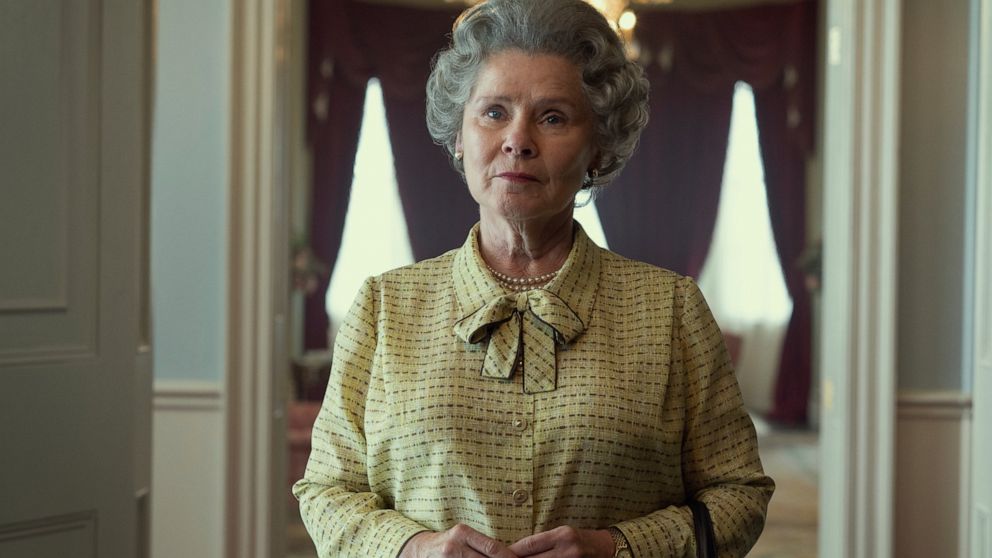 LOS ANGELES — “The Crown” will return to its Netflix throne in early November.

The drama series about Queen Elizabeth II and her extended family will begin its fifth season on Nov. 9, the streaming service said Saturday. The debut will come two months after the queen’s Sept. 8 death at the age of 96.

Production on the sixth season was suspended on the day of the queen’s death and again for the funeral of Britain’s longest-serving monarch.

In the upcoming season, Imelda Staunton becomes the latest in a succession of actors who have played Elizabeth through the decades of her life and reign. The first two seasons starred Claire Foy as the young princess Elizabeth ascending to the throne and growing into her role as queen. Seasons three and four featured Olivia Colman as a more mature queen.

The show has won 22 Emmy Awards, including a best drama series trophy and top drama actress honors for Foy and Colman. Josh O’Connor, who played Prince Charles as a young man in 13 episodes, won a best drama actor Emmy.

The pivotal role of Princess Diana passed from Emma Corrin in season four to Elizabeth Debicki (“Tenet”) for seasons five and six. She plays opposite Dominic West as Prince Charles. The prince, Elizabeth’s oldest child, became King Charles III upon her death.

Other cast newcomers include Lesley Manville as Princess Margaret and Jonathan Pryce as Prince Philip.

Season five of “The Crown” is expected to cover the royal family’s turbulent 1990s, when Charles and Diana’s marriage messily fell apart. The Princess of Wales died following a Paris car crash in August 1997.

The series has been widely acclaimed as a drama, but some have criticized it for lapses of historical accuracy. Two years ago, Netflix rejected calls for a disclaimer to be added to the series.

Peter Morgan, creator of “The Crown” and the writer of other recent-history dramas including “The Queen” and “Frost/Nixon,” has defended his work, calling it thoroughly researched and true in spirit.

Denial of responsibility! NewsConcerns is an automatic aggregator of the all world’s media. In each content, the hyperlink to the primary source is specified. All trademarks belong to their rightful owners, all materials to their authors. If you are the owner of the content and do not want us to publish your materials, please contact us by email – admin@newsconcerns.com. The content will be deleted within 24 hours.
Arts and entertainmentClaire FoyDominic WestElizabeth DebickiEmma CorrinFunerals and memorial servicesGeneral newsJonathan Pryce
0
Share