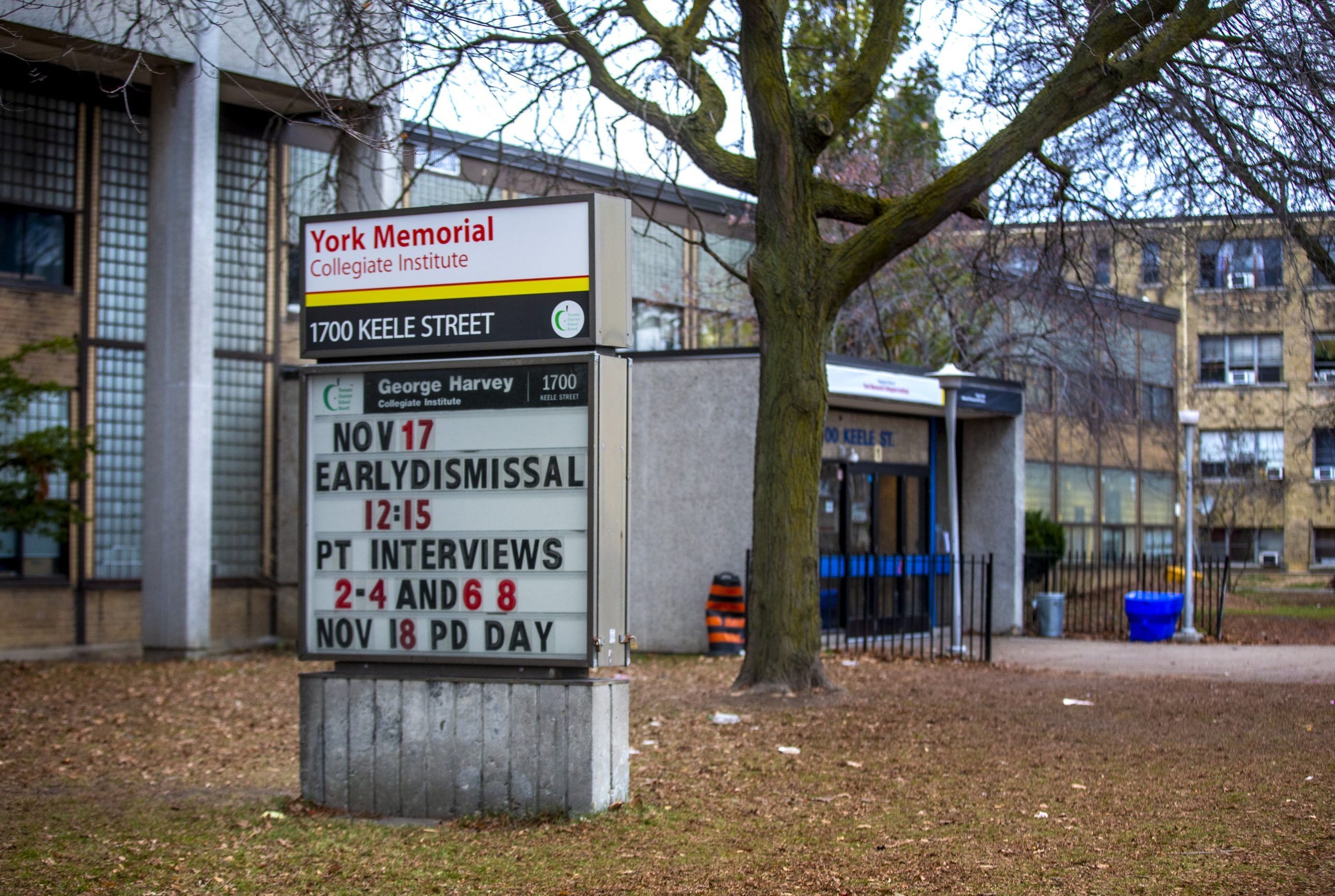 After The Toronto Sun reported on violence and chaos at York Memorial Collegiate Institute, several teachers sent anonymous letters about conditions at the school.

Fourteen teachers walked out in fear and desperation at the violence in the school, according to an insider, and they stayed off the job for two weeks, until mandated back to work by the Ministry of Labour — while the ministry continues its investigation.

Each letter from YMCI school staff requested anonymity and spelled out how they feel the school is violent and unsafe, with accusations of ineptitude on the part of the school board and administration.

The word anarchy was used to describe the way the school operates, and more than one letter referred to a complete lack of discipline — and a lack of tools for that discipline, with suspensions and expulsions made almost impossible.

The kids are not held accountable at all, according to one letter; those who want to learn cannot, given the general atmosphere, and teachers work in fear for their lives.

A supply teacher who works in many different schools wrote to say that there are several schools in the TDSB in the same shape as York Memorial, and supply teachers just won’t go there any more.

That writer mentioned a recent incident where someone was shot in the face at school with a BB gun.

Again, mention was made about discipline vanishing, along with respect for administration and teachers.

The school board has said officials will deal with concerns put forward by staff, students or parents.

“The TDSB can and does suspend and expel students for serious incidents,” board spokesperson Ryan Bird said on Tuesday. “In certain circumstances, suspensions are required by the Education Act, while others are discretionary and implemented as part of progressive discipline, if needed.”

This week, after the recent mayor’s meetings with concerned stakeholders, various changes were announced for TDSB schools.

Among them: Funding from all three levels of government for initiatives that work on the prevention of youth violence (things like the Youth Summer Employment program, for example) will now be allocated in a more focused way toward communities where the need is highest.

Six high-priority neighbourhoods have been identified.

Taylor Deasley, a spokesperson for Mayor John Tory’s office, said in a statement: “Toronto Police have begun to reallocate neighbourhood officers to areas that are considered high priority. This will include areas that have recently experienced violent incidents.

“The Toronto Police and TDSB have also committed to establishing more streamlined protocol between schools and neighbourhood police officers so that they can be proactive on issues concerning safety.”

The city will also establish a “service fair”  in partnership with the TDSB — a special event that will allow individual schools to connect with the services they need most.

As well, data sharing among all parties will be beefed up.