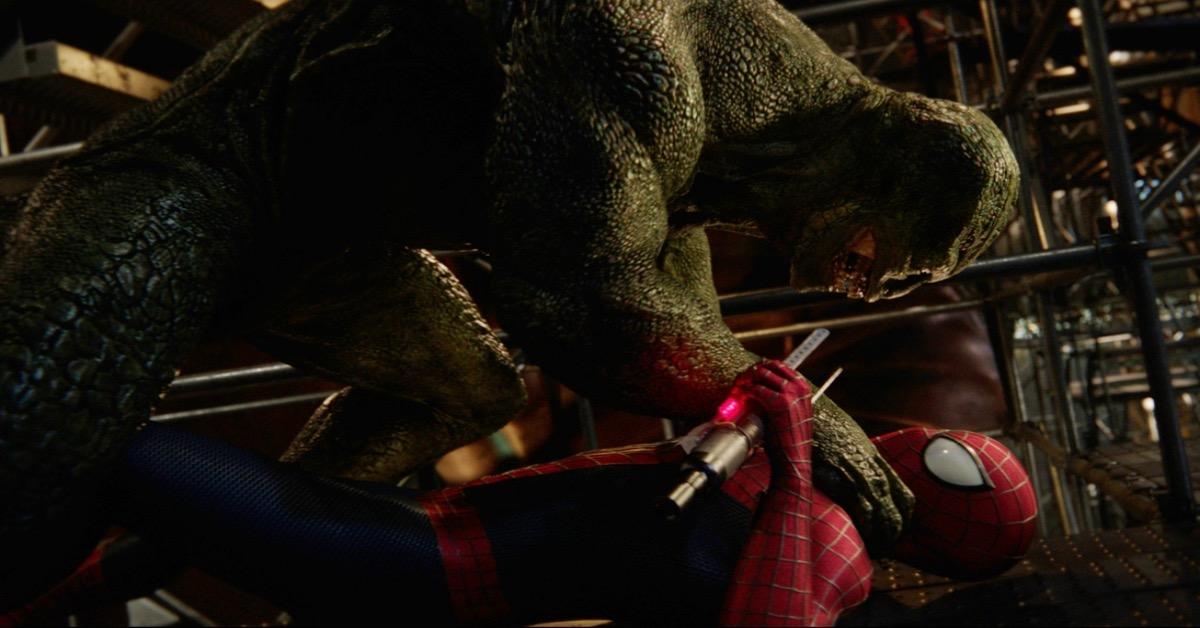 
Visual effects supervisor Chris Waegner sheds light on the Lizard’s (Rhys Ifans) look in Spider-Man: No Way Home, revealing the filmmakers explored “some new physical changes” for the Amazing Spider-Man villain. An industry veteran with visual effects credits on past Spider-Man movies, including the 2002 original and 2012’s The Amazing Spider-Man, Waegner worked with a team of artists at Sony Pictures Imageworks to recreate the scaled supervillain’s appearance​ for a rematch with the wall-crawler of his world (Andrew Garfield). Unlike Amazing Spider-Man 2 enemy Electro (Jamie Foxx), who gets a shocking MCU makeover, SPI made only a few “subtle changes” to Dr. Curt Connors’ reptilian alter-ego.


“The Lizard from The Amazing Spider-Man movie had a very specific design to him, unlike some comic book adaptations,” Waegner told visual effects and animation online magazine befores & afters. “For this movie, we started off exploring some new physical changes, but in the end, our filmmakers kept him quite similar to the previous design, incorporating just a few subtle changes.”


Unlike The Amazing Spider-Man, Connors is in his reptile form for all of No Way Home until he’s cured during a battle at the Statue of Liberty.


“It was important to our filmmakers that we explore different facets of The Lizard personality in this film. It was a lot of fun for the team to unleash The Lizard at Liberty Island,” Waegner said. “He was kind of like the proverbial ‘bull in a china shop’ — full of reptilian rage while running through the construction area, tearing through the scaffolding and chasing Ned (Jacob Batalon) and MJ (Zendaya). In contrast, earlier in the film when he’s in the Sanctum, he talks with the other villains, inquires about his fate, and shows a lot of personality with subtle facial features and his body language showcasing a different side of The Lizard.”


Instead of the motion capture Ifans performed for The Amazing Spider-Man, this version of Lizard “was essentially all keyframe animation,” Waegner said, explaining this was in part because of the character’s physical size. In a showdown with the three Spider-Men​ (Garfield, Tom Holland, Tobey Maguire), Lizard is a “physical wrecking ball charging through scaffolding” and interacting with a construction battleground built to real scaffolding proportions.


“Because Imageworks had worked previously on The Amazing Spider-Man with The Lizard, we had an extensive inventory of reference photography which had been done for the original movie. This reference was restored and basically became a starting point for our in-depth character study,” Waegner said. “We used the original Rhys Ifans data as reference, but since there were some proportional changes in the new Lizard design, it could only be used as reference. With so many villains, his screen time was limited and since his psychological component had been already established in the previous film, this allowed us to focus more on his physical performance.”


Spider-Man: No Way Home is now playing exclusively in theaters and will soon be available to own on digital.

Denial of responsibility! NewsConcerns is an automatic aggregator of the all world’s media. In each content, the hyperlink to the primary source is specified. All trademarks belong to their rightful owners, all materials to their authors. If you are the owner of the content and do not want us to publish your materials, please contact us by email – [email protected]. The content will be deleted within 24 hours.
Spider-Man: No Way HomeThe Amazing Spider-ManThe Lizard
0
Share

Overwhelmed By COVID News? Here’s What To Monitor And What To Skip.