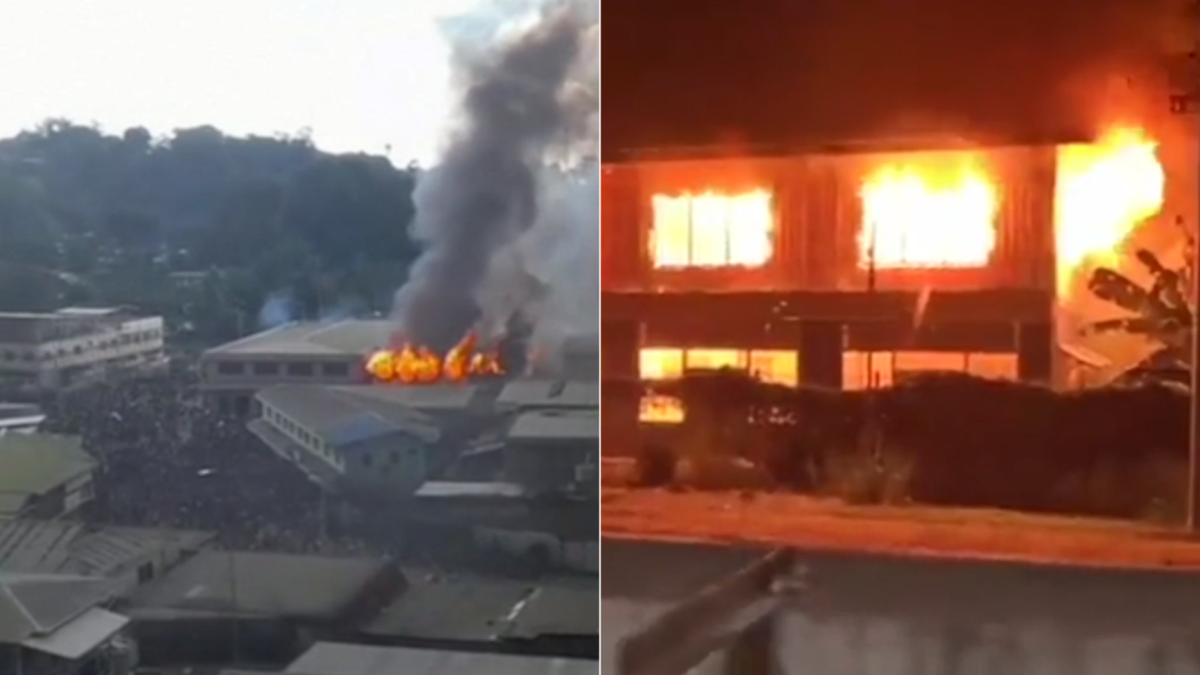 Australian troops and federal police have been deployed to the Solomon Islands amid violent protests that have rocked the Pacific island country.

There has been rioting and damage to property as angry demonstrators call for the resignation of Prime Minister Manasseh Sogavare over his recent strengthening of ties with China.

An initial group of 23 Australian Federal Police were deployed on Thursday afternoon, with a further 50 officers due to leave on Friday.

They join 43 Australian Defence Force personnel who have been sent to Honiara from Townsville.

Prime Minister Scott Morrison said the Australian government has been “watching the ongoing protests in Honiara with concern”.

“We continue to call for calm, for an end to any further violence and emphasise the importance of resolving tensions peacefully,” he said in a statement.

Photos and videos from the Solomons show Chinese-owned shops being torched, looters carrying stolen goods through the streets and police firing tear gas and rubber bullets at looters.

Chinese officials have asked the government of the Solomon Islands to ensure the safety of its citizens.

Chinese Foreign Ministry spokesperson Zhao Lijian said China supports the government efforts to stop the riots that began on Wednesday, urging the authorities there to take “necessary measures to guarantee the safety of citizens”.

The spokesman said the government has conveyed its “concern about the attacks” to the local government, expressing his confidence that the administration “will restore order and stability quickly”.

Zhao said the ties between China and the Solomon Islands had developed well in the last two years.

The spokesman mentioned the progress between the two countries in “economy, trade, infrastructure and education”.

“Any attempt to disrupt the normal development of China’s relations with another country is useless,” he warned.

In September 2019, the Solomon Islands cut its official ties with Taiwan after maintaining relations with Taipei for 36 years.

Taiwan maintains its diplomatic ties with 15 countries only.

Several of its allies have severed ties in favour of China in recent years.

Denial of responsibility! NewsConcerns is an automatic aggregator of the all world’s media. In each content, the hyperlink to the primary source is specified. All trademarks belong to their rightful owners, all materials to their authors. If you are the owner of the content and do not want us to publish your materials, please contact us by email – [email protected]. The content will be deleted within 24 hours.
Entertainment - SunriseNewsOn The ShowPoliticsWorld NewsWorld Politics
0
Share