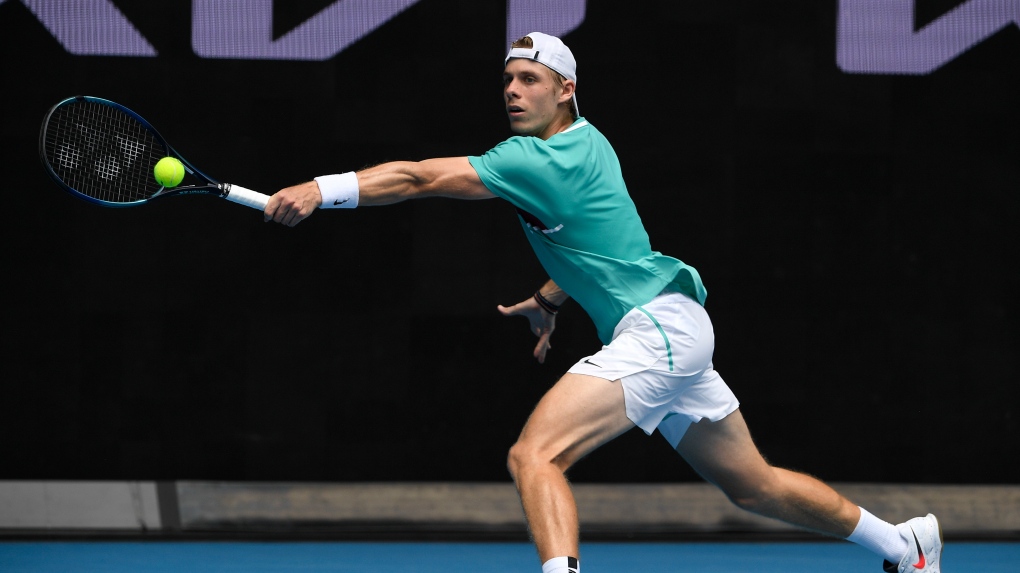 
Canada’s Denis Shapovalov overcame shaky moments and worked through a slew of unforced errors to defeat Serbia’s Laslo Djere 7-6(3), 6-4, 3-6, 7-6(3) in the first round at the Australian Open Monday.


Shapovalov of Richmond Hill, Ont., needed three hours and 23 minutes to close out a match that opened with a lengthy first set and closed with a prolonged fourth set — both went to a tiebreak.


The Canadian, ranked 14th, was not at his best — he had 68 unforced errors in the match — but he did what he needed to break through and get past the 52nd-ranked Djere.


Up 5-2 in the fourth, Shapovalov was serving for the match but ran into trouble when he made three unforced errors and a double fault to extend the encounter. Djere fought off match point and broke the Canadian twice to force a tiebreak.


Shapovalov shook off those missed opportunities and forced Djere to go long on triple match point in the tiebreak.


The 22-year-old Shapovalov will face Korea’s Soonwoo Kwon in the second round.


After dropping the opening two sets, Djere showed some fight and made quick work of the Canadian in a 34-minute third set. Shapovalov lost serve in the second game and quickly went down 3-0. Djere went on to serve out the set.


Shapovalov was solid in the second set, with his break of Djere in the seventh game proving to be the difference.


The Canadian worked hard to win the first set. He was broken to start the match, and needed to fight off two set points in the 10th game down 5-4 to stay alive. In the tiebreak, his fourth ace of the set put him up 5-3 before Djere’s unforced error sealed it. Shapovalov made 22 unforced errors in the first set.


Montreal’s Auger-Aliassime is the other Canadian in the men’s main draw at this year’s tournament. Leylah Annie Fernandez of Laval, Que., and Vancouver’s Rebecca Marino are in the women’s singles draw.

ravi kishan: Battle for UP: Bhojpuri singers at war