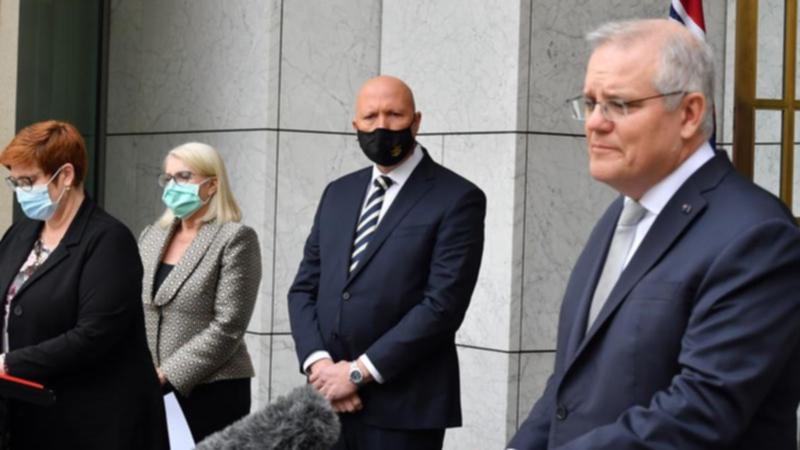 Federal cabinet ministers were summoned to a secret meeting in Canberra ahead of a major international development expected out of the US.

Some cabinet members were granted border exemptions to urgently fly to Canberra for Wednesday’s meeting, The Sydney Morning Herald and The Age reported, quoting sources familiar with the development.

Defence Minister Peter Dutton and Foreign Affairs Minister Marise Payne are in Washington DC for meetings and reportedly joined the meeting via a secure connection.

Opposition Leader Anthony Albanese and three other members of his frontbench were also briefed on the sensitive matter, the newspapers report.

It is expected an announcement, significant to the US and British governments, will be made at 7am AEST on Thursday.

It is believed the announcement relates to a major international security initiative.

US publication Politico reported that US President Joe Biden was set to announce a new working group – to be known as AUUKUS – to allow the three countries to share technology including cyber, artificial intelligence, underwater systems and long-range strike capabilities.

Prime Minister Scott Morrison will travel to Washington DC next week for a meeting of the Quad alliance of the US, India, Japan and Australia.

The Quad is seen as a counter to China’s rising assertiveness in the Asia-Pacific region.

Mr Morrison will have talks with US President Joe Biden, with security, terror threats, Afghanistan and climate change key issues the pair are expected to discuss.

Washington, D.C. on Edge Over Protest of Jan. 6 Arrests

What Was Your First Parent Car?

Dan Aykroyd: ‘I still have the lizard brain of a 20-year-old’ | Life and style

Jose Abreu is a Metronome of Power for the White Sox