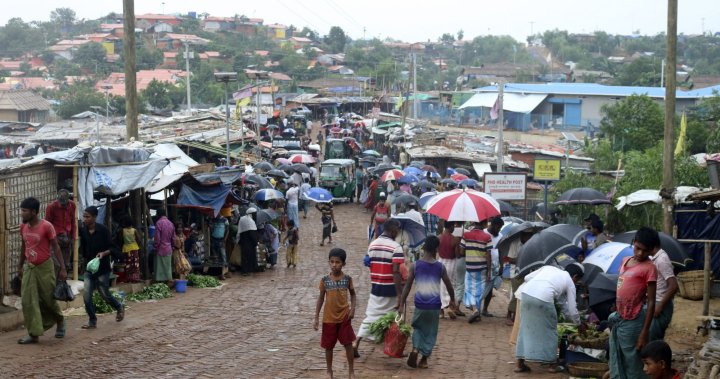 An international representative of ethnic Rohingya refugees was shot to death in a camp in Bangladesh by unknown gunmen late Wednesday, police said.

Mohibullah, who is in his 40s, was a teacher who emerged as a key refugee leader and a spokesman representing the Muslim ethnic group in international meetings. He visited the White House in 2019 for a meeting on religious freedom with then-President Donald Trump and spoke about the suffering and persecution faced by Rohingya in Myanmar.

That same year, he was bitterly criticized by Bangladeshi media after he led a massive rally of 200,000 refugees to mark the second anniversary of the crackdown by Myanmar’s military that caused about 700,000 Rohingya, including Mohibullah, to flee to neighboring Bangladesh.

The unidentified attackers shot Mohibullah at the Kutupalong refugee camp at Ukhiya in Cox’s Bazar district, said Naimul Haque, an commander of the Armed Police Battalion in Cox’s Bazar. He was rushed to a hospital where he was declared dead.

No groups claimed responsibility and it was not clear immediately who was behind the attack.

Human Rights Watch called Mohibullah a vital voice for the Rohingya community. “He always defended the rights of the Rohingya to safe and dignified returns and to have a say in the decisions concerning their lives and future. His killing is a stark demonstration of the risks faced by those in the camps who speak up for freedom and against violence,” Meenakshi Ganguly, the rights group’s South Asia director, said in a statement.

“Mohibullah’s death undermines not only the struggle of Rohingya refugees for greater rights and protection in the refugee camps, but also their efforts to safely return to their homes in Myanmar. Bangladesh authorities should urgently investigate Mohibullah’s killing along with other attacks on Rohingya activists in the camps,” she said.

Amnesty International urged Bangladeshi authorities and the U.N. Refugee Agency to work together to ensure the protection of people in the camps, including refugees, activists and humanitarian workers from both the Rohingya and local community, many of whom have shared concerns about their safety.

Overall, Bangladesh has been sheltering more than 1.1 million Rohingya refugees from Myanmar after previous waves of persecution.

Denial of responsibility! NewsConcerns is an automatic aggregator of the all world’s media. In each content, the hyperlink to the primary source is specified. All trademarks belong to their rightful owners, all materials to their authors. If you are the owner of the content and do not want us to publish your materials, please contact us by email – admin@newsconcerns.com. The content will be deleted within 24 hours.
BangladeshMohibullahMohibullah killedMohibullah shotMyanmarRohingyaRohingya crisisrohingya refugees
0
Share