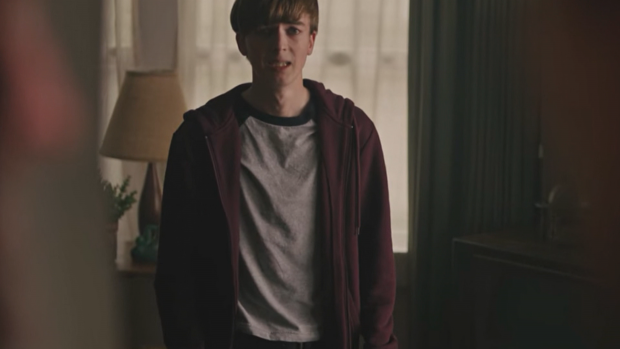 A young B.C. actor who fatally shot his mother in their Squamish home has been sentenced to life in prison with no parole eligibility for 14 years.

Ryan Grantham, 24, pleaded guilty to second-degree murder for pulling the trigger on March 31, 2020.

Justice Kathleen Ker handed down the sentence in a Vancouver courtroom Tuesday, three months after the sentencing hearing was wrapped up.

Grantham, who had a one-time role on the Netflix series “Riverdale” loosely based on Archie Comics, was grappling with depression, isolation and excessive cannabis use at the time of the killing, the court had heard.

The court heard he was procrastinating in his studies at Simon Fraser University and had not been acting in a while, and he’d rationalized his actions because he didn’t want his mother to see what he perceived as his failings.

Barbara Waite, 64, was playing the piano when Grantham fired one shot. He then lit some candles, hung rosaries over the piano and prayed before leaving their home for more bloodshed, the court heard.

Grantham had plans of mass murder with thoughts of killing people at SFU and the Lions Gate Bridge.

One of his targets was Prime Minister Justin Trudeau. He had a printed map of Rideau Cottage in Ottawa and was on his way there, before turning around in Hope and driving to Vancouver police headquarters to surrender.

An online filmography for Grantham shows his acting career started in 2007 with roles in TV movies. His credits also include “The Imaginarium of Doctor Parnassus,” “Diary of a Wimpy Kid,” “iZombie” and “Supernatural.”

His last acting role was on “Riverdale,” in which he played a teenage boy who took his father’s truck without permission and accidentally killed main character Archie Andrews’ father, Fred. The episode centred around the fatal hit-and-run is a tribute to actor Luke Perry, who’d died of a stroke earlier in the year.

A second-degree murder conviction carries with it a life sentence with parole ineligibility for 10 to 25 years.