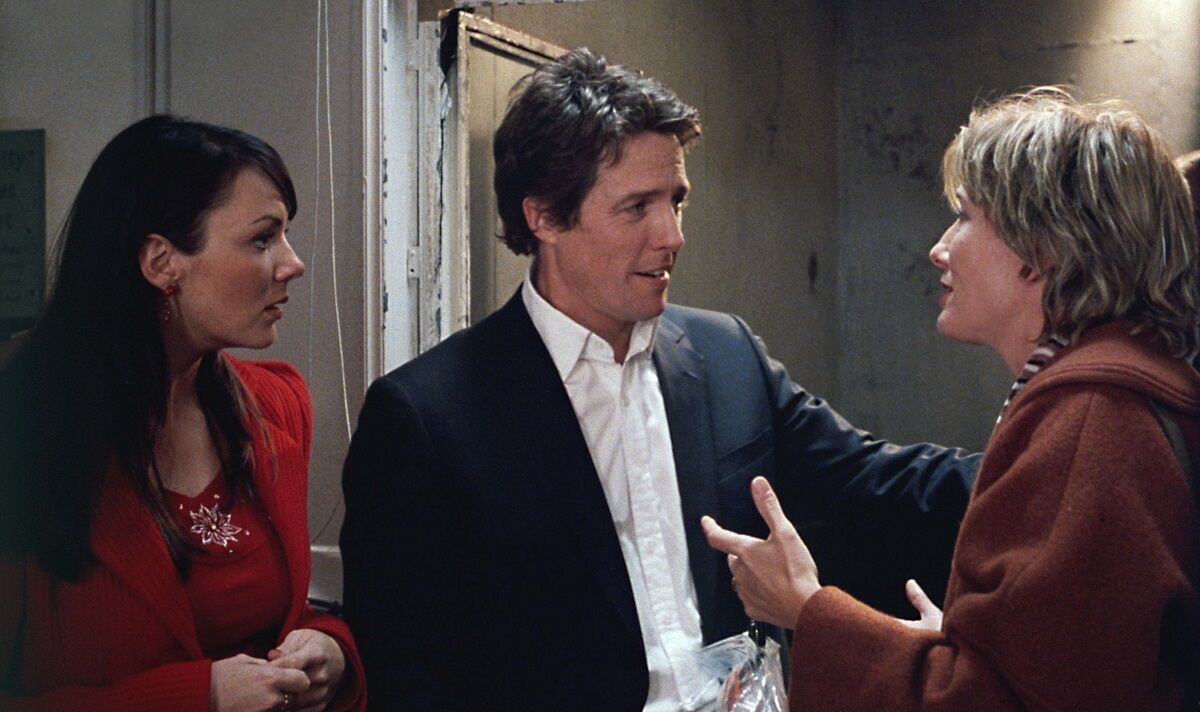 The award-winning British screenwriter said there were moments of the film that were now “bound to feel out of date” but that society’s ongoing love for it was “really touching”. He made the remarks as part of a one-hour special, titled The Laughter & Secrets of Love Actually: 20 Years Later, which was broadcast on US network ABC on Wednesday.

Asked by Sawyer if there were any parts of the film that “made you wince”, Curtis replied: “There are things that you would change, but thank God society is changing.

“My film is bound in some moments to feel out of date. The lack of diversity makes me feel uncomfortable and a bit stupid.”

He added that the love he continued to see in the world made him “wish my film was better”.

“There is such extraordinary love that goes on every minute in so many ways, all the way around the world, and makes me wish my film was better,” he said.

“It makes me wish I’d made a documentary just to kind of observe it.”

The film’s stars also hailed Curtis as a “truly good person” with a “golden heart” in their own interview segments.

“It’s this golden heart he has,” Dame Emma said.

“He’s truly a good person (and) in our business that’s something that (is) to be treasured.”

Grant added: “He is funny, that’s a black and white thing… and (the story) comes from the heart, it’s true.”

Curtis later added: “I do think that the way to think about life is that every day has the potential just to be gorgeous.”

“I think when you get it right, films can act as a reminder of how lovely things can be and how there are all sorts of things which we might pass by, which are in fact the best moments to our lives.”

Nighy, who won a Bafta for best actor in a supporting role in the film, said the film had been “wonderful to be a part of”.

“It’s amazing the way it’s entered the language,” he said.

“People have Love Actually parties and they know it by heart. They play their score live with a live orchestra.

“It’s become beloved and it’s a wonderful thing to be a part of.”

Love Actually was released in 2003 and went on to become a staple feature of the UK festive season.

Despite a mixed critical response the film was nominated for two Golden Globe Awards as well as Nighy’s Bafta.

The story delves into different aspects of love as shown through 10 separate stories involving a wide variety of individuals, many of whom are shown to be interlinked as the tales progress.

The story begins five weeks before Christmas and is played out in a weekly countdown until the holiday, followed by an epilogue that takes place one month later – delivered by Grant.