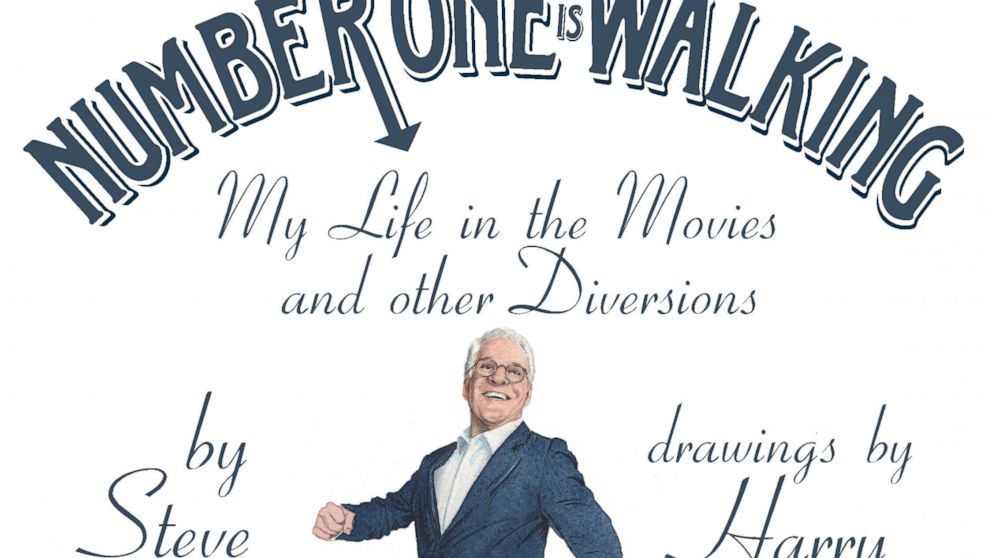 “Number One Is Walking: My Life in the Movies and Other Diversions,” by Steve Martin with drawings by Harry Bliss (Celadon):

Between the covers of this surprisingly thin memoir are truffles of humor from comedian Steve Martin’s movie career illustrated by cartoonist Harry Bliss. The book is a sweet and smooth treat but ultimately unsatisfying.

It is a tempting concept: Martin revisits his first starring role, in “The Jerk” (1979), and the more than 40 movies that followed. But his choice to offer anecdotes on only a dozen of them and skip the rest is disappointing.

Instead of providing a charming twist on the standard memoir, Bliss’ drawings come off as padding. More than half the pages are his one-frame cartoons, the “other diversions” promised in the title. At least they’re amusing enough to accomplish their mission.

Indeed, some of the funnier moments in Martin’s memoir come from other people. His mother once called to tell him: “Some friends of ours went to the movies last weekend and they couldn’t get in anywhere, so they went to see yours, and they loved it!” The director Mike Nichols summed up Martin’s movie career in saying, “You always aim high at something low.” Actor Michael Caine learned early on who was making the real money in Hollywood: Actors decorated their homes with pictures of themselves; on producers’ walls were Van Goghs and Monets.

That’s right — “Number One Is Walking” doesn’t lack humor, insight or Martin’s ironic take on life, but it does lack depth. He comes closest when he writes: “I made more than 40 movies, barely pausing to breathe, and here’s why: I believed I had to make 40 to get five good ones.”

Revisiting, even briefly, a personal and popular triumph like “Roxanne” (1987) is welcome. So might have been Martin’s thoughts on the risky musical “Pennies from Heaven” (1981). Fans might wonder why Martin made the bland “Pink Panther” and “Cheaper by the Dozen” films in the 2000s instead of writing more edgy original scripts like the one for the underrated comedy “Bowfinger” (1999). Easy to say but hard to do? Tell us more.

If someone with a sense of the ironic set out to write a blurb, he might say: “Reading ‘Number One is Walking’ was the funniest 35 minutes of my life this week. I wish it had been 45.”

Douglass K. Daniel is the author of “Anne Bancroft: A Life” (University Press of Kentucky).

Denial of responsibility! NewsConcerns is an automatic aggregator of the all world’s media. In each content, the hyperlink to the primary source is specified. All trademarks belong to their rightful owners, all materials to their authors. If you are the owner of the content and do not want us to publish your materials, please contact us by email – admin@newsconcerns.com. The content will be deleted within 24 hours.
Anne BancroftArts and entertainmentBooks and literatureEntertainmentHarry BlissMichael CaineMike NicholsMovies
0
Share