Review: An imperialist repents in ‘Gangsters of Capitalism’ 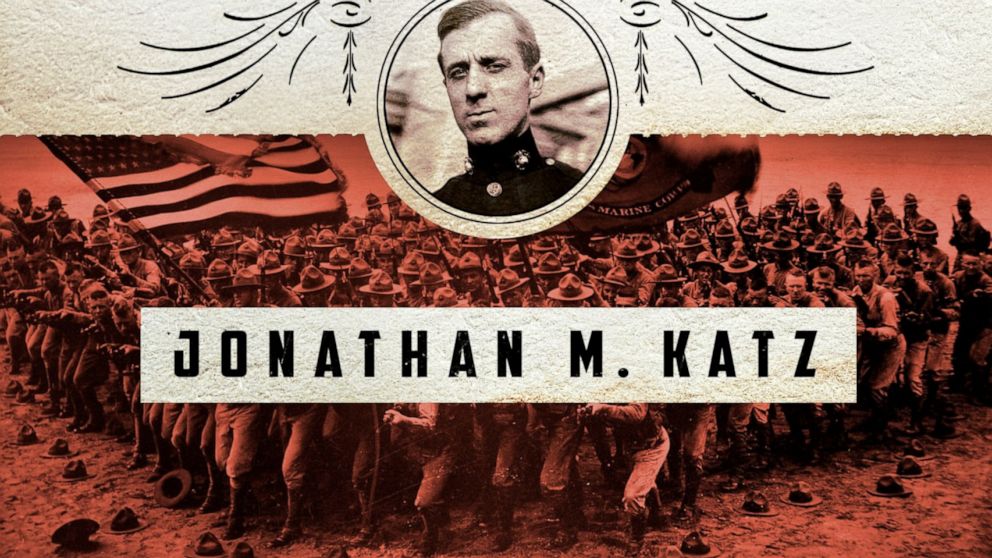 “Gangsters of Capitalism: Smedley Butler, the Marines, and the Making and Breaking of America’s Empire” by Jonathan M. Katz (St. Martin’s Press)

Plenty of U.S. veterans of the country’s 21-century “forever wars” — men and women who lost buddies and limbs to roadside bombs and suffer psychic scars — struggle to understand the why behind them. Some wonder: Were they instruments of less-than-noble imperialist adventures?

A century ago, a gimlet-eyed Marine who featured in pretty much every early U.S. empire-building expedition — in Cuba, the Philippines, Panama, Mexico, Nicaragua and Haiti — asked himself the same question. His answer: “Yes.” Smedley Butler was the tip of the spear in democracy-thwarting invasions and occupations beginning in 1898 whose beneficiaries included the banker J.P. Morgan and Standard Oil.

The book combines history, scholarship and travelogue. Katz visited nine countries to report it, including China, where Butler was wounded trying to put down the Boxer Rebellion, to help understand how the United States got to where it is now. Perhaps it’s no surprise a defeated president was able to rally a violent mob to storm the U.S. Capitol a year ago and nearly thwart what had long been considered a stable democracy.

“Gangsters of Capitalism” is in the vein of a number of recent histories – a category we used to call “revisionism” – that expose the brutality and racism in U.S. expansionism and cast doubt on the oft-repeated claim of American exceptionalism. They include Greg Grandin’s Pulitzer-winning “The End of the Myth” and Vincent Bevins’ “The Jakarta Method.”

Katz’s engaging style brings history alive. The veteran foreign correspondent was employed by The Associated Press in Haiti when he learned how Butler and Marines had stormed its parliament in 1917, dissolving it at gunpoint for resisting a U.S.-penned constitution that granted foreigners property ownership rights in the Black Caribbean nation founded by former slaves. It is just one in a litany of violent power plays Butler orchestrated even while recognizing their moral bankruptcy in letters home.

Among deeds weighing heavily on Butler in his later years was how he helped create domestic praetorian “guardias nacionales” in countries including Nicaragua and the Dominican Republic later used by ruthless strongmen as shock troops.

Katz’s first book, “The Big Truck That Went By,” told how relief that was supposed to help Haitians recover from the terrible 2010 earthquake instead enriched aid workers, military contractors and foreign investors who set up shop to exploit cheap Haitian labor.

“Gangsters of Capitalism” tries to reckon how a highly decorated U.S. soldier — Butler would attain the rank of brigadier general — could act so flagrantly anti-democratic while abroad, overseeing extrajudicial killings, forced labor and election-rigging, then work to try to prevent America from dispatching its youth to die in foreign wars.

There is no evidence Butler gained materially from being “a racketeer for capitalism” — his words — who “helped rape a half a dozen Central American republics for the benefit of Wall Street.” His only reward, it seems, was the esteem of his fellow combatants and the veterans whose pension rights he fought for during the Depression. And maybe to teach us a lesson.

Denial of responsibility! NewsConcerns is an automatic aggregator of the all world’s media. In each content, the hyperlink to the primary source is specified. All trademarks belong to their rightful owners, all materials to their authors. If you are the owner of the content and do not want us to publish your materials, please contact us by email – admin@newsconcerns.com. The content will be deleted within 24 hours.
Arts and entertainmentBiographiesBooks and literaturecapitalismCaribbeanEntertainmentGovernment and politicsGreg Grandin
0
Share

Ford Partners With Stripe For Easier Payments and Subscriptions