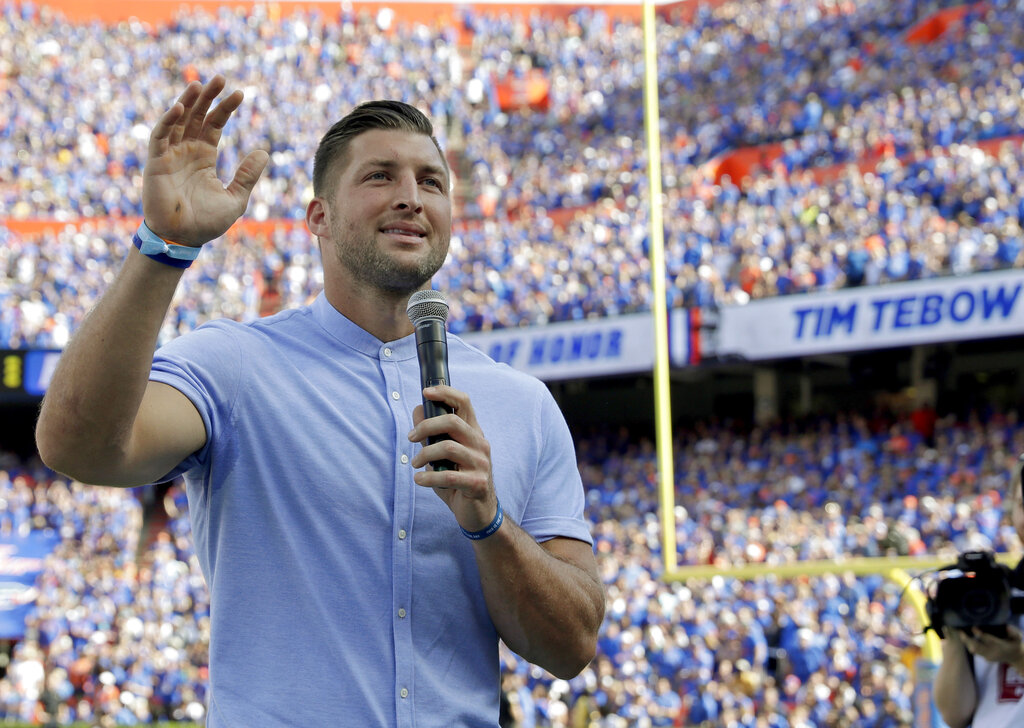 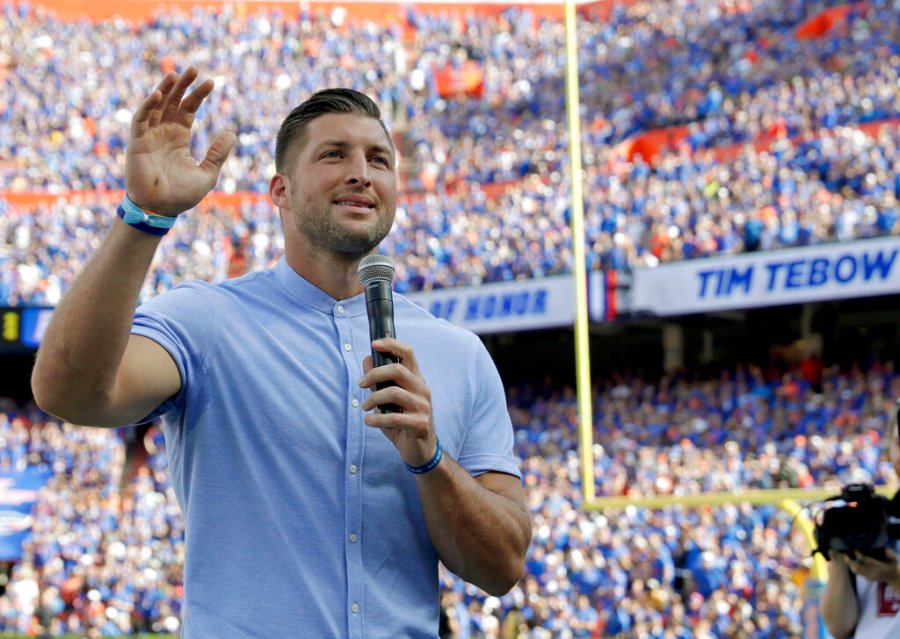 JACKSONVILLE, Fla. (AP) — Tim Tebow and Urban Meyer are together again, this time in the NFL and with Tebow playing a new position.

The former Florida star and 2007 Heisman Trophy-winning quarterback signed a one-year contract with the Jacksonville Jaguars on Thursday and will attempt to revive his pro career as a tight end. The move also reunites two of college football’s most polarizing figures over the past 15 years.

The 33-year-old Tebow is returning to the NFL after five years (2016-20) in the New York Mets’ organization and he’ll be playing for Meyer for the first time since his senior year in 2009.

He will be on the field with his new teammates Thursday for a voluntary, closed workout. Tebow is not expected to have any media availability until training camp, at the earliest, in hopes of minimizing the media circus that follows the devout Christian who has received rock star treatment at every NFL stop.

His comeback is an unprecedented one because of his age, his new position and the fact that he last played in a regular-season game in 2012, with the New York Jets.

Several teams suggested Tebow make the position change years ago, but he declined.

Get the 5 things to know to start your day every morning, click here to subscribe to the [Your Morning] newsletter from NewsNation.

He finally switched after retiring from baseball in February. He worked out for the Jaguars the following week, the first of two exploratory sessions that came to light hours before the start of the NFL draft on April 29.

Meyer raved about Tebow’s workouts, saying assistants were surprised to see the 235-pounder in such great shape. Ultimately, Tebow’s ability to pick up a new position — a number of college QBs have made the transition look seamless — will determine whether he makes the team.

Just getting a chance after such a lengthy layoff has stirred debate about preferential treatment. Others insist it’s merely the result of a decades-long relationship that now includes Meyer and Tebow being neighbors in Jacksonville.

Former Dallas receiver Dez Bryant, current Pittsburgh linebacker Devin Bush and Denver safety Kareem Jackson were among a number of others who criticized the move.

“So Tebow haven’t played an NFL game in damn near a decade and it’s that simple … no hate but you got to be kidding me,” Bryant posted on Twitter.

Yes, your iPhone is taking ‘invisible’ pictures of you

Added Jackson: “I love Tebow too but gahh damn he got more lives than a cat.”

Tebow, who grew up in Jacksonville and remains a popular figure in his hometown, could fill a huge hole for Meyer. The Jaguars decided not to pick up a team option in veteran Tyler Eifert’s contract and traded oft-injured 2019 draft pick Josh Oliver to Baltimore in March. They signed run-blocking specialist Chris Manhertz in free agency, brought back James O’Shaughnessy and drafted Ohio State’s Luke Farrell in the fifth round.

Those were considered minor moves after Meyer vowed to completely revamp the position group. Tebow, at the very least, provides another splash for a franchise that had been mostly irrelevant the last two decades.

But how much can a guy on the wrong side of 30 who’s never played the position bring to the team? Tebow’s value could mean as much off the field as on it.

Tebow played for Meyer between 2006 and 2009, helping the Gators win two national championships while becoming one of the most recognizable athletes in college sports.

He was a first-round draft pick by Denver in 2010, but his lengthy windup and inaccuracy led to a short NFL career. He spent time with the Broncos, the New York Jets, New England and Philadelphia. His last meaningful game came with the Jets in 2012. The Eagles cut him following training camp in 2015, with then-coach Chip Kelly saying Tebow wasn’t good enough to be Philly’s No. 3 QB.

Tebow won a playoff game with Denver in 2012, but never developed into a dependable NFL starter. He asked Meyer for guidance on whether to switch to tight end while bouncing from team to team, but Meyer “was so busy I couldn’t give him the time.”

Tebow ended up leaving football altogether and signing with the Mets.

“I know playing a position in the NFL without (experience), that’s a long shot,” Meyer said during the draft.

When Tebow approached Meyer about making a comeback, the coach invited him to the facility for a workout. Meyer made it clear he didn’t feel like he owed Tebow anything, either.

“I have one job and that is to win games with the Jacksonville Jaguars,” Meyer said. “If Tim Tebow or (rookie running back) Travis Etienne can help us win, then that’s my job to get them ready to go play.”

Denial of responsibility! NewsConcerns is an automatic aggregator of the all world’s media. In each content, the hyperlink to the primary source is specified. All trademarks belong to their rightful owners, all materials to their authors. If you are the owner of the content and do not want us to publish your materials, please contact us by email – [email protected]. The content will be deleted within 24 hours.
Mark Long/AP
0
Share

Parliament returns as vaccines ramp up