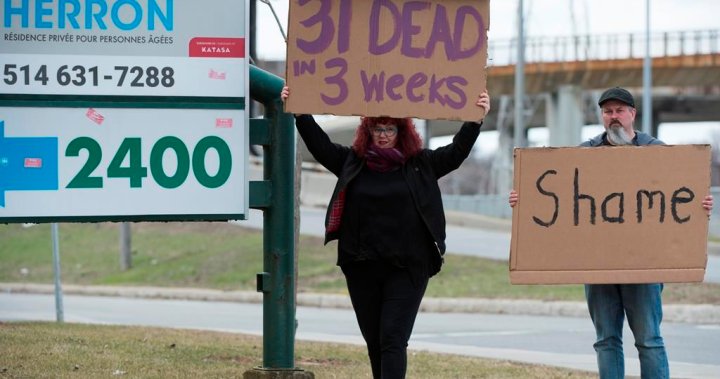 The coroner investigating 47 deaths at a Montreal long-term care home that occurred during the pandemic’s first wave says she is prolonging the hearings that were set to end Thursday.

Coroner Gehane Kamel told the inquiry she wants to find out whether employees at Residence Herron abandoned their posts on March 29, 2020, as things spiralled out of control at the privately owned care home.

She says she will also view video surveillance footage from the facility captured in late March 2020.

Kamel told the inquiry she slept badly Wednesday night, noting that the families of residents who died at the facility have unanswered questions and heard contradictory testimony regarding what happened at the care home.

The inquiry has heard that regional health authorities arrived on March 29, 2020, to find residents dehydrated, unfed and soiled.

The inquiry into Herron was set to close Thursday with the cross-examination of owner Samantha Chowieri, but the coroner says three more dates will be added at the end of October to hear from at least four other witnesses.

Denial of responsibility! NewsConcerns is an automatic aggregator of the all world’s media. In each content, the hyperlink to the primary source is specified. All trademarks belong to their rightful owners, all materials to their authors. If you are the owner of the content and do not want us to publish your materials, please contact us by email – admin@newsconcerns.com. The content will be deleted within 24 hours.
Canada CoronavirusCHSLD HerronCoronavirusCoronavirus CasesCoronavirus In Canadacoronavirus newscoronavirus updateCOVID
0
Share

Function by Black Bridge Motors looks like a Defender, has a Wrangler twist