Province forecasts only 19.7 per cent of Alberta crops are in ‘good’ to ‘excellent’ condition 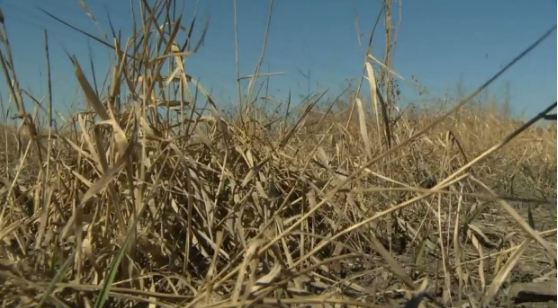 EDMONTON —
The latest spell of warm weather in Alberta continues to deteriorate agricultural conditions in the province as the latest crop report forecasts only 19.7 per cent of crops in good to excellent condition.

Released on Tuesday, the province’s crop report painted a bleak picture for agricultural producers in Alberta as warm weather coupled with a lack of precipitation continues to damage annual and perennial harvests.

The crop rating represents a 17 point drop in the last two weeks and is more than 50 points below the five and ten year average scores, the province said.

“The forecasted high temperatures for the upcoming week are expected to impact these ratings further,” the report said.

According to the provincial crop report, the central region – encompassing areas around Coronation, Oyen, Rimbey, and Airdrie – experienced the most significant crop reductions.

Of the crops that are able to be harvested, reported yields are “well below normal,” the crop forecast said. First-cut hay has a five-year average of 1.5 tons per acre. This year yields are around one ton per acre.

More than half of all pasture acres are rated as poor, the province said.

Last year the provincial government’s crop forecast rated 77.5 per cent of all crops as in good to excellent condition at the end of July.

Some of the hardest hit crops, as compared to last year, include chickpeas, dry peas, spring wheat, and durum wheat.

The province releases crop reporting bi-weekly during July and August.