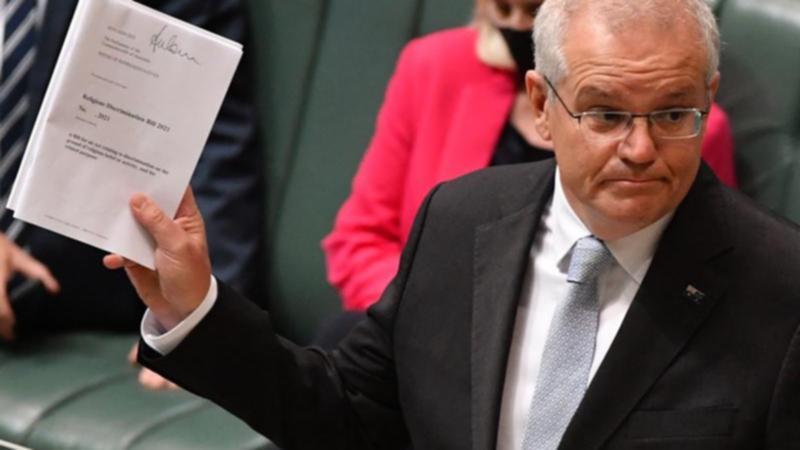 The federal government is under pressure from within its own ranks to make sure teachers can’t be sacked and students expelled because of their sexuality or gender identity.

The introduction of the government’s religious discrimination bill that would green light faith-based hiring has fuelled momentum for greater protections for LGBTQI+ people.

Prime Minister Scott Morrison maintains nothing in the bill would allow the discrimination of students because of sexuality or gender identity.

This is because that issue falls under the Sex Discrimination Act, which is being looked at by the Australian Law Reform Commission.

“My view on that hasn’t changed. Gay students should not be expelled from religious schools, and nor should gay teachers who have been employed at those schools be dismissed,” Mr Morrison told reporters on Thursday.

“I don’t see why, particularly in relation to students, a relatively simple fix can’t happen earlier,” he told the ABC.

“It’s still very hard for lots of young people. The question is what message is the government sending by kicking that can down the road like it is?”

Labor wants both the issue of protecting students and the religious discrimination bill examined.

“There needs to be time for a proper consideration of these matters, both the question of how students are treated at school and the question of religious discrimination,” Labor senator Jenny McAllister said.

It would mean people who express their religious beliefs do not fall foul of existing anti-discrimination legislation.

But these expressions cannot be malicious or considered by a reasonable person to threaten, intimidate, harass or vilify.

Religious schools would be able to preference hiring people of a particular faith as long as this is a publicly stated policy.

“People should not be cancelled or persecuted or vilified because their beliefs are different from someone else’s in a free liberal democratic society such as Australia,” the prime minister said.

“Australians shouldn’t have to worry about looking over their shoulder fearful of offending an anonymous person on Twitter … or transgressing against political or social zeitgeists.”

“This more limited bill will still be an important recognition of the rights of people with a religious faith to express religious beliefs and engage in religious activities,” he said.

Denial of responsibility! NewsConcerns is an automatic aggregator of the all world’s media. In each content, the hyperlink to the primary source is specified. All trademarks belong to their rightful owners, all materials to their authors. If you are the owner of the content and do not want us to publish your materials, please contact us by email – [email protected]. The content will be deleted within 24 hours.
Politics
0
Share

Save 35% with this Garmin Forerunner 45 GPS Black Friday deal

'What's going to happen next?': Businesses brace for omicron

What to Cook Right Now