Pompeo: Mexico could be a launch point for terrorist attacks 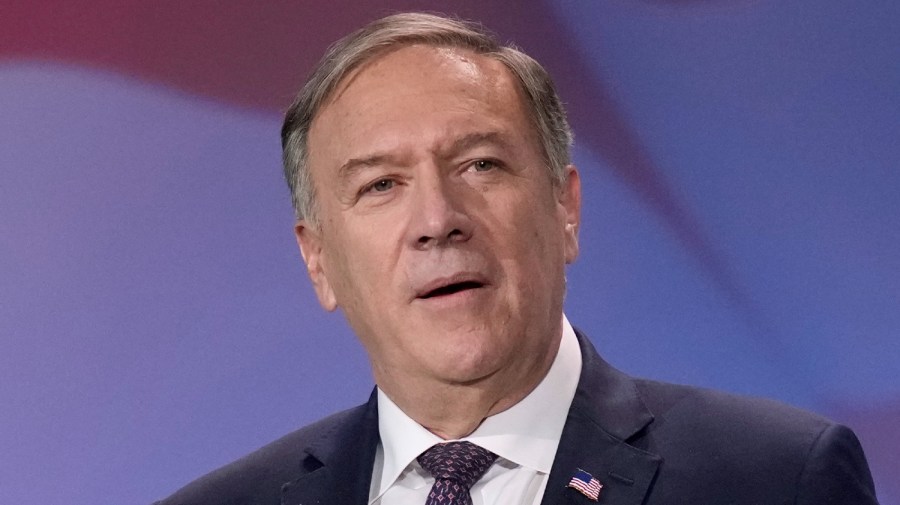 (NewsNation) — Former Secretary of State Mike Pompeo fears that the next “Nueve-Once event” — another terrorist attack at the magnitude of Sept. 11, 2001 — will come from the destabilized regions of Mexico, where he says terrorists looking to attack the United States could organize.

“My assessment is that Mexico as a safe haven and launching point for terror operations in the United States is a serious possibility within the next ten years,” Pompeo wrote in his new memoir, “Never Give an Inch.”

The former CIA director draws on his experience in the intelligence community and warns that “ungoverned spaces” — territory not controlled by any nation-state government — are now precariously close to the southern border.

Those ungoverned spaces are being run by Mexican drug cartels who “impose their gangland rule without government interference” and now control a significant portion of territory, Pompeo argues. He says the threat is further amplified because of the known ties between the cartels and jihadist groups.

“Mexican drug lords could invite their terrorist friends to crash at their houses if counterterrorism pressure in Afghanistan, Syria or Yemen becomes too much,” Pompeo wrote.

The former secretary of state’s book comes as federal authorities face a record number of migrants at the southern border. Last month, U.S. Customs and Border Protection (CBP) stopped migrants over 250,000 times along the Mexican border — up 40% from Dec. 2021 and an all-time high for a single month.

Of top concern are migrants on the U.S. government’s terrorist watchlist. Agents along the southern border have stopped individuals on the watchlist 38 times since October. By comparison, border patrol agents recorded just 11 such encounters from 2017 to 2020.

Despite the recent increase, run-ins with individuals on the terror watchlist remain extremely rare. The 38 stops so far this fiscal year account for a tiny fraction (0.0060%) of all U.S. Border Patrol encounters.

It remains to be seen whether Pompeo intends to go up against his ex-boss, former President Donald Trump, and seek the Republican nomination in 2024. He told CBS News Tuesday that he plans to make that decision in the “next handful of months.”

The importance of freshwater corridors in the Amazon