Politics, lies… and rotisserie chicken: Dictionaries name their words of the year 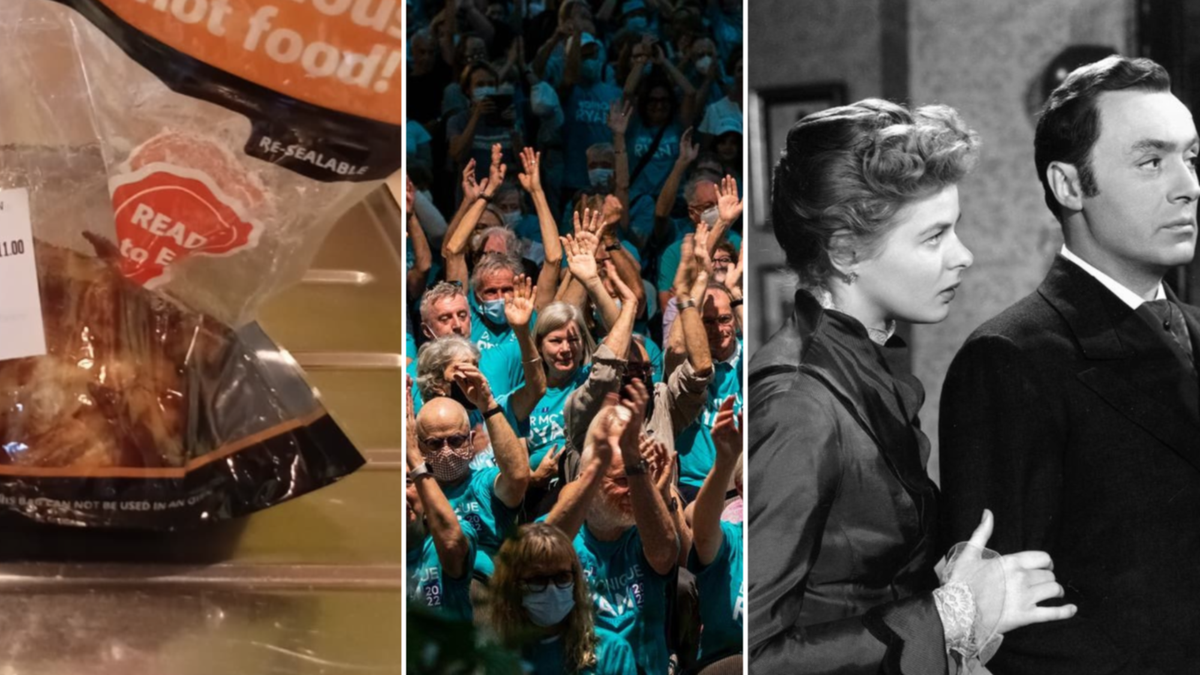 The Australian Macquarie Dictionary and the US Merriam Webster-Dictionary have each announced their 2022 Word of the Year, with a timely focus on politics and lies.

The Australian public, however, voted in a much more lighthearted term for the People’s Choice category: a cheeky roast chook reference with the “bachelor’s handbag”.

WATCH THE VIDEO ABOVE: Psychologist reveals the three signs you’re gaslighting yourself

The Macquarie Dictionary committee named “teal” the 2022 Word of the Year, explaining: “It’s hard to go past teal as an emblem of Australia’s political landscape in 2022”.

The new awareness of the word came with the Australian federal election in May, with a number of independent candidates adopting the colour as they swept to power in several inner city seats in Sydney and Melbourne, often displacing moderate Liberal MPs like former treasurer Josh Frydenberg.

“Teal embodies the year that’s been, and truth-telling is the year that’s to come,” the dictionary committee, consisting of the Macquarie Dictionary publisher and editors, journalist and writer David Astle and language research specialist Tiger Webb, said.

“With increased discussion of the First Nations Voice to Parliament, there is a sharp focus on the need for clear, unembellished truth-telling about our past.”

The People’s Choice Word of the Year 2022 also made the committee’s honourable mentions – the “bachelor’s handbag”, the colloquial and humorous term for a takeaway roast chicken.

“[from the fact that such a chicken requires no further preparation before consumption, so is seen as an easy meal favoured by a single person, and that is often packaged in a small plastic bag with a handle, resembling a handbag],” the new definition states.

“Bachelor’s handbag is a funny, clever coinage – so quintessentially Australian, summing up the role of a BBQ chook perfectly,” the committee said in their honourable mention.

The committee’s other honourable mentions were “spicy cough” referring to COVID, and “goblin mode” referring to the embracing of slovenliness.

US Dictionary word of the year 2022

Merriam-Webster’s word of the year – and this you can believe – is “gaslighting.”

The online dictionary chose “gaslighting,” which it defines as “the act or practice of grossly misleading someone especially for one’s own advantage,” as its top word of 2022 because it has become the “favoured word for the perception of deception.”

Gaslighting is usually more complex than an off-the-cuff lie and more nefarious, too: Gaslighting someone into believing they’re wrong is often part of a “larger plan,” said Merriam-Webster.

The term “gaslighting” encapsulates some of the other common terms we associate with misinformation – “deepfakes” and “fake news” among them, according to Merriam-Webster.

How we first got gaslit

In both, a nefarious man attempts to trick his new wife into thinking she’s losing her mind, in part by telling her that the gaslights in their home, which dim when he’s in the attic doing dastardly deeds, are not fading at all.

Both the play and film were wildly popular, with a renamed version of the play running for more than 1,000 performances on Broadway, and the 1944 film earning a best picture nomination and an Oscar for Ingrid Bergman.

Partly due to the film’s popularity, the noun “gaslight” became a verb, too.

In the context of the film, “gaslighting” refers to the “psychological manipulation of a person over an extended period of time that causes the victim to question” their reality, according to Merriam-Webster.

Gaslighting in politics, media and entertainment

“Gaslighting” has in the last few years become a ubiquitous term, particularly in the “age of misinformation,” Merriam-Webster said.

In 2017, a CNN opinion writer said President Donald Trump was “‘gaslighting’ all of us” after he denied making several statements he’d made in public.

CNN’s Chris Cillizza used the word again in 2021 to describe the way Trump downplayed the severity of the January 6 insurrection.

It’s also a legitimate and “extremely effective form of emotional abuse,” according to the National Domestic Violence Hotline, which has resources for survivors on recognising gaslighting.

The New York Times also this year wrote about “medical gaslighting,” when patients, especially women and people of color, are dismissed by physicians who downplay the severity of their symptoms.

How to navigate ‘medical gaslighting’ when doctors dismiss your symptoms

This year in particular, interest in the word “gaslighting” has surged, per Merriam-Webster, with a 1740 per cent increase in searches for the term.

The word continued making its way into popular media this year: Gaslit is the name of a limited series starring Julia Roberts set during the Watergate scandal of the ’70s.

The young, rich characters of 2022 comedy slasher Bodies, Bodies, Bodies accuse each other of gaslighting when tensions run high.

While other commonly searched words, including “omicron” and “queen consort,” reflect specific events or episodes of 2022, “gaslighting” refers to a phenomenon that isn’t fleeting but rather an ingrained part of our lives, per Merriam-Webster.

Why demanding positivity is toxic and making you feel worse

Denial of responsibility! NewsConcerns is an automatic aggregator of the all world’s media. In each content, the hyperlink to the primary source is specified. All trademarks belong to their rightful owners, all materials to their authors. If you are the owner of the content and do not want us to publish your materials, please contact us by email – admin@newsconcerns.com. The content will be deleted within 24 hours.
Americas - USABusinessCanadaEntertainmentMediaMoviesNewsSouth America
0
Share