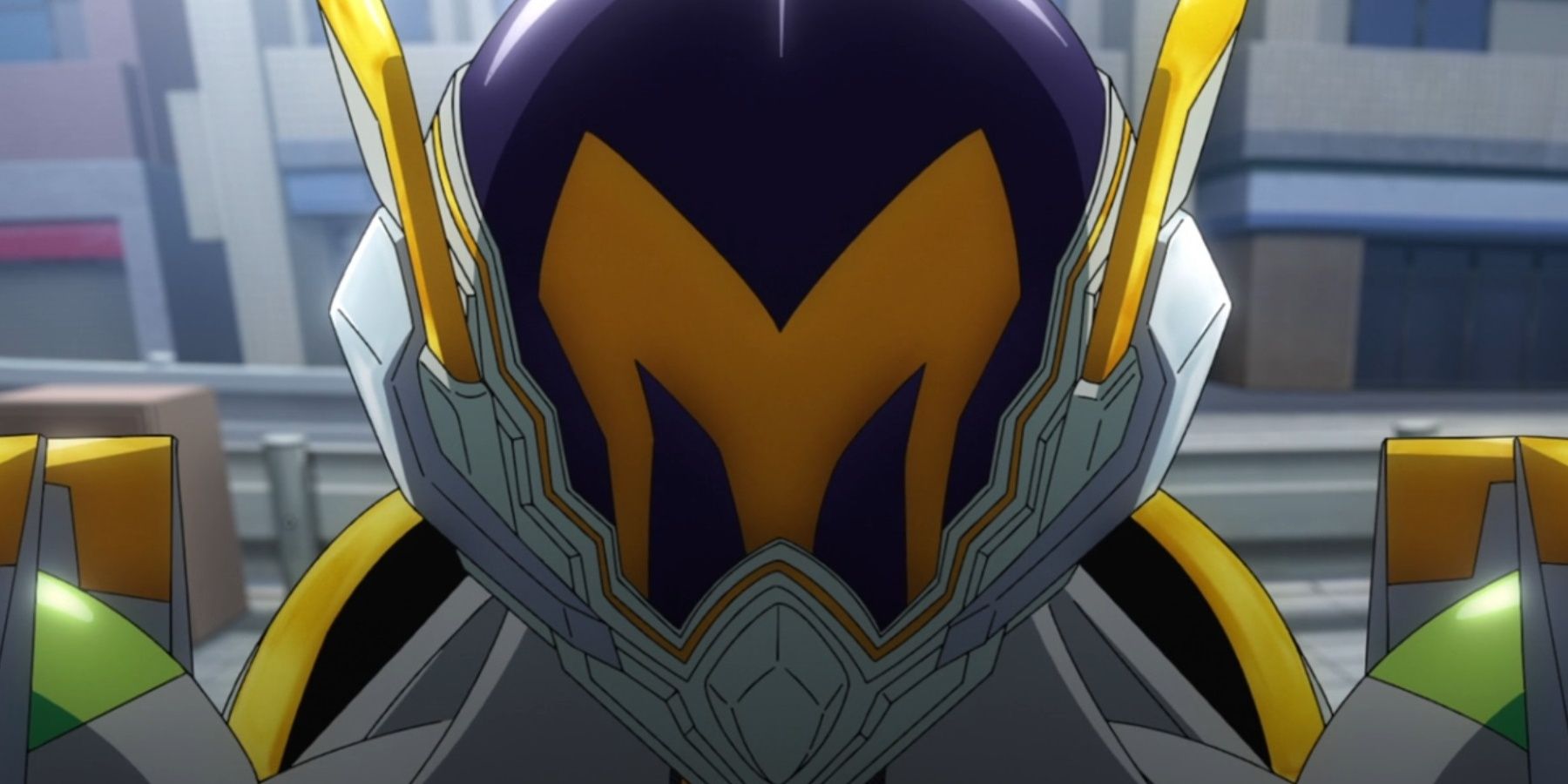 Mirai has serious competition for the title of God, as Metropoliman arrives and takes no prisoners.

Platinum End is an all-new fantasy thriller series from the creators of Death Note, depicting a battle royale between thirteen handpicked human candidates who may replace God and rule over all of creation. Mirai Kakehashi finds himself in the middle of all this, but he’s not nearly as enthusiastic as the other God candidates.

Mirai seeks only to find humble, mundane happiness in his second lease on life following an attempt on his own life, while a rival God candidate, the mysterious Metropoliman, aims to win the heavenly battle royale at all costs, and he even has a heroic caped costume to match. Mirai, however, wouldn’t call him a hero of justice.

Mirai has begun slowly building a normal, secure life for himself while trying to reconcile his role in the God battle royale with his humble desires. He also hears of the death of Tonma Rodriguez, a sleazy God candidate who abused his angelic powers to build up a harem of admirers for himself. The cause of death is unknown. Then, in the busy city streets, Mirai witnesses a tense hostage situation in a bank, and an armored superhero swoops in to save the day. He calls himself Metropoliman and is equipped with wings and arrows. He easily resolves the situation and kills the perpetrators with his white arrows.

Mirai determines that Metropoliman has the support of a top-rank angel since this caped hero has every available angel power at his disposal. Metropoliman also declares his intent to slay all evildoers, and he has eleven particular targets in mind, he tells this to the press. Mirai understands immediately that Metropoliman intends to ruthlessly hunt and kill all other God candidates, and Mirai, who also has full powers, may appear as a serious rival in Metropoliman’s eyes.

Mirai goes into hiding to shield himself from this armored hero, but he must also emerge to attend school. This pressure forces him to weigh his quest for quiet happiness against his role in the battle royale, the latter of which has become much more intense. At this rate, Mirai will have no choice but to fight, and beat Metropoliman at his own game, especially since Metropoliman’s own angel discovers Mirai is a God candidate. In fact, Mirai and Metropoliman attend the same high school.

Metropoliman and Mirai contrast in many ways, including Metropoliman’s enthusiasm for the God candidate battle and his use of an armored suit to fight his enemies, while Mirai is barely a contender at all. Death Note fans may realize that Mirai and Metropoliman have become the next generation of L vs Light, but with the roles of protagonist and antagonist reversed. Metropoliman is much more like Light Yagami than Mirai is, given Metropoliman’s ego, eagerness to kill and his grand ambitions to become the next God. By contrast, Mirai doubts Metropoliman’s self-proclaimed justice and wants to maintain human society the way it is, thus becoming more like L the superdetective.

While Light and L engaged in a bitter battle of wits in Death Note to uncover each other’s identities, Metropoliman already enjoys a serious advantage in his brewing feud with Mirai, given his armor, skill with angelic powers, and his angel’s success in confirming Mirai’s identity. Mirai had hoped to avoid this battle royale, but with his own Light Yagami-style nemesis on the loose, Mirai cannot afford to be passive or squeamish. He must become the new L and fight to defend traditional justice and peace, and put an end to an arrogant upstart who feels entitled to the full measure of God’s power.

KEEP READING: Snow White With the Red Hair: Will There Ever Be a Season 3?

Who Is Demon Slayer’s Strongest Hashira Going Into Season 2?


Louis Kemner has been a fan of Japanese animation since 1997, when he discovered Pokemon and Dragon Ball Z in elementary school. Now he’s a bigger anime/manga fan than ever, and is ready to share what he knows with readers worldwide. He graduated high school in 2009 and received his Bachelor’s in creative writing from UMKC in 2013, then put his skills to work in 2019 with CBR.com. He’s always looking for a wonderful new anime to watch or manga series to read. You can reach him at lkemner2000@yahoo.com.