Phoenix down Illawarra in NBL nail-biter 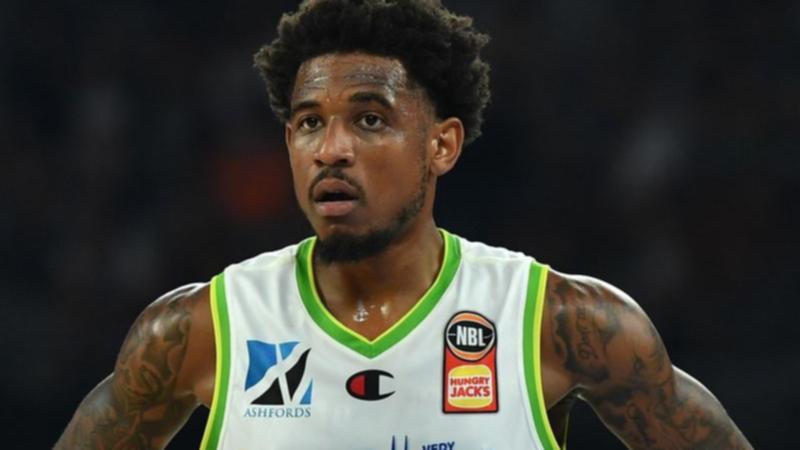 Xavier Munford’s composure from the foul line at the death has steered South East Melbourne Phoenix to a pulsating 88-87 win over the Illawarra Hawks and to second position on the NBL ladder.

With his side trailing 87-86, Munford, who returned a game-high 24 points, was fouled by Hawks sixth-man Xavier Rathan-Mayes while launching a three-point prayer with 1.3 seconds remaining in Wollongong on Monday night.

Munford, an 84.6 per cent free-throw shooter, coolly slotted the first two to put Phoenix in front.

But he deliberately missed the third on the quick-thinking advice of Mitch Creek, aware Illawarra’s unsuccessful challenge of the foul left them out of time-outs and therefore unable to advance the ball should they retrieve possession.

“I looked at the clock and I had to make a play,” Munford said.

“It just so happened that he (Rathan-Mayes) over-jumped and there was a foul.

“I was planning on making (the third shot) but Creeky came up to me and said ‘just miss it’.”

They went into the game after a big loss to Perth on Saturday.

“I was proud of the guys and the response we had,” stand-in coach Judd Flavell said.

“We tidied up a few things that we wanted to address from the last game.”

Aided by some poor rebounding and defending from the Hawks, the visitors hit their first 10 shots and marched to a blistering 26-12 start en route to a 28-18 quarter-time lead.

Illawarra import Tyler Harvey (20 points) shook off a scoreless opening term to help the home team close to 47-38 at half-time and 66-63 at three-quarter-time on Sam Froling’s buzzer-beating triple.

Froling started the fourth term with a neat drive, an athletic rejection of Creek and a pair of free throws to put the Hawks in front.

The final stanza was largely basket-for-basket before Creek’s deuce put Phoenix ahead 84-80 with a minute left.

Antonius Cleveland broke away for back-to-back dunks from steals off Munford and Broekhoff’s turnovers to give Illawarra the edge, 87-84.

Cleveland went for one too many steals and his fifth foul on a reach-in resulted in two Munford free throws with 34.4 seconds remaining before the Phoenix playmaker nailed two even bigger ones later.

“About as hard as one (loss) as I can remember,” shattered Hawks coach Brian Goorjian said after his side dropped out of the top four.

“We had issues throughout the game and I thought we’d cleaned them up.

“This was very, very important.

“A lot was put into this and to lose like that is gut wrenching.”

Denial of responsibility! NewsConcerns is an automatic aggregator of the all world’s media. In each content, the hyperlink to the primary source is specified. All trademarks belong to their rightful owners, all materials to their authors. If you are the owner of the content and do not want us to publish your materials, please contact us by email – admin@newsconcerns.com. The content will be deleted within 24 hours.
BasketballSport
0
Share