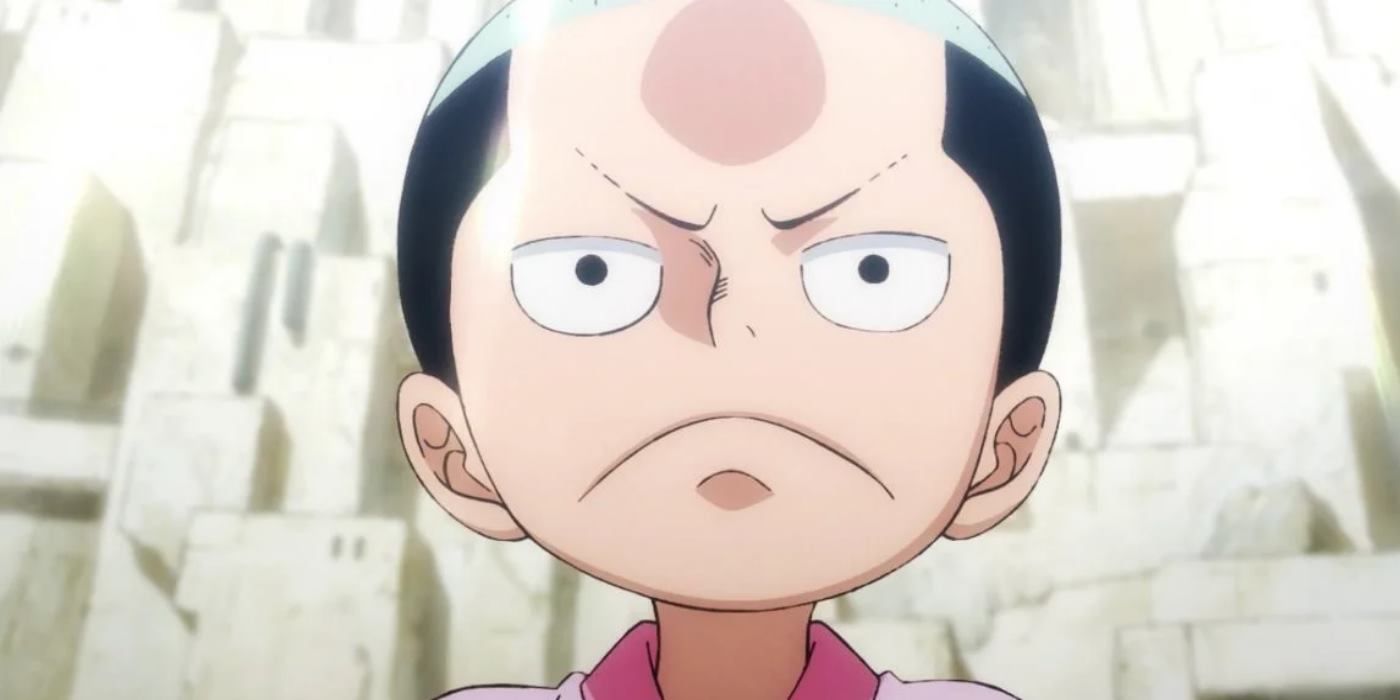 Everyone’s fighting spirit begins to waver in Chapter 1015 of One Piece, but Monosuke has a message that just might turn the tide.

An air of doubt and uncertainty has hung over Onigashima after Luffy was defeated by Kaido in the last few chapters of One Piece. What’s worse is that Kaido used the Marys to signal his victory over Straw Hat to everyone across the Beast Pirates Headquarters. The raid to end Kaido’s life may have to come to an abrupt ending, if not for the brave words of Momonosuke in Chapter 1015.

In the crawlspace where a heavily injured Kin’emon is trying to return to his feet, his will to fight has not faded as he takes the hilt of his broken katana and stabs Kaido with it. As Kin’emon wheezes and coughs, memories come fading back of when he, Momo and the other retainers first arrived in the future.

Continue scrolling to keep reading
Click the button below to start this article in quick view.

RELATED: One Piece: What Does THAT Shocking Namedrop Mean?

To hide Momo’s identity as the son of Kozuki Oden, Kin’emon suggested that that the two pose as father and son. However, the loyal retainer struggles with not referring to Momonosokue as a lord after serving him for so many years. When he finally can bridge this barrier, it’s an adorable moment of victory shared by him and Momonosuke.

Returning to the present, Kaido questions what this level of blind loyalty to Momo will really get Kin’emon in the end. As he stabs the samurai through the chest, Kin’emon still thinks of Monosuke even in his final moments.

As Shinobu retreats with the young lord in her hands, it’s revealed that Momonosuke grabbed the small frog Mary from earlier. With tears rolling down his face, Momo screams out a message communicated across the entire island — that Luffy is alive and will definitely beat Kaido. The performance hall erupts in cheers while the Straw Hats’ confidence in their captain is reassured. The alliance of samurai, pirates and turncoat Beast Pirates gets their second wind and are ready to keep fighting.

In Chapter 1014, Momo was suffering from a splitting headache. We know now this is the result of the Voice of All Things that he and Luffy share. Momo was able to hear Luffy’s thoughts even from far away and while underwater.

RELATED: One Piece: What Is the Dreaded Buster Call, the World Government’s WORST Weapon?

Kaido finally catches up with Shinobu and Momonosuke, and the Yonko charges forward to slam his club into them. However, Shinobu uses her Ripe Ripe Devil Fruit powers to sink into the newly decayed floor beneath her to avoid Kaido’s attack, causing it to hit the wall behind them and shatter.

As Kaido emerges from the fortress, his name is called out from the rooftop by none other than his son, Yamato. The Yonko remarks that he should be referred to with more respect, but Yamato ignores it, stating he will cut the chains of oppression Kaido has over himself and all Wano.

While it’s hard to see Luffy finally fail for good after so long, it’s that continued belief in him from characters like Momonosuke and Yamato that still give the moment so much meaning. Fans have also been hoping to see Yamato face his father since his friendship with Luffy solidified, making the pending encounter between father and son that much more exciting.

KEEP READING: How One Piece Set Nami up as a Strong Shonen Heroine

Passionate writer, storyteller, game designer, and future King of the Pirates. Graduated from Marist College in 2020, he’s currently a featured writer for the anime/manga and games sections of CBR, but he also makes games on the side with friends. You can often find his face buried in manga or completely engrossed in some JRPG or a new shonen anime.