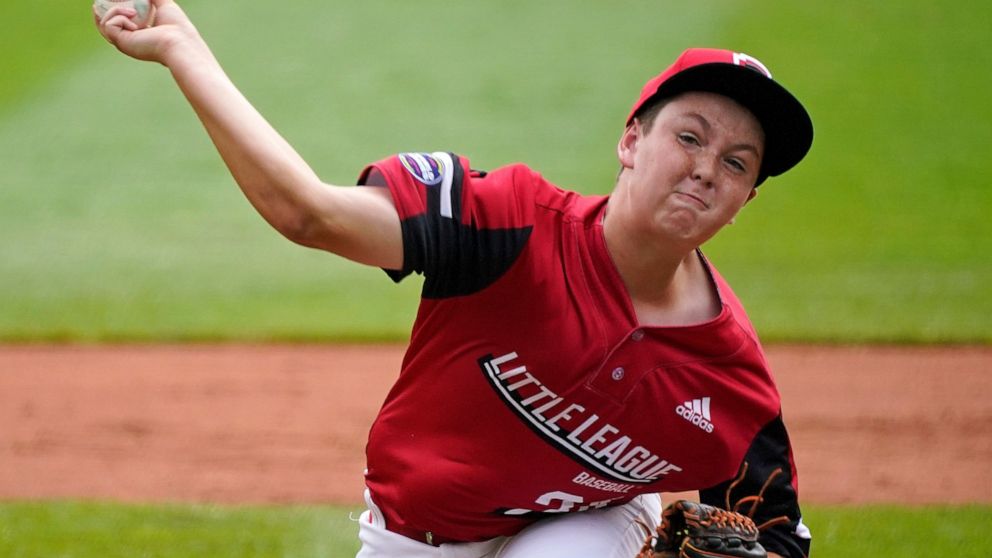 SOUTH WILLIAMSPORT, Pa. — Cooper Oden struck out six and allowed two runs over five innings Saturday as Ohio hung on to beat South Dakota 5-2 in a semifinal at the Little League World Series.

The West Side Little League squad from Hamilton, Ohio, became the first team from the state to reach the LLWS championship game. Ohio will play Sunday against the winner of Saturday’s semifinal between Michigan and Hawaii.

Wearing his cap just slightly crooked, Oden stared straight though the South Dakota order, locating and mixing his pitches efficiently. Despite his successful outing, he said it wasn’t easy.

“That first inning was pretty nerve-racking because this is probably the biggest game I have pitched in in my life and probably will ever pitch,” he said. “Every 12-year-old that plays baseball, this is basically their dream.”

Trailing 5-1 entering the bottom of the sixth, South Dakota rallied for three straight singles off Oden to score a run. South Dakota then loaded the bases off reliever Kaleb Harden and brought the winning run to the plate with nobody out. But Harden got three outs, the last on a force at third, to send Ohio into the title game.

Ohio became the first team in LLWS history to reach the championship game without winning its regional tournament, finishing as a runner-up in the Great Lakes to Michigan. Then again, COVID-19 protocols have made this year’s tournament unlike any other. Because of travel restrictions, international teams aren’t playing for the first time since 1975.

Ohio manager Ken Coomer has been coaching for over 28 years. He spent the last three coaching Oden and said he is an all-star personality.

“He’s just one of those kids. You ask him to do something and he does it,” he said. ”It has just been a great year for Cooper.”

Ohio jumped out to a 4-0 lead in the second against Sioux Falls starter Maddux Munson. With runners on first and second and one out, Oden hit a single that right fielder Gunner Alfson bobbled, allowing a run to score.

Krew Brown loaded the bases with a bunt single, setting up a bases-clearing single from Levi Smith. The four runs in the inning were the first given up by South Dakota in the whole tournament.

South Dakota responded with a run in the third. Ohio tacked on an insurance run in the fifth on an RBI single by Maddox Jones.

“That kid today, Oden, threw a great game. He was pretty dialed in on his locations,” South Dakota manager Mike Gorsett said. “His fastball is not overpowering but when you throw so many off-speed pitches and then throw that fastball, it really ties guys up.”

Preston Shoemaker is a sports journalism student at Penn State.

Denial of responsibility! NewsConcerns is an automatic aggregator of the all world’s media. In each content, the hyperlink to the primary source is specified. All trademarks belong to their rightful owners, all materials to their authors. If you are the owner of the content and do not want us to publish your materials, please contact us by email – admin@newsconcerns.com. The content will be deleted within 24 hours.
BaseballhamiltonLittle League World SeriesMen's sportsNorth AmericaOhioPennsylvaniaSouth Dakota
0
Share