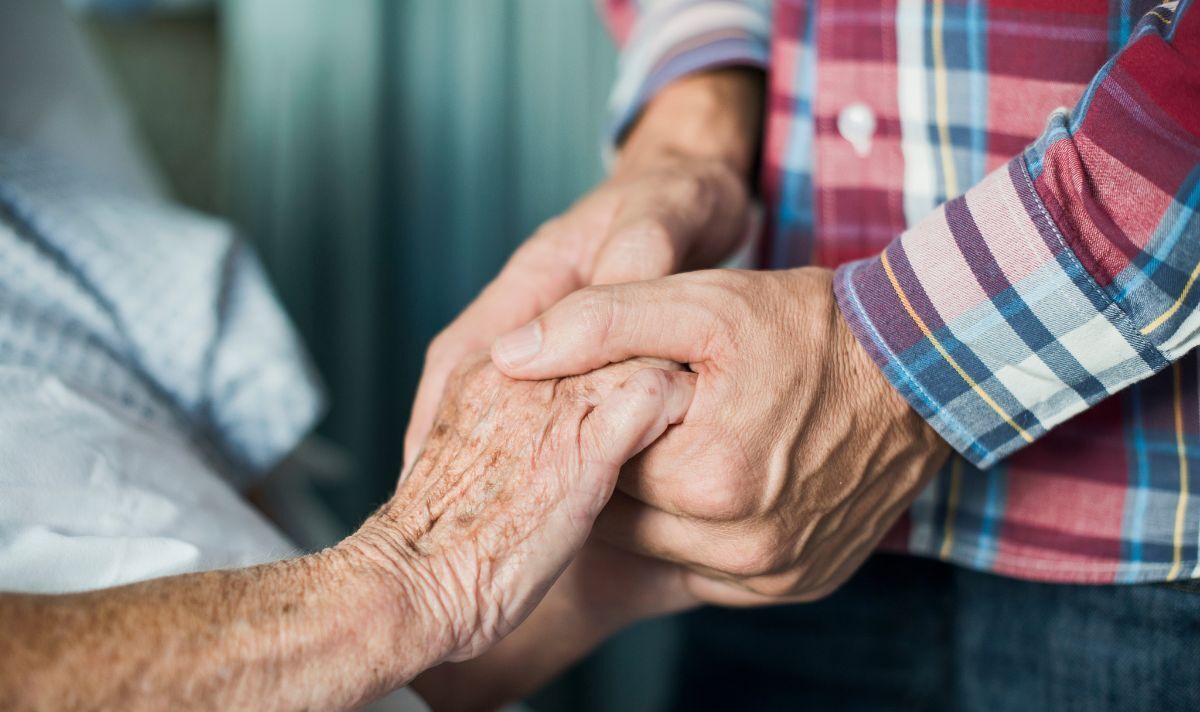 Drugs like lecanemab could give patients more time with loved ones before symptoms worsen (Image: Getty)

They showed the drug both cleared toxic amyloid protein from the brain and significantly delayed progression of symptoms.

Experts said the effect was “modest but clear” and a key milestone in the battle to beat dementia. Although not a cure, the drug could give thousands of patients precious extra time with loved ones before symptoms worsen.

The promising findings also suggest that researchers are on the right track with approaches that target amyloid, paving the way for new and better treatments to be developed.

Around 900,000 people in the UK have dementia and 60-70 per cent of cases are caused by Alzheimer’s disease.

The immunotherapy drug, lecanemab, was tested in a study involving 1,795 patients with early stage Alzheimer’s in the US, Japan, Europe and China.

It slowed cognitive decline by 27 per cent after 18 months when compared to a placebo, according to its manufacturers, Tokyo-based Eisai and US firm Biogen.

There were some side effects – the rate of brain swelling was 12.5 per cent for patients on the drug, versus 1.7 per cent in the placebo group. But the companies said these were “within expectations”.

Top dementia scientists are eager to scrutinise the full data from the trial which is due be presented at a major Alzheimer’s conference on November 29 and published in a peer-reviewed journal. But looking at the early findings, British experts were cautiously optimistic.

Pioneering geneticist Professor Sir John Hardy played a vital role in the 1992 discovery that the build-up of amyloid protein in the brain was a key step in development of Alzheimer’s disease.

He said: “The results from Eisai and Biogen for lecanemab are truly encouraging and look like the first truly positive mechanistic trial results in Alzheimer’s disease. The results look modest but real. It has been a long road for anti-amyloid therapies. This is clearly not a magic bullet. But it looks like a definite ‘end of the beginning’.”

Eisai said it planned to apply for marketing authorisation in the US, Japan, and Europe – including the UK – by the end of next March.

If approved, the UK’s medicines watchdog would need to carefully consider whether the costly drug is effective enough to be used on the NHS.

The breakthrough is a welcome boost for Eisai’s research partner Biogen, which previously brought the Alzheimer’s drug aducanumab to market in the US. Despite being approved by the US Food and Drug Administration, that drug has been mired in controversy with doubt cast over whether it has been proven to benefit patients.

Experts said the findings on lecanemab appeared far more robust and offered reassurance that this type of drug can be effective against Alzheimer’s. Until now, no trial had shown that clearing amyloid actually resulted in a slowing of cognitive decline.

Prof Bart De Strooper, director of the UK Dementia Research Institute, said the news suggested researchers were “moving in the right direction by targeting clearance of the amyloid beta protein”

He added: “There is real momentum in the field and several exciting trial results on the horizon in the coming year. It’s important that we aim to administer lecanemab, and drugs like it, as early as possible in the disease course. Changes to the brain begin decades before symptoms appear in Alzheimer’s.

“Therefore, intervening rapidly gives these medicines the best chance of slowing brain degeneration before too much damage is done, and positively impacting the lives of those affected.”

Dr Liz Coulthard, associate professor in dementia neurology at the University of Bristol, said: “Although not curative, lecanemab slowed decline in day-to-day function compared to placebo.

She added that doctors should prepare for a surge in patients coming forward with symptoms if the drug is approved. Dr Coulthard explained: “Up to now, many people have not come forward when they first worry about their memory as there were no treatments for dementia.

“It is very likely more people will come to see their doctor now – and we, as doctors, need to be ready. We need to develop an effective and quick triage system so we can reassure people without Alzheimer’s and offer treatment to those with Alzheimer’s.”

Dr Richard Oakley, associate director of research at Alzheimer’s Society, said: “This research could be game-changing in the treatment of Alzheimer’s disease.

“For decades, people with Alzheimer’s disease have been desperately waiting for a drug to slow down the progress of the disease, so this exciting news represents a real breakthrough moment in dementia research.

Breakthrough is “great comfort” to families affected by dementia

Frank Littleford was diagnosed with Alzheimer’s disease in 2020 after experiencing memory problems. The retired probation officer, 78, had started forgetting names and struggling to follow instructions or remember events that happened recently.

He was being treated for prostate cancer, diagnosed five years earlier, at the time. It was hoped that hormone treatment was causing the symptoms but Frank continued to deteriorate.

He was referred to a consultant psychiatrist at a memory clinic and initially treated for low mood and depression, but eventually diagnosed with Alzheimer’s.

Frank’s wife Alison, 69, said news of a possible new treatment gave hope to families who have been affected by dementia.

She said: “This is very welcome news and although we don’t yet know if this is a drug that will be beneficial to Frank or if and when he would be able to be prescribed it, it is so important to us to see that research is making progress.

“It has been so difficult to see a once articulate, confident, outgoing and sociable man become afraid, confused, embarrassed and dependent on me in such a short period of time.

“But it is a great comfort to us, as it will be for so many families affected by Alzheimer’s, that there is hope that new treatments are on the horizon.

“For Frank and me, and all people in our situation, we need to see all avenues being explored to find successful treatments and then get them to the people who so desperately need them.”

Of the leading causes of death in the UK, dementia is rising the fastest. It’s the biggest long term health challenge we face.

Yesterday saw a historic announcement: a new drug, lecanemab, was reported to slow the progression of memory problems in people in the earliest stages of Alzheimer’s, through its ability to remove the build-up of a protein called amyloid in the brain.

Lecanemab’s arrival potentially heralds a new era, where we have the means to make a real difference to people affected by this cruel disease.

But before it can reach patients, regulators must rule on its safety and effectiveness. The authorities in the US have already agreed to fast-track their approval process, promising to make a decision by January 6th. Other countries are expected to follow suit thereafter.

However, this would only be the first step. If it was approved in the UK, the spotlight will be on health services to deliver. But is our NHS ready? The simple answer is ‘no’.

The drug’s arrival would require a radical upgrade to the way that patients are assessed, diagnosed, treated and monitored.

Right now, many do not receive their diagnosis early or accurately enough to identify whether they might benefit from a drug like lecanemab.

We have known for some time that staff and kit needed to deliver these drugs and monitor patients’ progress, simply aren’t there – and things have been exacerbated by the pandemic.

A recent report by Alzheimer’s Research UK showed that only one in three psychiatry services would be ready to deliver a new treatment within a year.

This requires urgent action. As highlighted by the new Dame Barbara Windsor Dementia Mission the government needs to act now to address the challenges we face in getting breakthrough medicines like lecanemab to our patients who so urgently need them.