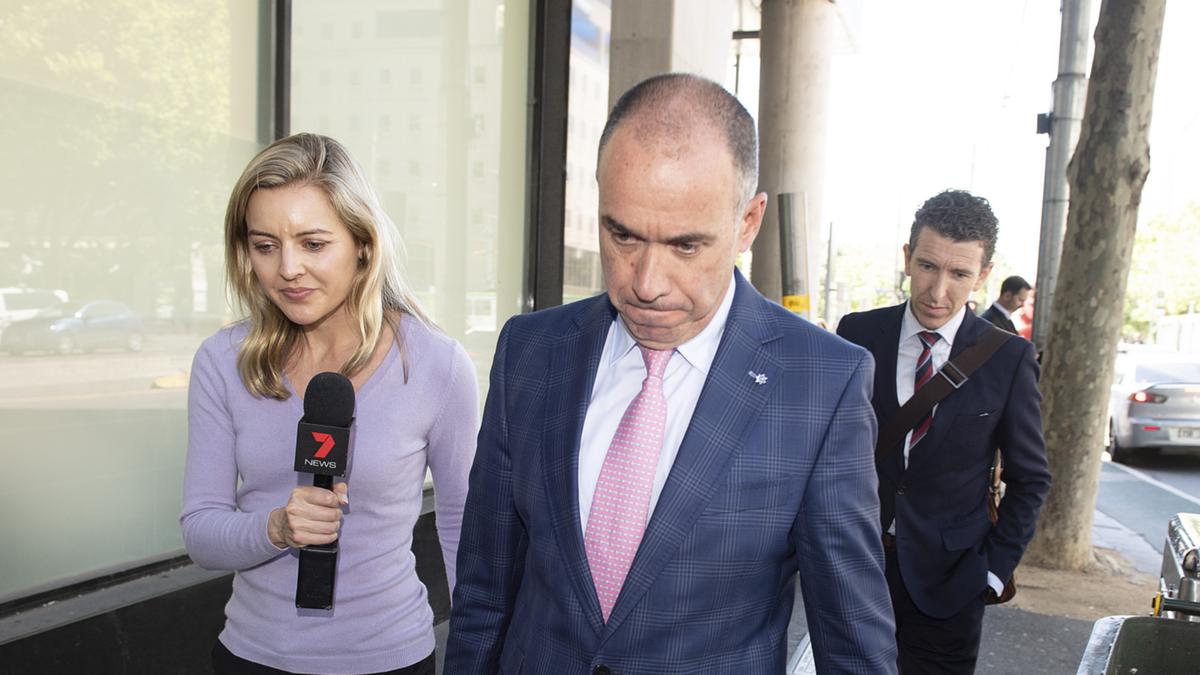 Essendon is hunting a new CEO after Andrew Thorburn resigned within a day of his appointment, 7NEWS reporters Tom Browne and Mitch Cleary have revealed.

The former NAB boss, who resigned from that job in 2019 after receiving scathing criticism during the banking royal commission, was announced as the Bombers’ successor to Xavier Campbell on Monday. But within hours of his appointment, Thorburn’s links to a controversial church organisation were thrust into the spotlight.

WATCH THE VIDEO ABOVE: Shock as new Bombers CEO resigns before he starts.

Thorburn is chairman of City on a Hill, a church that condemns homosexuality and is anti abortion.

Essendon president David Barham – who is new to the role himself – said he “reference checked” Thorburn but was unaware of his connection to the church.

Barham said he made it clear to Thorburn that he couldn’t continue in both roles because the values of the church were not aligned to the Essendon Football Club.

He said Thorburn was upset that he couldn’t be Essendon’s CEO but he was not prepared to step away from the church.

“We have had a couple of missteps but at the end of the day we are sticking to our guns, we need to reshape this club and Andrew was starting on November 1. It won’t hold us up. We had some good candidates, (finding a replacement) won’t be a problem,” Barham said.

In a statement, Thorburn said “I love the club … and was incredibly excited about the work ahead.

“Since coming to faith in Jesus 20 years ago, I have seen profound change in my life, and I believe God has made me a better husband, father, and friend. “

However, he said it was now clear to him that his “personal Christian faith is not tolerated or permitted in the public square, at least by some and perhaps by many”.

“I was being required to compromise beyond a level that my conscience allowed.”

Despite a failed pitch for premiership coach Alastair Clarkson and botching this CEO appointment, Barham said he believed he was the right person to take the club forward.

“I think I have the right attitude and (I know what has to be done in this) reset. I think we have secured a good coach, with a strong board. It’s fine,” Barham said.

Barham said he took responsibility for the appointment and he had made it clear to the coach and the players that “we are (making the decision) because it doesn’t fit with our values”.

In a statement, the club said: “Essendon is committed to providing an inclusive, diverse and a safe club, where everyone is welcome and respected.

“The Board made clear that, despite these not being views that Andrew Thorburn has expressed personally and that were also made prior to him taking up his role as Chairman, he couldn’t continue to serve in his dual roles at the Essendon Football Club and as Chairman of City on the Hill.”

Thorburn addressed the revelations on radio on Tuesday morning, promising to lead an inclusive club.

“I understand that some of these views – and I’ll come to them – are offensive to people and upset people and I really respect that,” Thorburn told SEN radio station.

The news comes a week after board member and Essendon legend Kevin Sheedy slammed the club over its appointment of coach Brad Scott, revealing he voted for James Hird.

“The Board of the Essendon Football Club has accepted the resignation of Andrew Thorburn as CEO.

“As soon as the comments relating to a 2013 sermon from a pastor, at the City of the Hill church came to light this morning, we acted immediately to clarify the publicly espoused views on the organisation’s official website, which are in direct contradiction to our values as a Club.

“Essendon is committed to providing an inclusive, diverse and a safe Club, where everyone is welcome and respected.

“The Board made clear that, despite these not being views that Andrew Thorburn has expressed personally and that were also made prior to him taking up his role as Chairman, he couldn’t continue to serve in his dual roles at the Essendon Football Club and as Chairman of City on the Hill.

“The Board respects Andrew’s decision.

“We are deeply committed to our values and support wholeheartedly the work of the AFL in continuing to stamp out any discrimination based on race, sex, religion, gender, sexual identity or orientation, or physical or mental disability.

“I want to stress that neither the board nor Andrew was aware of the comments from the 2013 sermon until we read about them this morning. I also want to stress that this is not about vilifying anyone for their personal religious beliefs, but about a clear conflict of interest with an organisation whose views do not align at all with our values as a safe, inclusive, diverse and welcoming club for our staff, our players, our members, our fans, our partners and the wider community.

“Acting CEO Nick Ryan will continue in his role whilst we commence the process to appoint a new CEO.”

Denial of responsibility! NewsConcerns is an automatic aggregator of the all world’s media. In each content, the hyperlink to the primary source is specified. All trademarks belong to their rightful owners, all materials to their authors. If you are the owner of the content and do not want us to publish your materials, please contact us by email – admin@newsconcerns.com. The content will be deleted within 24 hours.
AFLEssendon BombersSport
0
Share