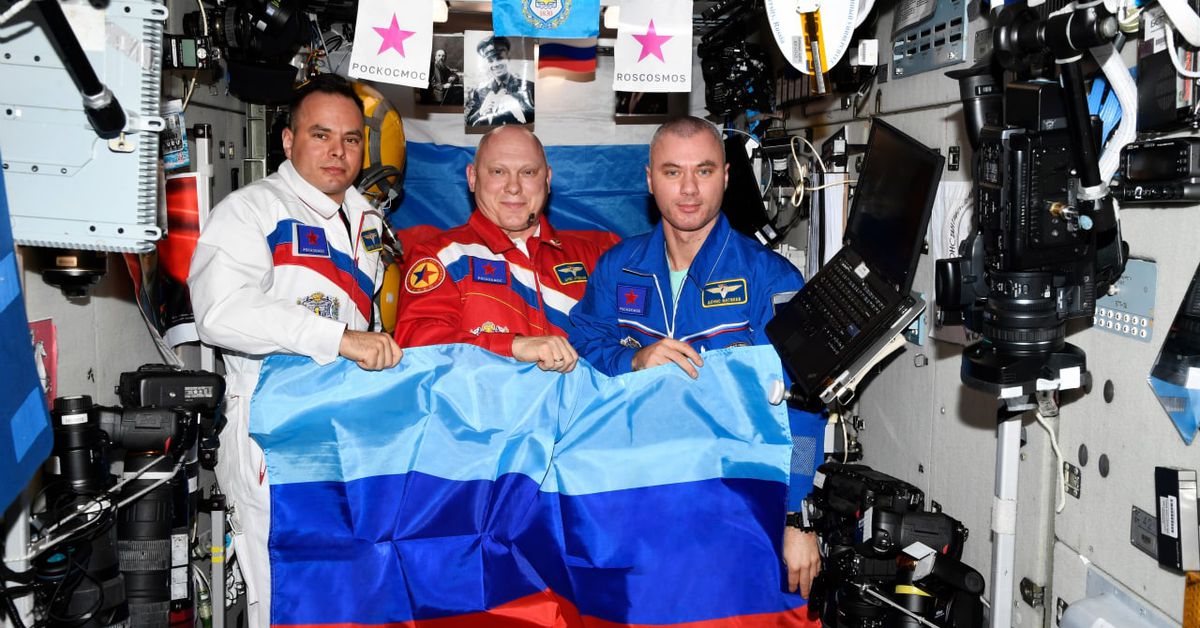 “NASA strongly rebukes Russia using the International Space Station for political purposes to support its war against Ukraine, which is fundamentally inconsistent with the station’s primary function among the 15 international participating countries to advance science and develop technology for peaceful purposes,” NASA press secretary Jackie McGuinness emailed in a statement.

It’s a rare rebuke for NASA against Russia, which is the space agency’s primary partner on the International Space Station. Despite ongoing tension between the United States and Russia over the latter’s invasion of Ukraine, NASA and Roscosmos have continued to work together to maintain continuous operations on board the ISS, which is continuously staffed by both American astronauts and Russian cosmonauts. The relationship has survived throughout the war, even as the head of Roscosmos has made open threats of potentially pulling out of the ISS partnership, and Russia joked about potentially stranding an American astronaut in space. This is the first time that NASA has openly denounced the actions of Russia and its partner, Roscosmos, in space amid the Ukraine invasion.

Before this blatant political statement from cosmonauts, there was speculation that the same Russian crew made a statement when they first arrived at the ISS in March. The trio arrived wearing bright yellow jumpsuits with blue colors, which many interpreted as a show of support for Ukraine, whose flag contains bright yellow and blue. However, Roscosmos denied that the jumpsuits were a political statement, claiming that they represented the colors of the university all three cosmonauts attended.

Even with all of the turmoil between the US and Russia, NASA officials have stood firm that the US space agency and Roscosmos relationship remains strong. “Despite all of that, up in space, we can have a cooperation with our Russian friends, our colleagues. The professional relationship between astronauts and cosmonauts, it hasn’t missed a beat,” NASA administrator Bill Nelson told the Associated Press in March. “This is the cooperation we have going on in the civilian space program.”

In fact, NASA has said that Russia is still considering extending its partnership on the ISS, and both NASA and Roscosmos have continued to work toward an upcoming crew swap this September, when a Russian cosmonaut will ride on SpaceX’s Crew Dragon to the ISS while an American astronaut will fly on a Russian Soyuz capsule.