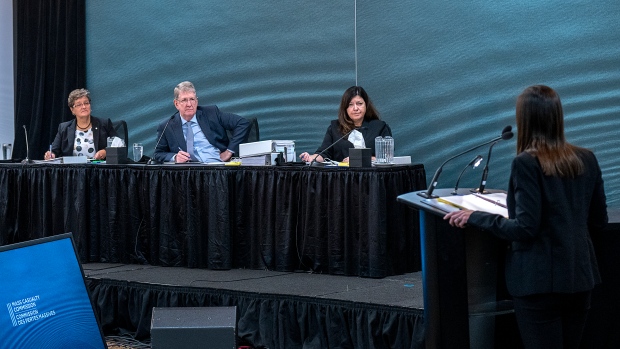 HALIFAX —
A lawyer representing victims of the 2020 Nova Scotia mass shooting told a public inquiry today it should recognize that the RCMP made basic errors in responding to the murders.

Sandra McCulloch, whose firm represents the majority of the victims’ families, said in her closing submissions that officers had “tunnel vision,” leading them to miss key information during the April 18-19, 2020, killings of 22 people.

She says it was “incomprehensible” that hours after the killings began in Portapique, N.S., the incident commander was unaware two eyewitnesses had told responding officers that the killer was in a replica police vehicle.

McCulloch says the RCMP didn’t possess some basic resources and failed to properly use the resources they had, noting that the Mounties’ helicopter was “off-duty sick” and that senior officers couldn’t access mapping technology to track the killer.

She concludes that the force was fundamentally unprepared, untrained and unequipped for a major mass shooting occurring outdoors.

McCulloch also spoke of the inadequacy of the RCMP’s communications approach, citing the fact the police waited until 10:17 a.m. the morning after the shootings began to warn the public that the killer was in a replica police car.

This report by The Canadian Press was first published Sept. 20, 2022.

Denial of responsibility! NewsConcerns is an automatic aggregator of the all world’s media. In each content, the hyperlink to the primary source is specified. All trademarks belong to their rightful owners, all materials to their authors. If you are the owner of the content and do not want us to publish your materials, please contact us by email – admin@newsconcerns.com. The content will be deleted within 24 hours.
cape bretoncharlottetowncoronavirus canadacovid 19 canadacovid 19 nova scotiacovid nova scotiaCOVID-19fredericton
0
Share