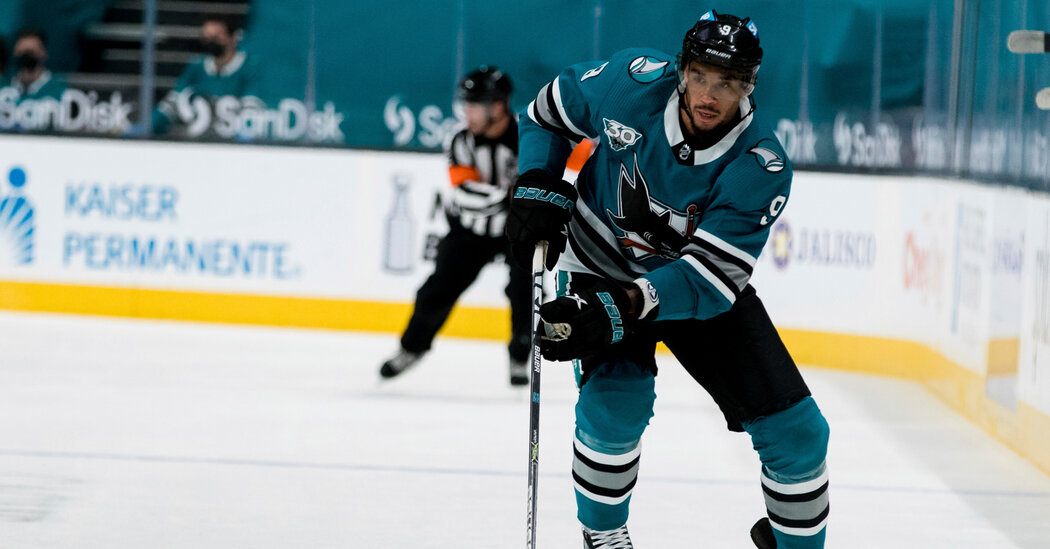 The National Hockey League announced on Monday that it had suspended the San Jose Sharks forward Evander Kane for 21 games, without pay, for “an established violation” of the league’s Covid-19 protocol, officials said.

The announcement did not explain how Mr. Kane had violated the protocols, but several news organizations, including The Associated Press, reported that he had presented the league with false evidence of vaccination. The New York Times has not independently verified the claim.

Teams have the right to suspend and dock the salaries of unvaccinated players who are unable to play because of the protocols or local regulations.

Mr. Kane’s forfeited pay will go to the Players’ Emergency Assistance Fund, the league said in a statement, adding that he would not be eligible to play before Nov. 30.

A statement from the San Jose Sharks said the team was “disappointed by his disregard for the health and safety protocols put in place.”

“I made a mistake, one I sincerely regret and take responsibility for,” Mr. Kane, who joined the league in 2009, said in a statement through the National Hockey Players’ Association. He added that he plans to continue with counseling in order “to help me make better decisions in the future.”

Mr. Kane, 30, did not play in San Jose’s season-opening game on Saturday against the Winnipeg Jets. He was the Sharks’ leading scorer last season, with 22 goals.

Last week, which was the start of the league’s regular season, N.H.L. Commissioner Gary Bettman said only four players out of about 700 had not yet received a Covid-19 vaccination.

“Our vaccination rate is incredible,” Mr. Bettman said. “Four players, not four percent of players. All of our officials are vaccinated. All of the personnel that come into contact with the players are vaccinated.”

The Sharks have already lost a coach because of vaccine-related restrictions. Rocky Thompson, the associate coach, stepped down last month. Mr. Thompson said he had a medical reason to remain unvaccinated, but the league requires vaccinations for any nonathlete whose job involves being within 12 feet of players.