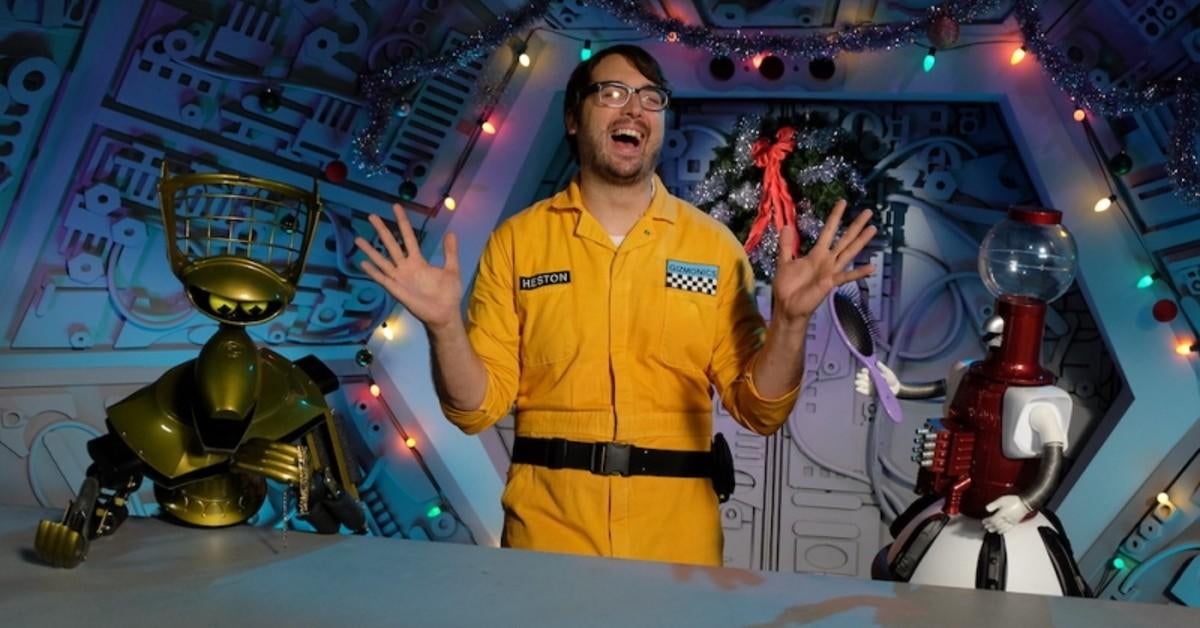 As was previously reported, hit movie-riffing series Mystery Science Theater 3000 will be returning for all-new episodes. Though the first two season of the revival of the franchise were produced by and distributed on Netflix, season 13 of the show will be available exclusively on their Gizmoplex platform, an all-new digital theater experience for MST3K fans. Today being Turkey Day, a pivotal place in the fandom (and a Happy one to those that celebrate), the feature films that will be riffed on in season 13 of Mystery Science Theater 3000 were confirmed by the series today, the full list for which you can find below!

“It’ll have a different feeling than just for example, a Netflix with just more MST3K on it, because we’ll be doing specific events during the premiere,” series creator Joel Hodgson previously told ComicBook.com about the new platform. “It should feel different, because it’s just not a bunch of tiles where you click on them and you watch more MST; it should feel different than that.” The Gizmoplex and new season of the series will also do some experimenting as more than one host will take part in the show, including the first woman host in a MST3K TV show (albeit one who is already familiar to the fans, having traveled with the roadshow). Hodgson also confirmed that he will return as his character to host at least one episode as well.

Check out the full list of MST3K season 13 episode below along with their synopses.

Santo in The Treasure of Dracula

“Mexican wrestler El Santo invents a time machine. After somebody uses the machine to find the hidden location of Drácula’s treasure, El Santo must hunt down the vampire.”

“A renegade Megarobot pilot and an archaeologist must team up to thwart the Centro’s attempts to resurrect a hidden Megarobot, with which they can challenge the prevailing order.”

“A bullied boy meets Munchie, a friendly gremlin-like creature that dresses like a lounge singer, sounds like a stand-up comedian and has magic powers.”

“An unspeakable evil has come into our dimension and wants to rule over Earth, and only a mysterious sorceror known as Doctor Mordrid can stop him.”

“Nick Moon, P.I. (Paranormal Investigator), delves into a hidden world of monsters and creatures of the night as he takes on a case to retrieve an ancient artifact with astonishing power.”

“When an ancient statue is moved for display in Expo ’70, a giant, vaguely Triceratops-like monster is released. The monster goes to Japan in pursuit of the statue and ends up battling Gamera, the giant flying turtle.”

“Batwoman is called to investigate a whacked out scientist that is capturing wrestlers and using their spinal fluid to create a Gill Man.”

The Million Eyes of Sumuru

“Sumuru is a beautiful but evil woman who plans world domination by having her sexy all-female army eliminate male leaders and replace them with her female agents.”

HG Wells’ The Shape of Things to Come

“Some time in the future, man has set up colonies on the Moon, when Earth becomes uninhabitable. A madman decides to destroy the Moon colonies with his robots and automated ships, and only three people and their robot can stop him.”

“A young archaeologist believes he is cursed by a mask that causes him to have weird nightmares and possibly to murder. Before committing suicide, he mails the mask to his psychiatrist, Dr. Barnes, who is soon plunged into the nightmare world of the mask.”

“Mysterious atmospheric effects force a pregnant woman and her husband to land their airplane in a remote town whose inhabitants behave zombie-like, repeating the same movements and sentences over and over. As the mystery unfolds the two find themselves trapped and search for escape.”

“A group of orphans goes on a journey to restore the lost magic and save Christmas.”

Denial of responsibility! NewsConcerns is an automatic aggregator of the all world’s media. In each content, the hyperlink to the primary source is specified. All trademarks belong to their rightful owners, all materials to their authors. If you are the owner of the content and do not want us to publish your materials, please contact us by email – [email protected]. The content will be deleted within 24 hours.
MST3KMystery Science Theater 3000
0
Share