Missing Sydney boy: Desperate search for Christopher Wilson, 11, who went missing after getting off the school bus in Annangrove 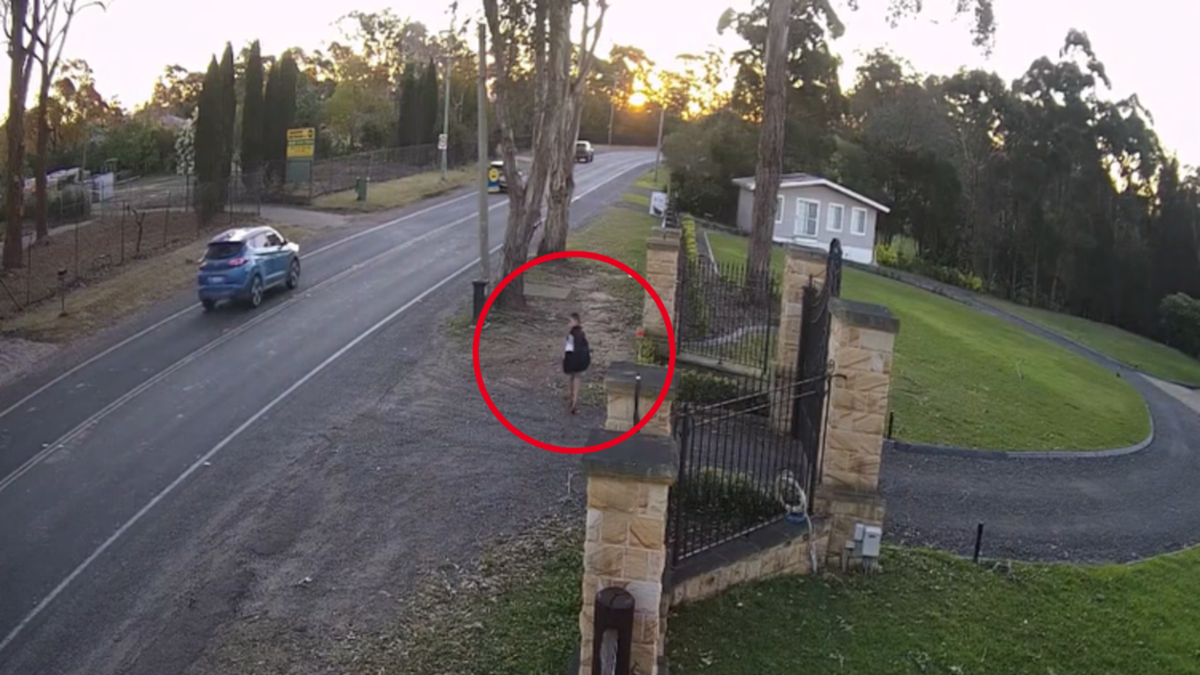 Christopher Wilson, an 11-year-old boy who went missing in Sydney’s Hills district yesterday afternoon, has been found safe and well.

He had been last seen soon after getting off his school bus in Annangrove and fears for the boy mounted as temperatures plummeted overnight.

Watch the video above for more on this story

A member of the public spotted Christopher walking along Annangrove Road, near Joylyn Road, just after 9.30am on Thursday.

He had no visible injuries despite the cold night and was assessed at the scene by NSW Ambulance paramedics.

He has been taken to hospital for further assessment and arrangements have been made to reunite him with his family.

Before he was found, Christopher had last been seen walking along Annangrove Road towards Langlands Road in Annangrove at about 4.45pm on Wednesday, shortly after getting off his school bus.

Police say they were notified when Christopher failed to return to his home.

They conducted an extensive search of the area overnight, as temperatures dropped as low as 4C.

“He was only wearing a pair of shorts and a jacket” The Hills Police Area Command Superintendent Darrin Batchelor said in a press conference on Thursday morning.

“One of our officers has spoken to Christopher’s family this morning, obviously they’re extremely distressed, particularly overnight with the temperatures the way they have been up here in the Hills – they have been quite cold.”

It is understood that the 11-year-old had no cash or food.

The properties lining Annangrove Road are mostly acreages and large properties, with some backing onto a reserve, so police had asked residents to conduct searches of their own properties to assist them in finding Christopher.

“We searched a number of abandoned properties last night along Annangrove Road, and as they are all acreages I can only hope Christopher has found his way into a shed or somewhere and put his head down overnight,” Batchelor said before the boy was found.

His disappearance was considered “extremely out of character” and police say Christopher’s family called them “almost immediately”.

Police also held concerns for Christopher’s welfare due to his age.

He was described as being of Aboriginal/Torres Strait Islander appearance, about 120cm tall, of slim build, with short brown hair and brown eyes.

Christopher had last been seen wearing a school uniform, consisting of a blue T-shirt with maroon and white trim and grey shorts, and red and black shoes.

When police reported Christopher’s last sighting at 4.45pm, they said he was “about 4km from home, by himself”.

“A member of the public had seen our Facebook post and contacted police, and they had CCTV footage outside the property,” Batchelor said.

Christopher’s family confirmed that the boy in the footage was Christopher, and police said he was also wearing a black jacket and carrying a black backpack.

“We need those calls to come in and every one of them will be followed up.

“What I can ask also, is anyone that was travelling down Annangrove Road yesterday between 3.20pm until around 6pm – if they’ve got any dashcam footage, to have a look at that to see if they can see Christopher walking.”

Police from The Hills Police Area Command, assisted by officers from neighbouring commands, were joined in the overnight search by a fixed-wing aircraft from PolAir, officers from Police Rescue, and 15 members of the SES.

A full-scale search resumed on Thursday with command headquarters established at The Hills Fire Control Centre in Kenthurst directed by a dedicated search co-ordinator.

Police have sent out a geo-targeted text message to The Hills area.

Clue that led to discovery of sisters dead in Sydney apartment

Denial of responsibility! NewsConcerns is an automatic aggregator of the all world’s media. In each content, the hyperlink to the primary source is specified. All trademarks belong to their rightful owners, all materials to their authors. If you are the owner of the content and do not want us to publish your materials, please contact us by email – admin@newsconcerns.com. The content will be deleted within 24 hours.
Missing PersonNewsNSW NewsNSW PoliceSydney
0
Share

Experience: I rescued a camel from quicksand | Life and style

Missing Sydney boy: Desperate search for Christopher Wilson, 11, who went missing after getting off the school bus in Annangrove