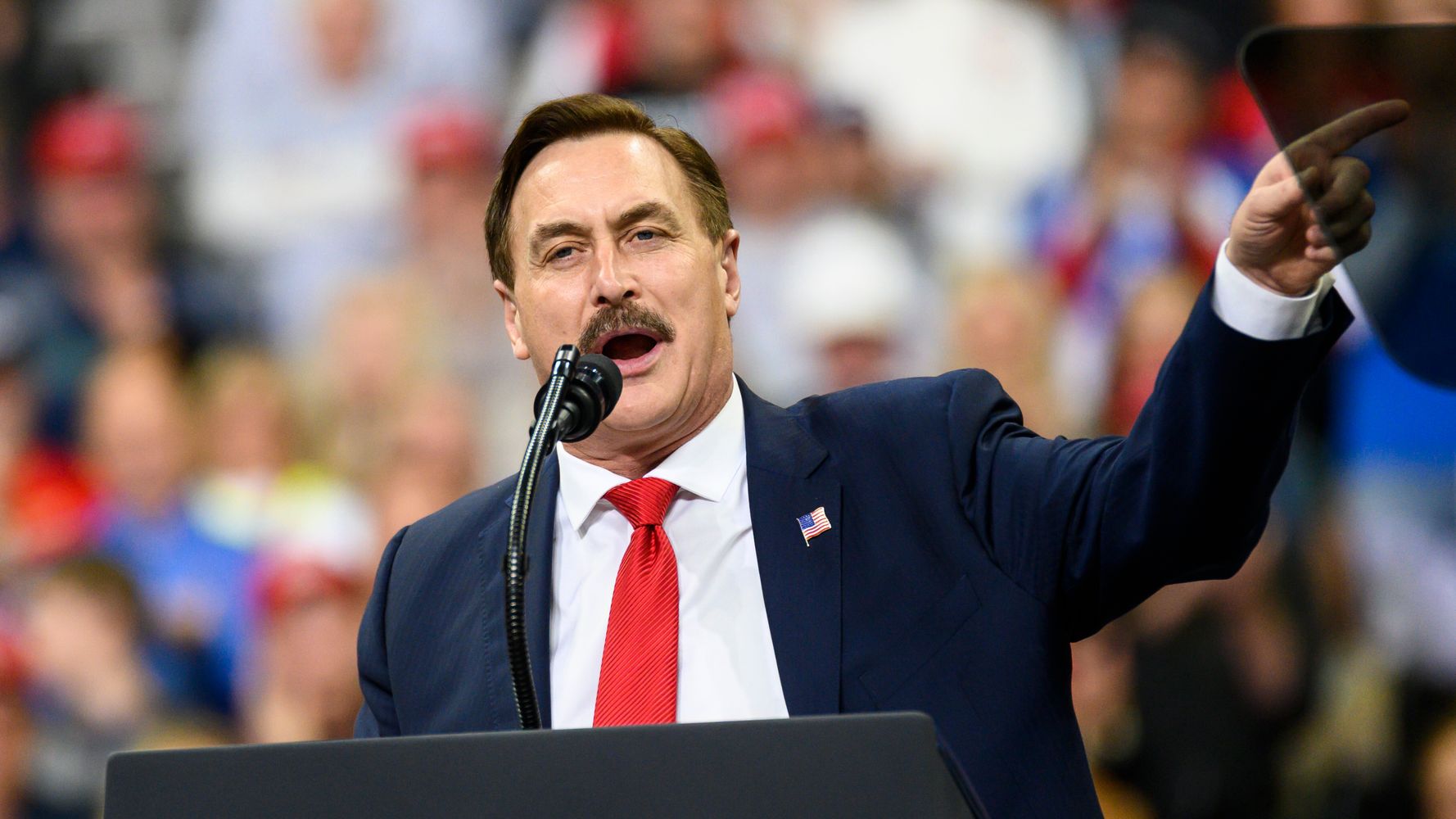 MyPillow CEO Mike Lindell raged at Fox News at a rally on Saturday, criticizing the network for no longer promoting conspiracy theories about the 2020 election all the time.

“The biggest problem we face, it’s not the media, the fake news media — we’re all onto them — it’s the conservative media, the ones that don’t talk,” Lindell said at former President Donald Trump’s Save America rally in Florence, Arizona, during a spiel filled with baseless claims about electoral fraud. “One of them rhymes with Fox. OK? Disgusting. They’re disgusting.”

“They won’t talk about anything. When was the last time you’ve seen anybody on Fox talk about the 2020 election? You’re not going to see it,” he added.

Lindell, one of the most fervid promoters of Trump’s election conspiracy theories, used to be a frequent presence on Fox News, appearing in both pillow ads and as a guest before he fell out with the network last year.

Nearly a year after Joe Biden was sworn in as president after defeating Trump in November 2020, Lindell continues to claim that the Supreme Court would overturn the results of the election and peddle fantastical lies about the vote, despite being unable to produce any evidence.

The company also named Lindell in billion-dollar litigation against Fox News, which repeatedly hosted guests like the pillow magnate that falsely claimed the company helped steal the presidency from Trump.

Another technology company, Smartmatic, also sued Fox News over election fraud claims. Following that legal threat last February, the conservative network aired a news package debunking claims that had been made on its airwaves.

Denial of responsibility! NewsConcerns is an automatic aggregator of the all world’s media. In each content, the hyperlink to the primary source is specified. All trademarks belong to their rightful owners, all materials to their authors. If you are the owner of the content and do not want us to publish your materials, please contact us by email – admin@newsconcerns.com. The content will be deleted within 24 hours.
Donald TrumpFox NewsMike Lindell
0
Share