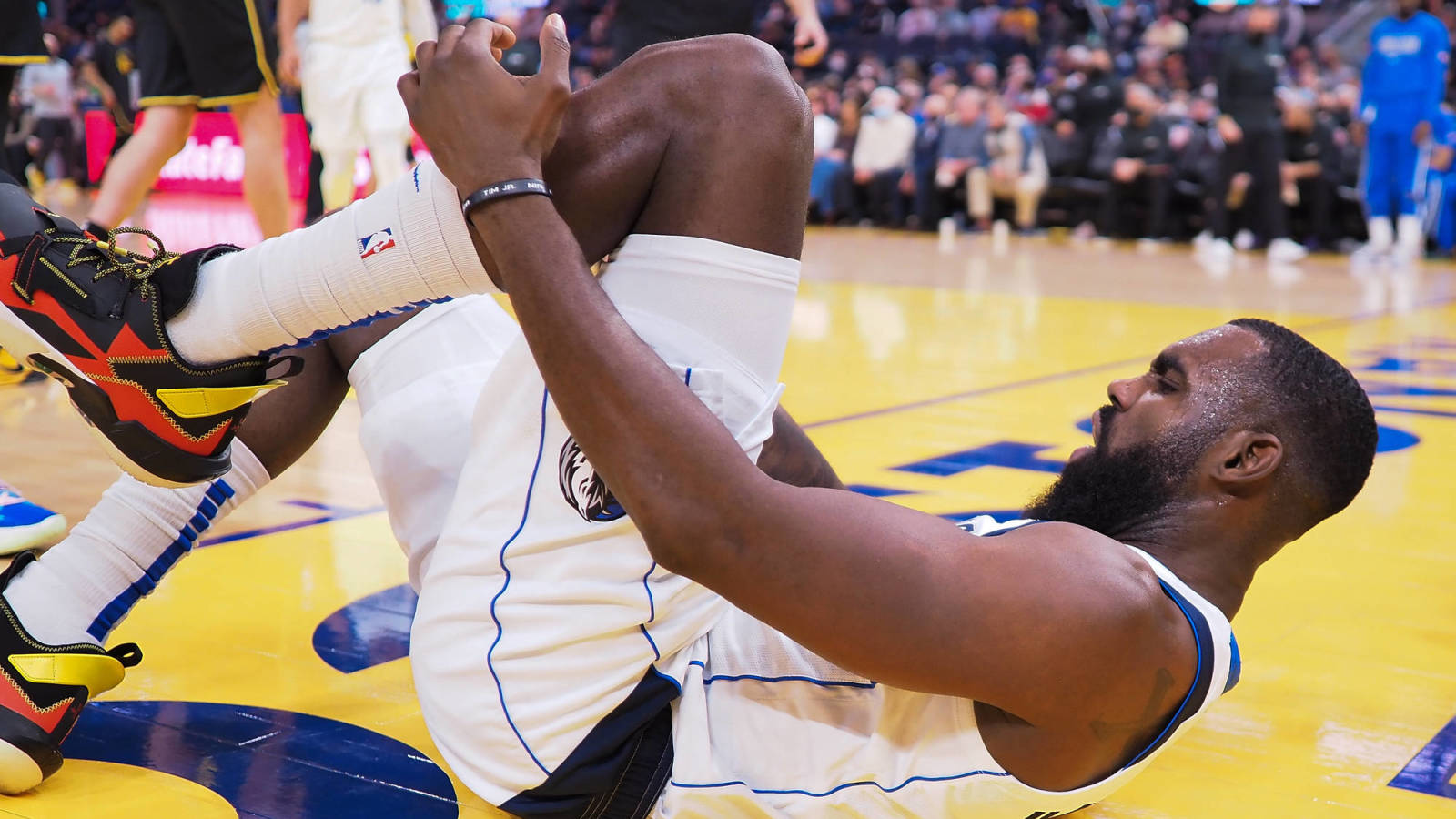 With a 27-21 record, the Dallas Mavericks remain in the middle of a crowded Western Conference playoff picture in fifth place. They lost one of their best players to injury Tuesday night during their loss to the Golden State Warriors. While a timetable for a likely extended absence isn’t yet known, the early indications are ominous.

According to The Athletic, Mavericks shooting guard Tim Hardaway Jr. suffered a fracture of the fifth metatarsal on his left foot during the second quarter on Tuesday.

“Hardaway Jr. could not put weight on the foot and was helped off the floor by a teammate and coach,” the report read. “He was later ruled out for the game.”

Hardaway Jr. — who is in the first year of a four-year, $75 million contract — was selected 24th overall by the New York Knicks in the 2013 NBA Draft and averaged 10.2 points, 1.5 rebounds and 23.1 minutes per game over 81 contests as a rookie. The son of former five-time All-Star Tim Hardaway was named first team All-Rookie and upped his averages to 11.5 points, 2.2 rebounds, 1.8 assists and 24.0 minutes across 70 games during the 2014-2015 campaign, which was his final season during his first tenure with the Knicks.

The former Michigan Wolverine was again traded by the Knicks in January 2019, this time to the Mavericks, and he finished the 2018-2019 season averaging a career-best 18.1 points per game. Through 41 games this season (20 starts), Hardaway Jr. is currently fourth on the team in points per game (14.3) and is leading the squad in three-pointers made per game at 2.5.

Can emoji use be the key in detecting remote-work burnout?