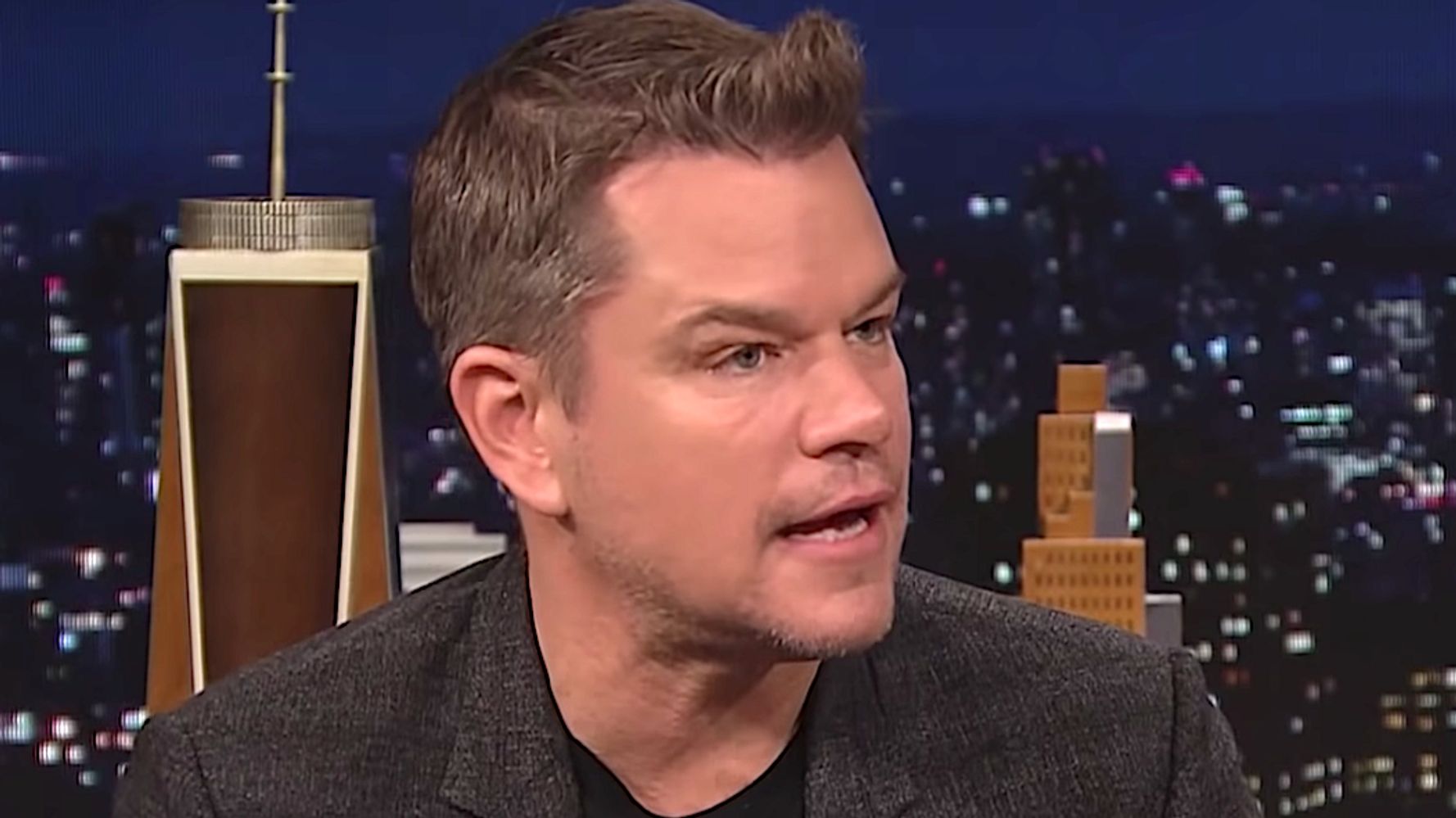 Matt Damon on Wednesday showed off the mohawk haircut his daughters gave him during the pandemic ― and it’s something. (Watch the video above.)

The actor, who stars in the medieval epic “The Last Duel,” revealed his kids’ handiwork on “The Tonight Show,” accompanied by his “Duel” co-writers Ben Affleck and Nicole Holofcener.

Damon explained he had a few drinks with his wife one night in Ireland and let the girls dye his hair red.

It should be explained that Damon was in Ireland for “The Last Duel” shoot and he and his family holed up in the seaside village of Dalkey when production got suspended due to the global health crisis. “It was clear we weren’t going back to work.” he said.

Which might explain why he was so amenable to the next step.

“They decided I needed a mohawk, and so they mohawked me,” he said.

Host Jimmy Fallon showed a photo of the result, which Damon called “Travis Bickle.” But the black-and-white pic didn’t do the “ridiculous” transformation justice, the actor added. “I looked like a red rooster,” he said.

Damon decided to share his makeover with Dalkey resident Bono via FaceTime, and the U2 legend had a funny response. Check it out above.

Biden calls on businesses to ‘step up’ as he expresses optimism about the fight against the virus.

California Will Ban New Small Engines, Like Those Used In Lawn Equipment, By 2024

Ex-soldiers protest in Guatemala to get civil war payment

Could Cincinnati Shake Up the College Football Playoff Field?

Facebook Cannot Be Trusted To Manage Cryptocurrency, Say US Lawmakers