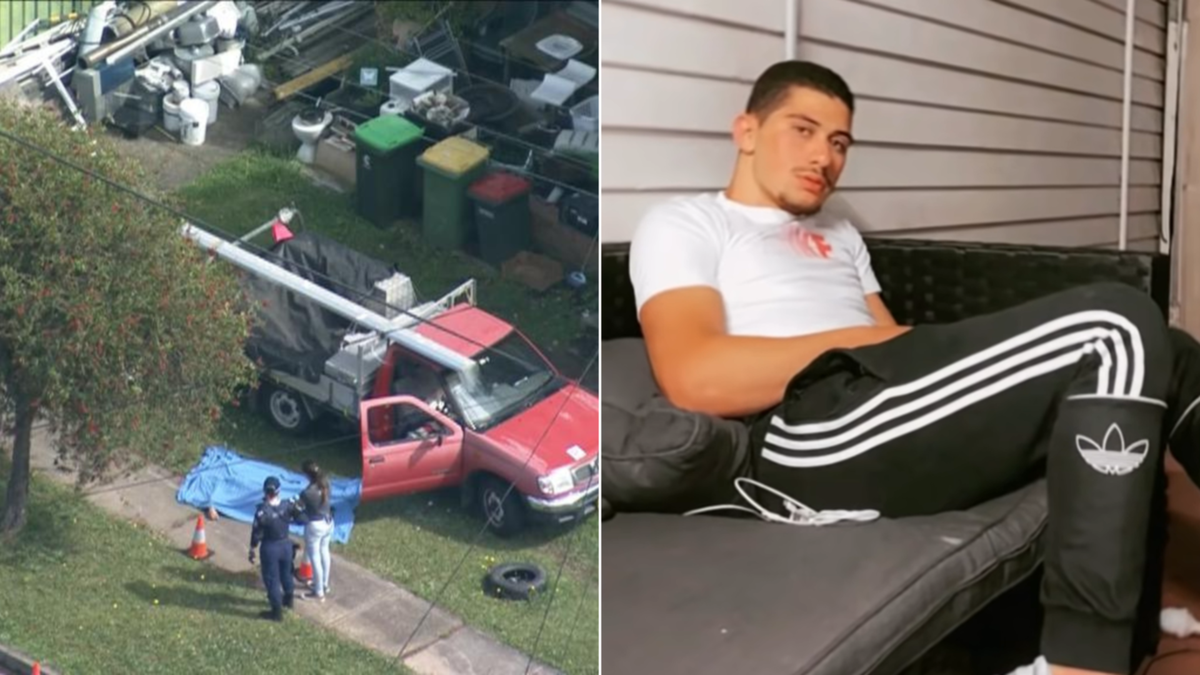 A man has been charged with murdering a father and son who were shot in their car in Western Sydney last year.

In one of several suspected gangland shootings last year, Toufik and Salim Hamze were gunned down as they sat in a red ute outside their Guildford home early on October 20, 2021.

WATCH THE VIDEO ABOVE FOR MORE

Salim, 18, died in the car, while his 64-year-old father died later in hospital.

Detectives from the State Crime Command’s Homicide Squad established Strike Force Ormerod to investigate the murders that are believed to be gang linked.

In August, detectives charged a 25-year-old man over his alleged role in the incident and he remains before the courts.

He was charged with two counts of murder and knowingly and recklessly directing a criminal group to help in a crime.

NSW Police will allege in court that the man had direct involvement in the planning and co-ordination of the cars used before and immediately after the double murders.

He will appear in Grafton Local Court on Wednesday.

The development comes just weeks after police released new CCTV footage of a car believed to have been used in the shooting.

Vision released in October shows a black Toyota Camry in the vicinity of The Esplanade, Guildford, shortly before the shooting occurred.

The deaths were linked to an ongoing feud between the Hamze and Alameddine crime families.

“Toufik Hamzy died due to his son’s involvement in the criminal milieu, but nor the community or police will tolerate the slaughter of an innocent man and those responsible should know they are on borrowed time,” Doherty said.

Outback Wrangler star Matt Wright will face court today over the chopper crash that killed his co-star Chris Wilson. Here’s what we know so far

Denial of responsibility! NewsConcerns is an automatic aggregator of the all world’s media. In each content, the hyperlink to the primary source is specified. All trademarks belong to their rightful owners, all materials to their authors. If you are the owner of the content and do not want us to publish your materials, please contact us by email – admin@newsconcerns.com. The content will be deleted within 24 hours.
Courts & JusticeCrimeNewsNSW News
0
Share