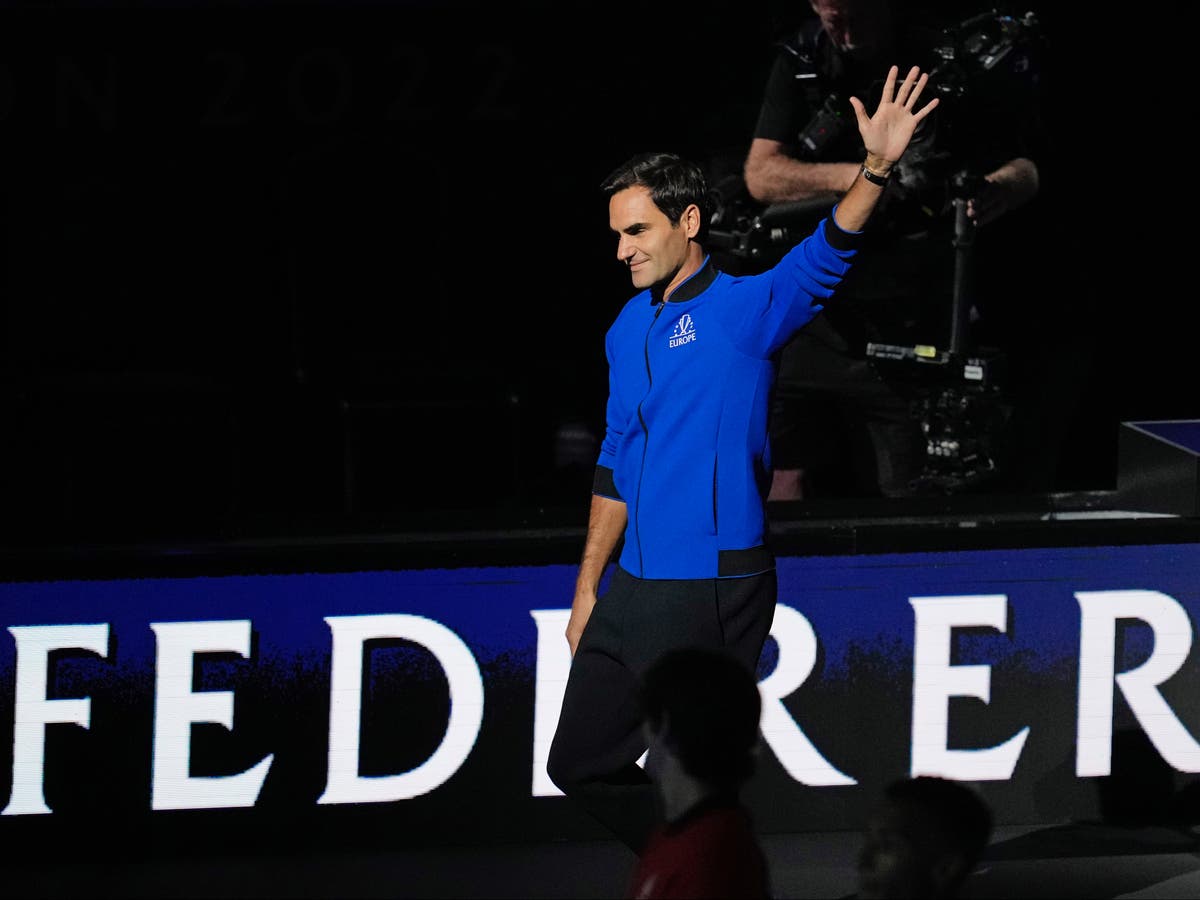 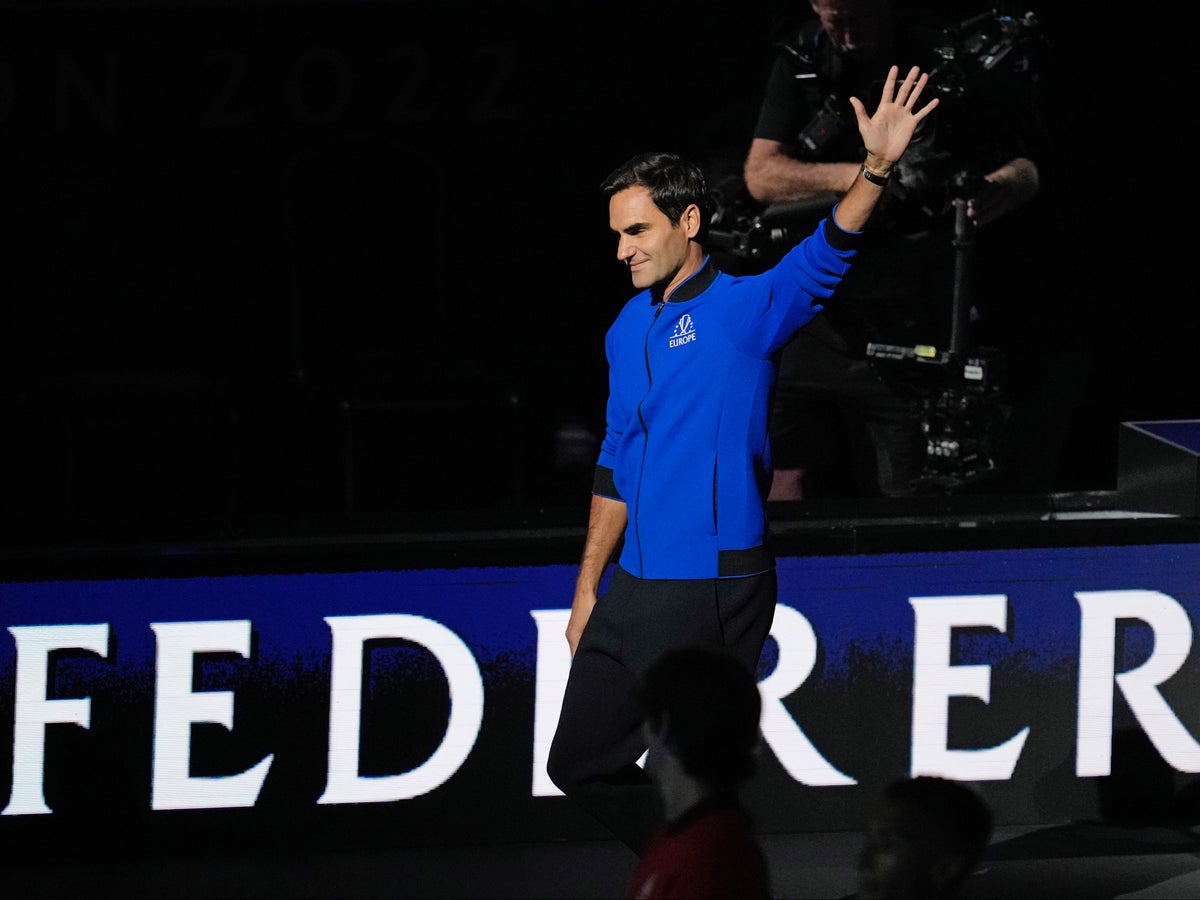 A historic night of tennis awaits in London as Roger Federer bids farewell to the sport and plays the final match of his career alongside Rafael Nadal in the Laver Cup. Federer, who will go down as perhaps the greatest champion in tennis history, will retire from the sport at the age of 41 and the moment has brought the sport and his rivals together at the O2 Arena.

Federer’s wish to play his final match with his great rival Nadal has been granted, setting up a special occasion with Novak Djokovic and Andy Murray also competing for Team Europe. They will be taking on Team World, who are led by John McEnroe and have lost all four previous editions of the matchplay-style event.

Before tonight’s doubles, three singles matches will be played. Casper Ruud won the opening match of the day against Jack Sock 6-4 5-7 (10-7), and it is followed by Stefanos Tsitsipas against Diego Schwartzman. Murray then faces Alex De Minaur before the eyes of the world focus on Federer for a final time and the Swiss brings his legendary career to a close. Follow live updates of the opening day of the Laver Cup, below:

Ruud wins it with a whipped forehand winner and Europe take the opening point of the Laver Cup!

That become very close, very quickly. Ruud played his best tennis in the first few games but allowed Sock to get back as his level dropped.

He found a way to get through in the tiebreak, despite being 0-3 down early on.

He admits that nerves played a part, especially given those on the bench watching him! But the Norwegian gives Europe the ideal start.

Ruud has his head in his hands after putting a poor forehand into the net – Sock has hope once more and it’s back on serve.

But now it’s Sock who sees a chance go begging! Ruud fires a pass at his feet and the American can’t get down to the drop volley. Ruud is two points away at 8-6.

Sock throws his racket away in disgust at a forehand that droops into the net – his advantage is gone and Ruud has the chance to take control on serve.

And that’s just what he does. Sock’s backhand pass goes astray before Ruud sends a great serve down the T. After winning six points in a row he leads 6-3.

Sock gives away another poor forehand for Ruud to lead 7-4 on serve, but Sock stays in there with a nice backhand pass. Ruud leads 7-5 at the change.

All the European team are back out now. Sock gets on the board first as Ruud pushes a forehand wide, and then an erratic return on the backhand moves the American 2-0 up.

Sock digs in behind the baseline, but Ruud has lost the decisiveness of his early play. He sends another forehand wide but gets a break as Sock throws in a gift with a forehand that goes long. 1-3.

Ruud’s serve is met by a wawward return from Sock, before Ruud scrambles back to the baseline and plays the tweener – which Sock crashes into the net! 3-3 at the change.

Now can Sock finish the job and take this into a deciding tiebreak? He gets off to a strong start with the overhead and a whipped forehand winner out wide, brining another meme-worthy reaction from Tiafoe.

And he finishes it with a flourish! Another lovely drop shot from Sock – and he takes the second set!

A 10-point match tiebreak will now be played to decide the opener.

Well then. Ruud double faults to open his service game and then pushes a forehand wide. And another double fault brings up three break points!

That was very similar to the end of the first set. Sock had barely threatened before Ruud suddenly put himself in hole.

The Laver Cup scoring system means that if Sock can nick this, he would only be a 10-point tiebreak away from winning the match.

But another tight forehand from Sock in mid-court brings the pressure back at 15-30, moving Ruud just two points away.

Sock responds with a big serve down the middle before Ruud shanks one from the baseline.

Brilliant point! Sock levels after taking a chance with a lovely drop shot, which he then followed with a forehand pass onto the line.

A stunning inside-out forehand from Ruud from the tramlines, arrowed down the line, sees Sock face 0-30, but the American gets away with the hold, A couple of gifts from Ruud were followed by agressive play from Sock, and he stays alive.

Ruud then duly rattles off his own hold, finished with another lovely forehand down the line from what would normally be the backhand side.

The pressure is back on Sock.

Federer and Djokovic are back out, just as Ruud faces some pressure at 15-30. But Sock’s forehand lets him down again as he nets on a good opportunity on Ruud’s second serve. Sock then goes long and wide and Ruud edges back in front.

Hang on, though… Ruud comes into the net and says the umpire missed his own let! So the point is played again. And guess what? Ruud doubles faults!

It brings up deuce but Ruud quickly wins the game after all.

Tiafoe gets out his seat once more with a ‘let’s go!’ as Sock holds, keeping himself in this. There looks to be some chemistry between the Americans, ahead of their doubles match agaisnt Federer and Nadal later.

Boston Dynamics and Others Sing Letter to Never Arm Robots