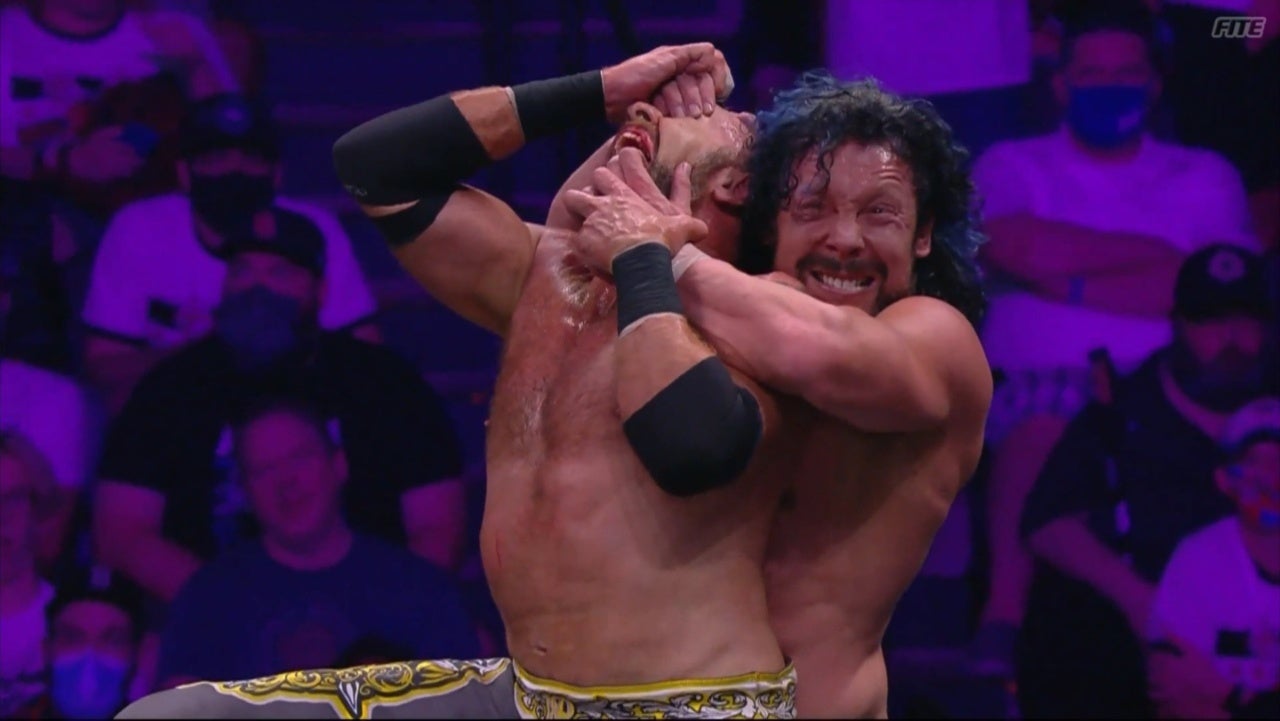 AEW All Out ended with Kenny Omega retaining his AEW World Championship over Impact World Champion Christian Cage. The match started off hot, with Cage jumping out of the ring to score a big dive on Omega, and Omega returning the favor by breaking a table over Cage’s chest while he was laying on the ground. Omega quickly took control of the match afterwards, landing a series of V-Triggers on Cage. Cage and Omega then tried to put each other through a second table, with Cage landing a spear to put Omega through the table, but slicing up his chest in the process. While Gallows and Anderson tried to interfere in the match, Cage managed to sneak out of trouble and Anderson ate a V-Trigger from Omega in the process. Cage then scored a near fall with a Kill Switch, but couldn’t capitalize. Omega would eventually pick up the victory with a One Winged Angel from the top rope after Cage got distracted by Don Callis stepping into the ring.

This was the second time that Cage and Omega had faced each other in singles competition. The last match, which took place last month, resulted in Cage winning the Impact World Championship from Omega and handing Omega his first loss in nearly 18 months. That loss also was the first sign of weakness from the Elite during their current run as dominant heel champions. While Omega managed to retain his AAA Mega Championship during a title defense against Andrade in Mexico last month, the Young Bucks lost the AEW Tag Team Championships to the Lucha Bros. earlier tonight.

Omega’s championship run continues at 277 days, having won the championship in a hotly disputed match against Jon Moxley. However, a new challenger is likely on horizon. After Omega and the Elite beat down Cage after the match, Adam Cole made his shocking appearance at AEW but quickly aligned himself with the Elite. However, that wasn’t the only surprise in store to end the night. As Omega went to close out the show, it was Bryan Danielson, the American Dragon himself, who arrived to save the day. Omega will likely be seeing Danielson in the very near future, perhaps as soon as Full Gear, which will take place in November.

Denial of responsibility! NewsConcerns is an automatic aggregator of the all world’s media. In each content, the hyperlink to the primary source is specified. All trademarks belong to their rightful owners, all materials to their authors. If you are the owner of the content and do not want us to publish your materials, please contact us by email – [email protected]. The content will be deleted within 24 hours.
All Out (AEW)Christian (WWE)Kenny Omega (AEW)
0
Share